Football Manager 2016 is a popular addition to the sports management genre. If you have not heard of that gaming genre then it mostly focuses on creating and managing a team while handling business concerns and other issues inside and outside the roster. You are responsible for the tactics and strategies of your team and when they play you only get to watch as the action unfolds.

Sports management games are mostly text-heavy with a lot of micromanagement and a minimal amount of animation or graphics so it may turn off those who are new to the scene. But if you decide to invest many hours in persevering through a steep learning curve then you are rewarded with a rich and detailed gaming experience like no other.

However if you are already a veteran and on the hunt for a different game like Football Manager 2016 then check out this list we have made for you: 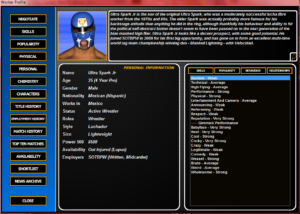 As a kid you probably fantasized about being a wrestler. But maybe some of you fantasized about managing a roster of wrestlers. Total Extreme Wrestling 2013 fulfills the dreams of those who wanted to become the next Vince McMahon.

Total Extreme Wrestling 2013 was originally a text-based game named Extreme Warfare way back in 1995. As the years passed by it evolved with new features and its name was changed into the one we know now. It is still heavily-reliant on text so you won’t see wrestlers fighting on a ring.

The game puts you in the shoes of a promoter as you do your best to run the business smoothly. You will book matches, scout for talents, and negotiate with people of different personalities. Wrestlers each have their own long list of categories that define how well they do in the squared circle. You’ll have to individually check them to determine how to make the most out of your growing roster of talent. There are also instances of backstage drama whose outcomes might affect the business itself.

Total Extreme Wrestling 2013 provides a deep gameplay thanks to its incredible amount of detail and options. However this might overwhelm new players especially as the tutorial does not cover everything in the game. If you want to use real life wrestlers and companies then you can download mods in the game’s forum. The 2016 version is currently on the works and is reported to be released sometime in May. It is up for grabs on Steam for $19.99. 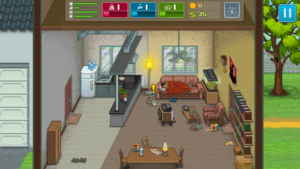 While Football Manager 2016 and other sports simulation games make you handle entire teams, Punch Club focuses only on one boxer for you to train and manage. It also adds a dash of RPG to the mix.

The game actually has a plot wherein the protagonist is on the hunt for his father’s killer. You’ll help him achieve this by training him while juggling other responsibilities. Yes that’s right, aside from hitting the gym you have to shop for healthy meals and visit your girlfriend. You also need to make money by working on a job as many activities in the game require some cash. These are all separated in different locations on a world map. Random encounters and quests are also a thing here.

As you grow stronger your attributes increase and you get to unlock moves from a skill tree. These are utilized in an AI-controlled fight where losing might end you up with an injury. The attributes can also deteriorate when you do not take care of them so train hard but do not overdo it or else they will decline faster. It is actually possible to get stuck at some point of the game if you’re doing things wrong thus warranting a full restart.

Punch Club freshens up the simulation genre with role-playing elements and some amount of humor. The chiptune background music and beautiful pixel graphics add a nostalgic feel to the game.  Get it on Steam, iOS, and Android. 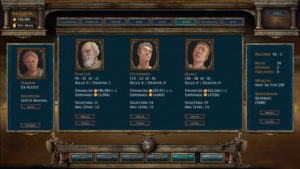 Let’s step back in time where fierce warriors fought each other to the cheer of a bloodthirsty crowd. Age of Gladiators puts you in the sandals of a boss who handles these men who fight to the death for money and glory. Think of it as Football Manager 2016 with the chance of a gory decapitation.

The gladiators have their own statistics that are increased through missions or training. Staff can be hired like doctors and trainers who can help you take care of your warriors. It is also imperative to enhance the ludus (gladiator school) and diet of your men so they perform at top shape. The money you earn from victories will be used to equip your men with better armaments and to pay for the salaries of your staff.

During a fight you can place bets on your own gladiator or his foe while choosing the amount of purse you will share with your man. Betting against your fighter is risky as it can trigger a certain event against your favor. The battle is done on a text box devoid of any graphics and instead only lists the actions of the fighters with sound effects of steel clashing. Your gladiator can be executed if he loses and the crowd demands for blood.

Circumstances like running out of money will force you to make difficult decisions. For example if you run out of money you can either lend some from borrowers or have your defeated prize fighter killed off so you can take away his savings. Taking the shady route to wealth can tarnish the reputation of your gladiators which will negatively affect their performance.

Age of Gladiators puts a classical spin on the sports simulation genre with some bits of choices that can be morally questionable at times. It is available on Steam for $9.99. 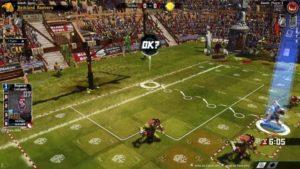 For the uninitiated Blood Bowl is originally a board game where Warhammer Fantasy races duke it out in a very violent game of American Football. It later spawned a video game and a sequel followed afterwards.

You get to choose among the races to play with. They each have their own strengths and weaknesses except for the Humans as they are the balanced race. Unlike the other simulation games you actually get to control your team during a match like a turn-based strategy game. Unfortunately like its board game counterpart dice rolls are the deciding factor here so you better start praying to Lady Luck for favorable outcomes. The graphics are detailed and remarkable with close-up shots of players bashing other players in the face.

The Player Marketplace provides new team members as the mortality rate in the game is very high. Players also level up and improve their skills via dice roll but when they reach a certain age they will automatically retire.

Blood Bowl 2 brings turn-based strategy and the mayhem of Warhammer Fantasy to the football field. It is available on Steam, Xbox One, and the Playstation 4. 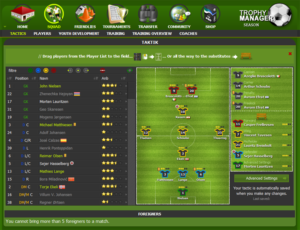 Trophy Manager brings the fun of Football Manager 2016 to your browser as you compete with thousands of teams worldwide.

The game begins with a tutorial that details the basics. Complete it and you’ll be rewarded with cash and free Pro days. Being under Pro gives a lot of useful functionalities but it requires a monthly subscription aside from obtaining a few days free.

You’ll spend your hours training your team and making sure that their lineup is properly organized for a game. The stadium where they train also need to be invested with upgrades that takes days to finish.

AI-controlled matches against other teams take place in real-time and you can actually watch its 90-minute entirety complete with an animation that’s actually quite impressive. Of course you can always skip it and focus more on the important things to ensure victory.

Trophy Manager keeps things fresh with seasons and day-specific events. Despite being a browser-based game it is actually pretty detailed and may appeal to both casual and hardcore simulation gamers alike.

Have you tried any of these games? Do you know other games like Football Manager 2016? Let us know in the comments below.