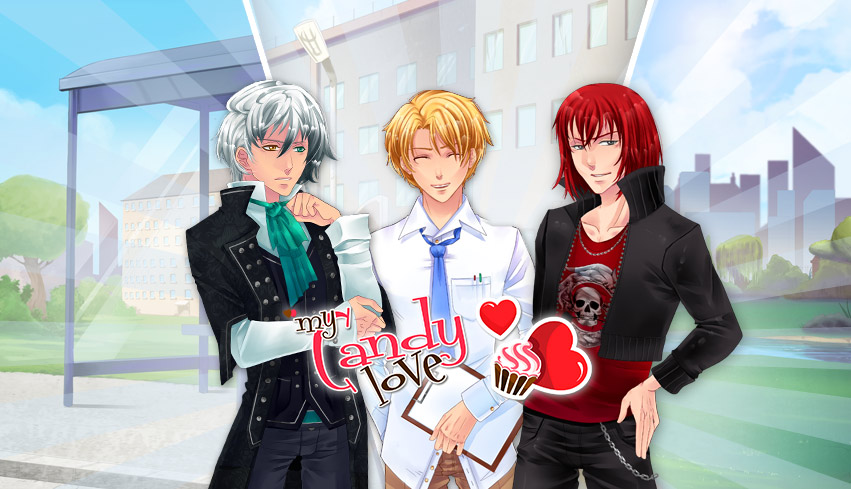 What is My Candy Love?

My Candy Love is a game with a premise that most of us have heard of before. It’s a visual-novel style game where players create their own avatar and make different choices that affect a central story. In My Candy Love, you play as a high school-aged girl, and you progress through different episodes in order to win the guy of your dreams. This game released about five years ago, but new episode releases keep its fans coming back for more. It’s also a highly accessible game — available to play for free in your web browser or on your mobile device. Basically, it has all of the tools that a visual novel game may need for success.

However, there are a couple of reasons why I can see someone looking for an alternative to My Candy Love. Perhaps the most obvious reason would be that this game only lets you play as a female character. As you’ll see in some of the earlier items in this article, very few visual novel/dating sims let you choose the gender of the playable character. Still, this is sort of a drawback. I have also seen a few people complain about the game’s graphics and lack of meaningful decision-making, which are both fairly common complaints in the visual novel genre. If you’re looking for an alternative to My Candy Love, you’re in the right place. In this article, I’m going to talk about some of the best games that are similar to My Candy Love, with some that I think may even be superior. Without further ado, let’s get right into it. 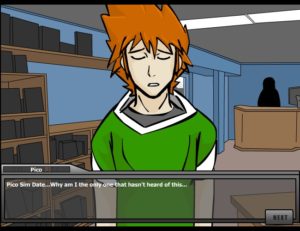 ne of the greatest parts about My Candy Love, in my opinion, is that the game can be played on a mobile device as well as in a web browser. Although I acknowledge that Flash as a medium is pretty much dead, as someone who grew up without a really beefy computer, I hold a great appreciation for games that can be played directly in your browser. Pico Sim Date 2 is one of those games. This game is widely considered to be one of the best browser-based dating sim games out there, and it’s for good reason. In Pico Sim Date 2, your girlfriend has been kidnapped, and you need to seduce a different girl to determine where she has been taken. It’s sort of a silly premise, but it’s executed surprisingly well, with excellent writing that never takes itself too seriously.

The game progresses sort of like an RPG, and its gameplay is probably the best gameplay out of every other game on this list. You grind certain attributes depending on which girl you’re trying to win over, and in dates you’re faced with standard dating sim trivia questions. You’re also able to do combat with bad guys from time-to-time, and I think that combat is one of the strongest parts of the game. Pico Sim Date 2 isn’t without its issues, however. To begin with, this game is really old. That’s not inherently bad, but you can’t expect a game that released in early 2007 to be up to par with some of the other, more recent games on this list. This game doesn’t look great, which I know can be a major turn-off for people looking for a My Candy Love alternative. Not only that, but again, there isn’t really any character customization to speak of. You’re stuck playing as Pico, and although you can change his apparel, you can’t change his appearance in any way. I think that this is definitely a great dating sim game, and it’s just as accessible as My Candy Love, but I think that some of the other games on this list are a little more well-polished. 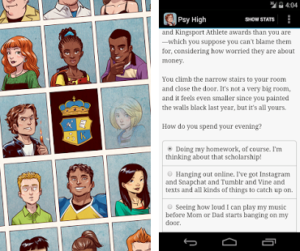 I am a well-documented fan of the Choice of Games series. For those who are unaware, Choice of Games is a developer and publisher that specializes in releasing text-based games, across a variety of genres. In Psy High, you play as a psychic high schooler who finds themselves thrown into a dark mystery. You have to navigate the treacherous waters of this mystery while still keeping your academic and social life afloat. I think that the game’s premise is kind of similar to the more “vanilla” premise of My Candy Love, and I think that fans of MCL would probably like this interesting spin on the high school genre.

Romance has always been one of the things that Choice of Games does best, and that’s no different in Psy High. Players are able to fully customize their character, from name, gender, and sexuality to personality and appearance. It can be a really immersive experience, and it also offers a lot of replay value as you experiment with different character builds. Not to mention, all of your romance options are pretty likable, covering most of the basic archetypes. You have the popular kid, the bad kid, your best friend, and so on. Not to mention, all of this romance is backed by a surprisingly gripping overall plot line, which I think is kind of a luxury in the dating sim genre. However, I know that as a text based game, Psy High is at an inherent disadvantage to most of the other games on this list. Although it’s probably a personal favorite, if you’re looking for a visual novel, then by definition, this game isn’t the best fit. However, I still highly recommend it to anyone looking for a fun, deep text-based experience. 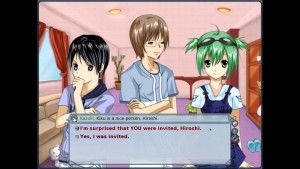 Although Shira Oka isn’t really a household name, I can say with certainty that this is one of those games that most fans of the visual novel genre have at least heard of. In a lot of visual novels, you’re often dealing with stories that can get kind of out there. Shira Oka is one of the more vanilla games of its genre, in that it just involves a guy going back in time and reliving his high school years. There are multiple endings, as you’re able to pursue multiple girls, and the game is actually really comprehensive. One of the greatest complaints that I have heard about My Candy Love is that your choices don’t impact the game enough. Shira Oka is a very elaborate, very lengthy game, and the large cast of characters ensures that you can play this game over and over again and get a different outcome each time.

Each story branch in the game can take several hours to finish entirely, so you don’t really have to worry about running out of content in this one. If you’re getting frustrated with the slow drip of content that typically comes with My Candy Love, I think that this game is probably a pretty good fit. However, like Pico Sim Date 2, this game is really old. Although its English version was released in 2010 or so, the original Japanese game is even older. A lot of the character designs aren’t particularly appealing by today’s standards, and considering that you’re going to spend the majority of your time in this game looking at these characters, I think that it would be important for them to look good. If you don’t mind the sort of dated art style, I highly recommend this game to you. Otherwise, I think you’ll be happier with some of the later games on this list. 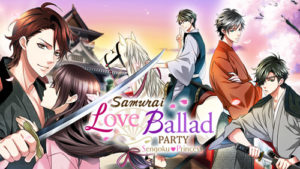 Voltage is an app developer that has made a huge name for itself by putting out dating sim/visual novel apps that are equal to (if not better than) games like My Candy Love. They’re an absolute giant in this genre, and I think it would be wrong to exclude them for this article. In Samurai Love Ballad: PARTY, you play as a woman who suddenly finds herself in a dramatic Japanese conflict, and assigned a samurai to protect her during this time. As you can probably guess, you eventually fall in love with this samurai. The game offers twelve romance options, which I think is a pretty large pool to choose from. Odds are, there’s a character in there that matches a particular archetype that you enjoy. 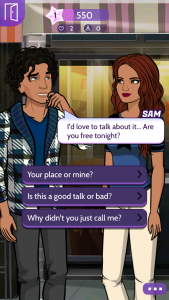 Not only is Episode a game that allows users to play as both male and female characters, but I think that it has the sort of tone that most fans of My Candy Love are looking for. It’s nothing too weird, it’s nothing too out-there. You’re able to follow all sorts of stories, and most of the characters are written in a very believable way. In Episode, players are able to unlock “episodes” of all different sorts of stories, from high school romances to science fiction dramas. This game gives the user so much freedom that it’s insane. It’s without a doubt one of the most versatile games on this list, and it’s why I decided to place it at the top.

Like My Candy Love, Episode has a freemium payment model, which is probably the only problem I think the game has. However, if you have played My Candy Love before, I think it’s safe to say that you’re used to dealing with this sort of payment model. Once you navigate around that slight issue, you’re free to enjoy all of these different stories, in whatever way you want. Episode is a game that has made a name for itself by putting out stories that are compelling, easy-to-follow, and well-written. Players go through these stories by making little choices, and each choice that you make ultimately affects the episode’s outcome. I think that when it comes to offering choice (which is absolutely key in a visual novel) Episode does an excellent job on every level. From both a tonal and visual standpoint, I think that this is a perfect match for someone looking for a game like My Candy Love. If you like what you’ve heard about Episode, you should also check out this article that I wrote on the top five best games like Episode.

And that’s it! In my opinion, those are the top five best games like My Candy Love. In writing this list, I tried to avoid games that had a lot of sexual content, and I also tried to avoid visual novels that were completely different from what a Western country would consider normal. I’m sure I missed a couple of gems, though, since this genre has grown so crowded in recent years. If I missed your favorite visual novel/dating sim, feel free to drop into the comment section below and tell me all about it.