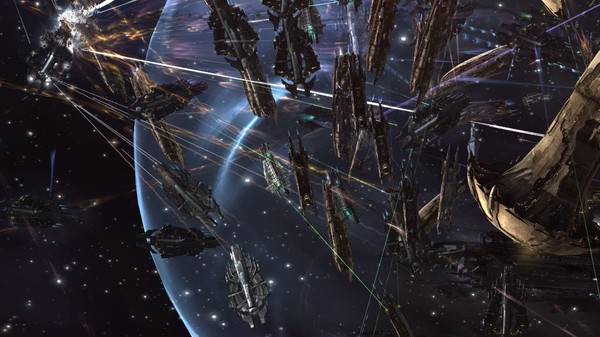 EVE Online is a massively-successful space-based MMORPG where it is more than just blowing up other players while hurling insults on the chat box. The game gives you freedom to do whatever you please. Harass others as a pirate? Peacefully engage in exploration or mining? Join other players in corporations and wage huge galactic battles? It’s all up to you.

As of now there seems to be no other MMORPG that completely equals the depth and beauty of EVE Online. However there are a couple of titles that provide almost the same gameplay. Read on and find out our list of games like EVE Online. 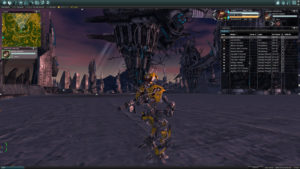 Perpetuum puts you in control of a robot as you explore an alien world along with other players who may either want to kill you or just be rich, or both.

Experience points are earned automatically as time goes by unlike other RPG’s where it is only gathered through certain actions. This time-based progression of characters ensures that players don’t waste precious hours grinding in order to level up.  The game’s sandbox element also allows players to manipulate the landscape to suit their needs. Want to erect or shrink a mountain? A natural fortress? It’s all up to you.

The game’s economy is player-driven so expect NPC shops to sell only low tier equipment and items. It also follows the law of supply and demand. It is up to the players to acquire the resources needed in order to create better gear. So if fighting is not really your thing and you only wish to fill your pockets with NIC (the in-game currency) then you can go ahead and live the life of a trader or producer. Industrial operations also play a big part in Perpetuum.

If violence is what entertains you then you can hang around islands that are designated as “beta” where players can freely engage in PvP. Large-scale fights take place when players play tug-of-war to see who gets to control their resources and territories.

Perpetuum is available on Steam for $9.99. They have dropped the subscription payment model in favor of a single purchase before playing. 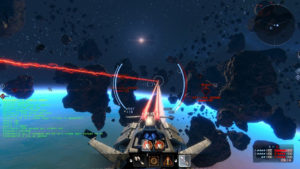 Star Conflict is a free-to-play space-based MMORPG where you go on dogfights with other players. Unlike EVE Online where exploration and progression are both important, Star Conflict puts much of the spotlight in combat.

The action-focused gameplay of Star Conflict offers several game modes. You can complete contracts in exchange for cash and loyalty points, fight other players in huge space battles, or climb up the ranks of the leaderboards. There is also a bonus given to players who win their first fight of the day.

The ships can level up as you fly it and are highly customizable with equipment. The equipment can be upgraded to higher tiers but require loyalty points. Pilots can learn skills which are called “implants” that provide various passive bonuses for the ships they use. As you progress in the game and gain ranking you can unlock more powerful types of ships to use in battle.

Fights between spacecraft are shown in great detail thanks to the game’s stunning graphics. Movement is fluid and does not feel sluggish. Epic battles between huge fleets of pilots make things a lot more thrilling. Get this game on Steam with no charge at all. 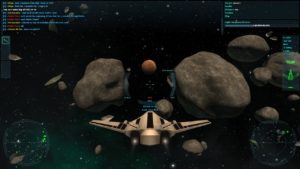 Vendetta Online contains the basics of space-based MMMORPG’s such as combat and trading with a few new additions.

The game world consists of 30 connected systems. Each of these systems contains 256 sectors. The territories of the three main factions are color-coded and are relatively safe compared to the gray areas where anyone can shoot you without warning.

There are a good amount of ships available. They each have individual statistics that determine which purpose they serve best. Weapons come in many different forms; some fire basic ammunition or energy, while others are more complicated in function. However armaments are trumped by knowledge and tactics, so don’t expect to win if your ship is bristling with expensive gear yet you can’t maneuver it properly.

Licenses are the skills in Vendetta Online. These are leveled up with constant practice. So if you are into heavy weaponry then you can rack up experience points in that license the more you use that kind of weapon.

If you are tired of trading or playing as the nice guy then you can move to a career in piracy. You can go alone or form a group of like-minded individuals to stalk the stars in search of traders with cargo-laden ships. It is up to you if you want to bribe them out of their haul or use your trigger-happy tendencies to get it all. Or you can go on the other side of the spectrum and hunt down these pirates for bounty and glory.

Vendetta Online is available on Windows, Mac, and mobile platforms Android and iOS with a monthly subscription fee. It is also reported to be the first MMO to support the Oculus Rift, so you can fully immerse on your space-faring activities. 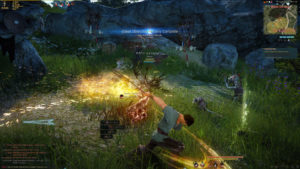 Now for something that does not involve pew pews and cosmic dust. Black Desert Online takes you to a fantasy realm where two nations are at war.

The game offers a plethora of activities aside from combat like fishing and cooking, to something more different like establishing trade routes or tending to your housing. Quests are sprinkled along to provide you with rewards as you learn more about this unique world, and immersion is provided through the exclusion of fast travel.

If you don’t wish to walk through great distances then you have to tame or breed a horse for more mileage. But lengthy trips are not a problem considering the rich and incredibly detailed landscapes of Black Desert Online.  You’ll have to make preparations though as the weather can bring unwanted surprises on your journey, and don’t forget to bring horse feed if you don’t want your trusty steed to starve and die.

You are given the choice among eight gender-locked classes. Fighting is action-packed and fun with a focus on accuracy and agility over auto-aiming. The inclusion of parkour in Black Desert Online allows you to vault over walls and climb rooftops for vantage points. Battles between huge groups of players are possible through guild wars or in laying siege on enemy regions.

Black Desert Online is available for a one-time purchase of $29.99 while it is free-to-play in Japan, Russia, and Korea. Check first if your region is supported as not all can download the game at the moment. 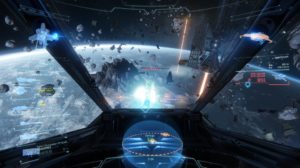 Star Citizen is the brainchild of Chris Roberts, the man behind the critically-acclaimed Wing Commander series of games. It promises a lot of innovations in a very populated genre.

The game offers the usual career choices of fighter, trader, explorer, and pirate. Combat is backed up by realistic physics with a chance of permanent death when you bite the bullet one too many times. Even simply flying your ship can have negative effects on the pilot if you push it to the limit. Going too fast can increase the chances of an injury or blacking out.

There are a wide variety of ships to choose from that will suit your chosen career path. You can go solo or with a group of players or NPC’s aboard a multi-crew highly-customizable vessel.

Most space-based games only take place in the cosmos. Star Citizen takes it to the next level by allowing you to disembark and explore certain worlds complete with FPS combat. You can even stake your claim on a new world and reap its valuables while fighting away those who would want to take it from you. As for flying in the stars, there are many things to see and discover like abandoned vessels or hidden bases instead of the usual asteroid fields.

With over $112 million funds raised Star Citizen is considered to be a record-breaking crowdfunding project. It is set for a release sometime in 2016 and is also reported to support Oculus Rift.

Have you tried any of these games like EVE Online? Or do you know other similar titles? Let us know in the comments below.