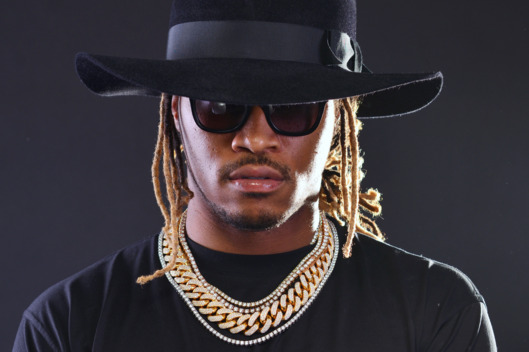 Future may be the hottest rapper in the world right now. Though his debut album in 2012 and his follow-up in 2014 were well received and brought him success, it was 2015 that saw Future go from an underground success into a full blown superstar. Last year he put out two mixtapes on his own label, Beast Mode and 56 Nights. All of these were well received and lead to his growing presence in pop culture. His 2015 studio album Dirty Sprite 2 sold over a hundred thousand copies and hit number one on the US rap charts. His 2015 mixtape with Canadian rapper Drake, What A Time To Be Alive, spawned multiple hits and went platinum, selling over half a million copies. Despite all of this, Future’s net worth isn’t very high right now because his success is relatively new. He has been rapping about very expensive cars for years, but he will be able to actually afford more of them soon if his profile continues to rise as it has. However, he is also facing some legal trouble financially that may make it difficult for him to grow his net worth for a while.

How Did Future Make His Money And Wealth? 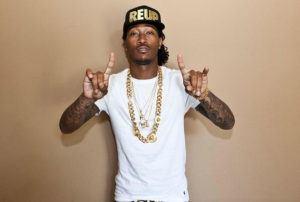 Nayvadius DeMun Wilburn (what a name!) was born in Atlanta, Georgia on November 20th, 1983. That makes him thirty two years old, which is fairly old to finally be breaking through as an artist. He initially rapped with the music group The Dungeon Family. Also in the group was his cousin, who is a record producer and was the one to persuade him to start taking his musical career seriously and try to have a go at being a rapper. He was soon signed to A-1 recordings. Since he got his first record deal, he has become known as one of the hardest workers in music. He has put out an almost ridiculous amount of music in an effort to break through, and has released much of it for free. He has said that he will often spend up to twenty hours in the studio at a time, a testament to his incredible work ethic.

He started to get good reviews in 2011 and 2012, and his sound was marked by his heavy use of vocal effects, including autotune. His first studio album, Pluto, came out in 2012 and did fairly well. Where as his work in those years was mainly limited to features and doing hooks for other artists, he started to work more on his own last year, including big singles like F*ck Up Some Commas and March Madness.

Along with Future nearly every step of his career so far has been his main producer Leland Tyler Wayne, better known as Metro Boomin. Metro Boomin is only twenty two years old and has, through his work with Future, somehow become one of the most sought after producers in the world. He has made beats for rappers like Drake and Kanye West, propelled from his success with Future. His production work is easily recognizable from his tagline “Metro Boomin want some more” which will often appear near the beginning of songs that he produces. “If young Metro don’t trust you, imma shoot you,” is another one of his tag lines. The phrase was first uttered by Future, and caught national attention this year, especially when a reporter asked former Republican presidential candidate Ben Carson what he thought about the line as a joke.

In 2016, Future seems to have carried on where he left of in 2015 so far, releasing his forth studio album, EVOL, in February. He also released another mixtape, Purple Reign. If the past is any indication, we will likely see quite a few more releases from the Atlanta based rapper before this year is through. 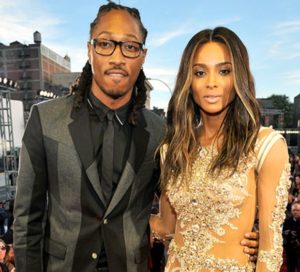 Future formerly dated popular pop and R&B singer Ciara, and the two of them were engaged in 2013. However, since then their relationship has fallen apart in dramatic fashion. They split up in 2014, and last year Future took to Twitter to drag Ciara through the mud for personal issues the couple were continuing to have. Right now, there is a case pending against Future for defamation, slander, and libel. Ciara cited both Future’s social media presence and his song lyrics as having said damaging and untrue things about her. Now Future is presumably single, and Ciara is engaged to Seattle Seahawks star quarterback Russell Wilson.

Does Future Have Kids?

Future has a son with Ciara, and their son is at the centre of the high-profile drama between the pair. Future has said that Ciara has “control problems,” and that he needs the help of lawyers just to see and interact with his son. Future has also complained that he pays Ciara fifteen thousand dollars a month in child support, which adds up to a fairly astounding $180 000 a year. For some rappers that amount would seem like chump change, but as Future has yet to stack money like Jay-Z or Kanye, it seems as though his child support payments are hurting his pockets.

Aside from his one child with Ciara, Future has three other children with other women. He is also said to have one adopted son.

Where Did Future Go To School?

Future did not go to college, but he attended Columbia High School in Atlanta. It is said that he began writing poems after reading the work of William Shakespeare when he was a teenager, a skill which would later turn into writing rap lyrics.

What Does Future Drive? Picture Of Future’s Car 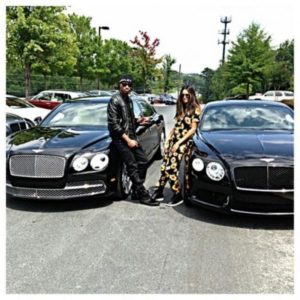 It can be hard to tell how much of Future’s work is autobiographical and how much of it is fantasy. He has rapped about waking up in a three million dollars car, and he has rapped about taking a shower in a million dollars worth of bills. What is known is that back in 2013, Future purchased a Bentley for just over $200 000. His girlfriend at the time, Ciara, had a Bentley of a matching colour, although hers is a Continental. It seems likely that in the time since then, he has acquired more high profile rides as his net worth has grown.

How Much Did Future Earn Last Year?

2015 was the most profitable year of Future’s rap career, with some reports saying he made around a million dollars over the year. He was also named as Spin Magazine’s 2015 rapper of the year. He has also, over the years, put together a collection of jewelry and watches that some say could be valued at around $700 000. He does have a song with Drake called Big Rings for a reason. It has also been said by one of his ex-girlfriends that Future carries around at least $25 000 in cash with him “at all times,” so it seems possible that his net worth is greater than what it is listed at. Last year, he made an estimated three hundred thousand dollars from his live performances alone.

Why Is He Called Future?

Future has had a number of nicknames over the year. When he was a youth on the streets of Atlanta, he changed his last name to Cash, so that it would be harder for the authorities to pin illegal activity to his real identity. In his early days as a rapper, he was referred to by others as The Future. He had another nickname at the same time; Meathead. Sometimes he was called Meathead aka The Future, but his friends wisely advised him to drop the meathead part. He has also been called Astronaut Kid, and has described his music as “astronaut music.” He is also sometimes called Future Hendrix.

Though Future’s financial well being has only flourished lately, he has a history of giving back to his community that goes back quite a long way. Every year, he hosts a coat drive that collects coats, other clothing, and games that he gives to needy children and families in the Atlanta area. The coat drive happens at the holiday season. Also, last year, he teamed up with record producer Mike Will Made It, who has a yearly dinner to support elderly people. Future has his own charity organization, which is called FreeWishes.