Sarah Schulz is the founder, baker, and mastermind of Schulzies Bread Pudding. She is seeking an investment of $160,000 for a 20% equity. Schulzie’s is rich, creamy, and delicious fresh bread pudding. What is bread pudding? Bread pudding is a crumbly, warm dessert that mainly consist of bread and pudding. However, it’s not like store-bought bagged bread combined with some gross pudding – the pudding is more like a warm, delicious syrup which melts the already-warm bread. The flavors Sarah gives out to the sharks are sweet home strawberry, celestial chocolate chunk, coconut with a little bit of strawberry sauce, caramel charisma, and radical raspberry. Of course, all the sharks are in love with the bread pudding – on a personal note, I don’t think I’ve ever had bad bread pudding.

Pudding? In response, Sarah rubs her pregnant belly and says that “this isn’t bread pudding” but rather her child, so the Sharks shouldn’t be worried – then says that the bread pudding desserts are around 600 calories without the pudding/syrup, and the pudding is another 200 to 250 calories. Lori asks about the exact specifics of the business, and Sarah says that Schulzie’s is a completely different experience from anything on the market. Most people don’t even know what bread pudding is anymore. Sarah wanted to bring bread pudding into a more prevalent light. Kevin asks if she’s rented retail space, which Sarah said she went to Venice Beach and bought a small windowed storefront, and entered into an asset purchase agreement, which would let her focus on developing the bread pudding. Barb asks if she abandoned her business, which Sarah says “isn’t even close,” and Sarah elaborates by explaining that she actually purchased a bread pudding parlor in San Francisco, and has since upgraded from her Venice Beach location. The old location had a walk-up window, at which point Kevin asks how many square feet the unit is; Sarah says her unit was 140 square feet (roughly 12 ft by 12 ft, or probably the size of your bedroom). Kevin continues to press, asking what the dollar amount for sales was last fiscal year, which was $190,000.

Robert asks for information on how Sarah went from the small location all the way to a parlor. Sarah says that San Francisco is a part-time home, and since she knows the unique quirkiness of the bay area, San Francisco has a unique foodie market. Things like the paleo diet and bubble tea shops and other unique diet items can be found all throughout the city. Robert asks if the San Francisco location is any different from the Venice Beach location, and Sarah explains that the San Francisco store is actually a walk-through brick building. The larger location in San Francisco has more flavors and more options, as well as being a much larger 800 square feet. Sarah then provides a mock-up, which looks like a typical cafe sort of deal – wooden interior, nice seats, and surfaces to work on. Mark points out the similarity in frozen yogurt stores to her design. Kevin asks her how much she intends to spend on rent for the 800 square feet unit, which comes out to $3,200 a month (surprisingly, not bad for the Bay area). The last month alone, the San Francisco store did $30,000 dollars in sales. All the sharks point out that “it sounds good, it sounds okay” – compared to some entrants on Shark Tank, Schulzie’s Bread Pudding seems to be doing very strong.

Kevin performs some calculations, and says the proper way to look at this situation is dollars per square foot of sales – this is how franchises figure out their possible locations for new stores to be built. In the original 140 square foot store, Sarah was averaging $1,300 per square foot, which is considered extremely good and on the higher end of the spectrum. In the San Francisco store, based on the first 3 months, Sarah has gone down to $450 per square foot, which is not good. Kevin says that if sales do not improve, the store should be closed down; Sarah has to pay people, pay the rent, and a $200,000 overhead to keep for advertising and general expenses. Kevin insists that something happened from moving between locations, to which Sarah says that San Francisco is an entirely new market. Venice Beach has the food traffic, but in San Francisco, nobody has heard about her and she has not invested any money into marketing yet. Mark asks how much total has been invested, and Sarah replies that she has invested $300,000.

Robert asks where the original $300,000 came from, which Sarah says came from her dad and is the reason for the name “Schulzie’s Bread Pudding” – her father passed away, and as things began to spiral, it was a gift from her to him to rename her store to Schulzie’s Bread Pudding. The sharks show a rare moment of total compassion, and are silent as they drink the fact in.

Kevin says that the operation aspect is still missing from her pitch, and that it isn’t for him. Kevin does not know if she can execute the business plan because there is no business plan yet. Kevin is the first shark to exit the deal.

Barb says that she does not doubt at all that people love her bread pudding, but she could not imagine making any money for some reason, and says she has to trust her instinct; she is out as well.

Robert says that Sarah’s passion for the product is fantastic, but he doesn’t think that she did a great job in showing him a business plan that he can get excited about. Sarah insists the direction is there, but Robert says not today – he is out as well.

Mark says that the problem is Sarah is by herself; she needs a complementary partner who can help guide her. The idea behind Schulzie’s is great, but the biggest risk to Schulzie’s Bread Pudding is ultimately Sarah herself. For that reason, he is out.

Lori is the last shark remaining, and says that she loves the saying “Don’t go where the path may lead, Go where there is no path and leave a trail.” She continues on, saying that Sarah may be on the brink of something fantastic, but she wishes Sarah was “more there” – more focused and realistic on the business. She says that she sees Sarah as teetering right now, and that could easily topple over the business, and for that reason, she is out of the deal.
Ultimately, Sarah is left without the investment she came for, but she feels confident since the Sharks immediately took to liking the taste of the bread pudding and that is confirmation she is on the right track. 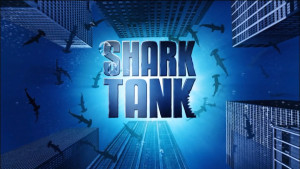 Unfortunately, it appears that Sarah closed down one of her bread pudding stores located in San Francisco – there is only one Schulzie’s Bread Pudding now open in Venice Beach, California. Sales appear to remain strong, as the store is only open from the hours of 1 PM (11 am on weekends) until about 10:00 at night. Schulzie’s Bread Pudding has their own website, which you can access here.