Recap of Sun-Staches on Shark Tank

Dan Gershon, Dave Levich and Eric Liberman appeared on Season 6 of the hit ABC television show, Shark Tank to pitch their “fun spin on a classic accessory.”  They started the company back in 2011 and described themselves as an up and coming facewear company that helps liven up any event or party. They started their pitch by wearing the traditional Groucho glasses, but quickly tossed the glasses off to the side and presented a variety of the current facewear glasses the company had to offer. The trio asked the sharks for $300,000 and a 5% equity stake in the company, a 6 million dollar evaluation.

They quickly dispersed several other designs to each of the sharks. The most befitting pair, was a devil design that was presented to Mr. Wonderful. Mark Cuban refused to wear his leprechaun pair, while Robert and Lori both sported their cowboy and cat designs. Robert Herjavec was the first to inquire further about the state of the company, asking if they had currently sold any glasses. The men responded that they currently had 5.7 million dollars in sales, with 2.8 million being solely from Sun-Staches. The rest of the sales came from their generic private label goods, which are traditional, mainstream sunglasses. Lori Grenier then asked about what retailers the company was currently working through. They responded that at the moment they mostly work with specialty retail, but also can be found in Party City and Toys R’ Us. Robert Herjavec went on to ask about each of the goods different price points at both the retail and cost level. The sharks were impressed to hear that the cost of manufacturing is between $0.75 to $1.50 and sold at retail for $7.99 to $12.99. The owners’ clarified that the price range is due to the complexity of the design. The trio tried to back their 6 million dollar evaluation by stating that they are on track for 6.4 million in sales and a $750,000 profit. 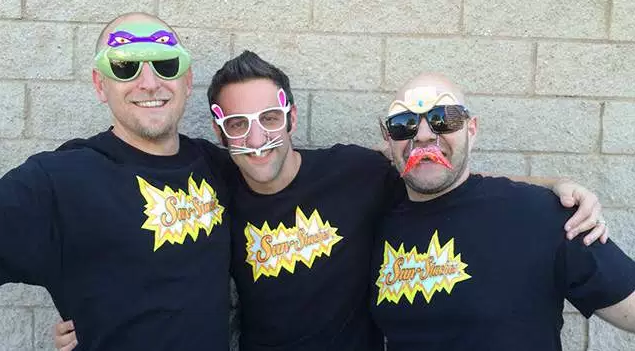 Unfortunately for them, Mr. Wonderful was not having any of it. He instead gave them a 2.5 million dollar evaluation and basically stated that they were delusional if they believed the company was worth any more than that at this point. He allowed them to try and defend their evaluation. The facewear company stated they felt the evaluation was fair because they had been recently in contact with Target department stores as well as working on other various licensing agreements. Robert Herjavec was quick to ask, “Then why do you need the money?” The three men went on to state they were having trouble getting the various licensing agreements and didn’t want to lose money going through a third-party company that may already have many of the licensing agreements they are aiming for.

Lori Grenier revealed that she just didn’t feel excited or passionate about the product and for that reason she was out. Mr. Wonderful quickly followed stating that because he felt they weren’t going to reevaluate their company to a price point he agreed with, he too was out. Robert Herjavec second Mr. Wonderful’s comments and felt that without a more reasonable evaluation he would not be able to move forward with Sun-Staches.

After three sharks dropped out, the facewear company quickly stated they were on Shark Tank to make a deal and gain a shark. They decided to decrease their evaluation down to 3 million dollars, asking for $300,000 and a 10% equity stake. Which left Damon and Mark still unimpressed.

Damon decided to offer them a deal on his own terms, 25% equity stake for $300,000. He reasoned that he was the best shark for the job due to his licensing connections which allow him to get licensing agreements at a reduced cost. Instead of taking the offer, the facewear company decided to counter $300,000 for 12.5% stake split between both Damon and Mark. Almost immediately Mark Cuban says that he is out due to their inability to reason and he is unwilling to take a 12.5% equity stake. The owners of Sun-Staches then counter Damon with an offer of  $300,000 for a 15% equity stake, an offer that he denies. He does however,  bring his original offer down from 25% to a 20% equity stake. The trio can’t help but to try and counter a 17% equity stake, one that Damon again turns down. After a few minutes of debating, the sunglass company states they came to make a deal and accept Damon’s offer.

Later on in Season 6, Shark Tank presents an update on the status and success of the deal Damon made with the novelty sunglass company. Less than 5 months into the partnership, Sun-Staches made 4.1 million dollars. Damon was also able to make a licensing deal with Marvel. Marvel is a company owned by the Walt 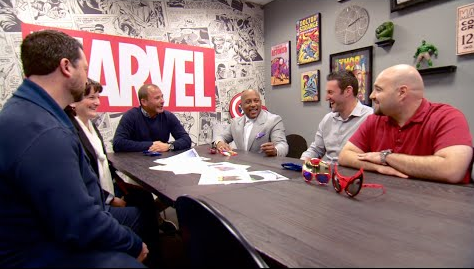 Disney Company that has over 8,000 different characters. Damon explains that Sun-Staches will pay a royalty to Marvel for each of the different products Sun-Satches sells. The sunglass company reveals that they had tried to strike a deal before appearing on Shark Tank and were unable to get a meeting, let alone a deal with them. All three of the entrepreneurs expressed how grateful they are for the opportunity of being on Shark Tank, as well as all of the guidance they have gotten from Damon since they were able to strike a deal.

Many of the recent Sun-Staches updates can be found on every one of the company’s major social media sites: Facebook, Instagram and twitter. They constantly seem to be innovating and creating new lines based on the time of year, current trends and demographic they are trying to reach. They also appear to run several different promotions throughout the year, that appear on each of the company’s social media pages. The company’s web page currently displays three main categories: superheroes, holidays and sports. They also offer “party packs” which are sets of three pairs of Sun-Satches at a discounted price. They can also be purchased online at Amazon.