What Happened to Michael Jackson? 2018 Update 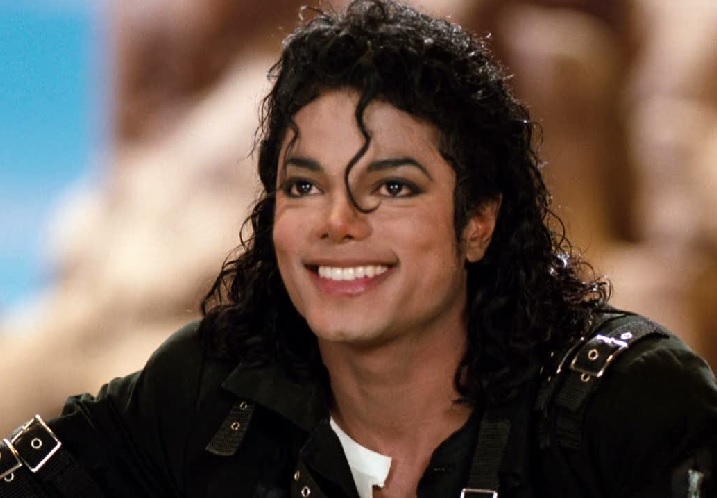 Michael Jackson, the King of Pop, was one of the most iconic and celebrated musical artists of the 20th century. It was along with millions of others that I sat at home on June 25th 2009, and watched in shock the rolling news coverage of Michaels collapse and coronary arrest. That shock turned to growing disbelief as the first tentative, unconfirmed rumors of his death became more frequent. They were eventually confirmed by the Associated Press and New York Times, there was no longer any doubt, The King of Pop was dead at 50.

It had been a bad week for entertainment, 1980’s sex symbol Farrah Fawcett had unexpectedly passed away from bone cancer only hours earlier, aged just 62, but the news hardly registered with most people. The death of Johnny Carson’s long time side kick Ed McMahon two days earlier had been a shock, but at least Ed had been 86, it was an age when death could be accepted as a natural outcome, no matter how traumatic the loss was, but Michael’s sudden death caught everybody by surprise.

Although Michael’s surreal and fantastic life-style, as well as the tabloid sensationalism that followed him around for his entire life, created a legend within his own lifetime, it’s only as the World has come to terms with his death, that we can truly appreciate the legacy of Jackson that he left behind for fans and critics alike.

Michael was born in Gary, Indiana on August 29th 1958, to Katherine Esther and Joseph Walter Jackson, who already had four sons and two daughters. His father, who was commonly known as Joe, was a former guitarist who had given up on his own ambitions in the music industry in order to provide for his family.

Believing that his sons had talent of their own, Joe began molding them into a musical group. Originally it was just Tito, Jermaine and Jackie, who performed under the name ‘The Jackson Brothers’ from 1964, but in time younger brothers Marlon and Michael joined the band and the name was changed to ‘The Jackson Five’ in 1966.

Joe had an overbearing manner and a strict nature, constantly making his sons spend long hours practising dance moves and harmonizing their voices to achieve the sound he wanted, unfortunately he also had an abusive nature. Michael disclosed, many years later, that his father had regularly whipped him as a boy, and had mocked his appearance. Although in later life Michael would credit his father’s behaviour with playing a part in his eventual success, he also described his childhood as lonely and isolated.

Michael and the Jackson Five

In August 1967 The Jackson Five performed for the first time in an amateur competition at the Appollo Theater in Harlem, New York. They won the competition and bigger rewards were not long to follow. 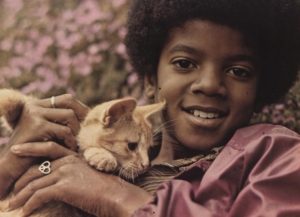 The brothers were soon noticed by Gordon Keith, the owner of Steeltown Records, in November that year, and he awarded the group a contract. A number of releases followed, to ever greater sales and recognition, and by 1969 the group had been signed by Motown Records. A string of hit singles followed for the band, fronted by the young Michael who thrilled audiences with his youthful and enthusiastic dance moves, all accompanied by his high pitched but perfectly in tune vocals.

Soon Motown wanted to push Michael as a Solo act in order to maintain their increasing sales, and in 1971 he stopped performing with his brothers to go it alone. Success followed for Michael and he soon overshadowed The Jackson Five with hit albums such as ‘Got to be There’ and ‘Ben’, both released in 1972.

He was still the main songwriter for his siblings band however, and after the decline in popularity of The Jackson Five, mainly caused by his departure, he helped their return as ‘The Jacksons’ in 1975 with a string of hits including ‘Shake your Body (Down to the Ground)’ and ‘Can you Feel it’ in 1979.

Michael’s career up to that point had been fairly successful, but as the eighties arrived, and his creativity reached its peak, he was soon catapulted into Global super stardom with a stunning rise to the top of the music heap.

‘Off the Wall’, Michael’s fifth studio album, came along in August 1979, and was an enormous success. It spawned five hit singles including the Grammy winning ‘Don’t Stop ‘Til You Get Enough’. Michael’s unique blend of disco, funk, jazz and soft rock was a breath of fresh air for a new decade. It earned him the distinction of being the first artist to have four tracks, from the same album, in the top 10 of the Billboard Hot 100 simultaneously. The album eventually achieved multi platinum sales in America, as well as seven other countries, and has achieved sales of over 30 million to this day.

The success of ‘Off the Wall’ would have been an admirable peak for any performers career, but for Michael it was only a forerunner to the unparalleled success of his next album, the incomparably superb ‘Thriller’.

Thriller was released in November 1982. In under a year, the smoothly produced mix of pop, rock and funk had become the best selling album of all time, a position that it holds to this day. At one stage the album was achieving sales of one million per week. It has amassed sales of over 65 million Worldwide today and continues to sell in excess of 100,000 copies per year, and that’s in the US alone. Of the nine tracks on the album, seven were released and all achieved a top 10 placing on the Billboard Hot 100. Thriller won eight Grammy awards in 1984, after Michael had received twelve nominations that night, more than anyone else in history.

Sensitive and troubled Michael’s life changed dramatically from that point on, the attention that had been thrust upon him, led to a media frenzy as he became the go to guy for any tabloid sensationalism that the press felt like dishing out to him.

Another album, the long-awaited ‘Bad’, would not appear for another five years after the incredible success of Thriller, and the press, unable to report on the elusive star, fell upon the newly crowned Prince of Pop like a pack of hungry vultures. The endless stories about Michael’s nights spent in an oxygen tank to achieve immortality were eagerly lapped up by a sensation, and celebrity, loving public. The stories about Bubbles, Michael’s pet chimp appeared on a weekly basis alongside comparisons of his features now, next to his younger, and very different appearance, in the Jackson Five.

Although Michael always denied undergoing cosmetic surgery, it became clear by the mid 1980’s that his appearance had drastically changed since his childhood. He suffered from the skin disorder vitiligo, which may have explained some skin discoloration, but not his new uniformly paler face. There was no doubt that Michael’s nose had undergone an extreme change by that time too, yet he continued to resist opening up to the World and his fans about his altered appearance.

In 1993, news of Michael’s financial settlement with Evan Chandler, the father of 13 year old Jordan Chandler, reached the media. Although the frenzy in the press at the shocking news was wild and speculative, in 2002 court documents relating to the case confirmed that the settlement was ‘for alleged compensatory damages for alleged personal injuries arising out of claims of negligence and not for claims of intentional or wrongful acts of sexual molestation’, although the insinuations of the press were far more accusatory. It also emerged in 2002 that the settlement did not restrict Jordan Chandler from testifying against Michael in a future court case, it merely silenced the family from speaking to the press about the case. At the time this point was also severely misrepresented by the press, who seemed to relish bringing down the superstar they had helped create.

As 1993 rolled on, allegations about Michael’s sleepovers with young friends began to be reported on by the press. The star had always been open and public about his love of children, and it was little surprise that an adult, who had been deprived of a childhood of his own, would want to experience one when he was finally free from his abusive father and could buy any thing he desired.

On December 18th of that year, Michael was officially charged with seven counts of minor sexual abuse. The trial began, after over a year of constant press speculation and insinuation, on January 31st 2005. Jordan Chandler had left the country and refused to return to testify. Michael was found not guilty by a unanimous jury six months later.

Michael never left the allegations behind him although he was never convicted of any wrongdoing.

For a man who loved children so much, its no surprise that there is a Michael Jackson Legacy fund, dedicated to helping childrens charitable causes, enabling education in Africa and rebuilding schools in earthquake struck regions around the World, but there’s a far bigger legacy that Michael left for all of us.

The greatest selling artist of all time preached love and understanding for mankind during his life, not only through his music, films and writing, but through his own caring personality too. It would be impossible to say anything that hasn’t already been said, about this superstar who lived such a vibrant and successful life.

Michael Jackson lived under the glare of constant publicity and press intrusion for so many years, and yet, despite every single moment of his existence being scrutinized and examined by fans and critics alike, there has been no-one who has ever been able to offer a shred a conclusive evidence, that this much loved man, and the most successful musical performer in history, ever did any harm to anyone.

‘Michael’, Jackson’s 11th studio album was released posthumously in 2010, although it was not greatly received by fans and music industry insiders.

In 2014, ‘Xscape’ was released and has been lauded as far more representative of Michael’s talents. At the Billboard music awards that year, A Pepper’s ghost illusion of Michael, a basic form of hologram, performed ‘Slave to the Rhythm’ from the album. Following that ‘appearance’, the track reached No.1 in 17 countries. It was Michael’s 50th Hot 100 hit. It also made him the only solo artist in history to achieve a top ten hit in five separate decades.

Michael is survived by his children Prince, Paris and Blanket.