Allen Iverson Net Worth Now in 2018 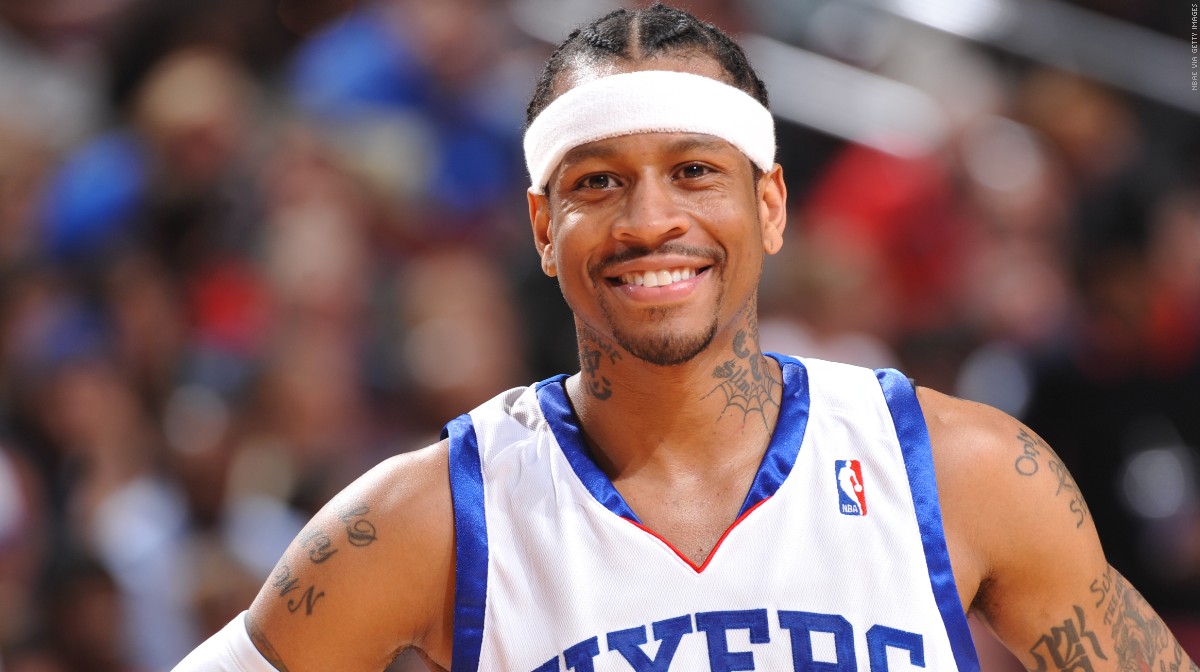 It’s a well-documented fact that there is a history of North American athletes running into financial problems after their careers are over. In an article in Sport Illustrated a few years ago, the claim was that over half of all NBA players are broke within five years of their careers being over. Now, for many of those players, perhaps their earnings were not high enough to sustain the kind of lifestyle that one gets used to as an NBA player. But in other cases, players certainly made enough money that they should be able to remain wealthy for the rest of their lives. Sadly, Allen Iverson is an example of one of those players.

Allen Iverson is one of the best point guards in the history of the National Basketball Association. He was always one of the shortest players out there on the court, but he was lightning quick, had amazing ball-handing, and could shoot well. His crass personality, flashy play, and style made him a fan favourite and inspired legions of fans to try to play like and dress like him. Iverson made over $150 million in his playing salary, and had some huge endorsement deals. He is also reported to have dropped tens of thousands of dollars per night in strip clubs, and allegedly blew through a million dollars in one night at a casino. Let’s take a look at how Allen Iverson made a stunning amount of money and then blew through it all.

How Did Allen Iverson Make His Money And Wealth?

Allen Ezail Iverson was born on June 7th, 1975 in Hampton, Virginia. His mother was only fifteen years old 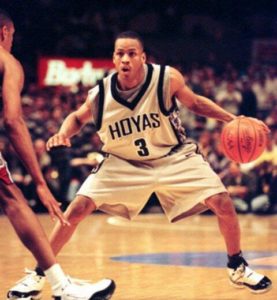 when she gave birth to him, and he didn’t know his father. As he went through school, it was immediately obvious that Iverson was an incredible athlete. In high school, he was the starting quarterback of his school’s football team. In addition to that, he played three other positions at the same time, which is ridiculous. At the same time, he was the starting point guard for his school’s basketball team. He lead both the football and the basketball teams to state championships, and was named the high school player of the year in both sports. However, he also ran into his first taste of serious trouble when he was still in high school. He was charged with a felony for hitting a woman in the head with a chair in a bowling alley and sentenced to fifteen years in jail, with ten of the years suspended. He ended up only having to serve four months of the sentence, but had to switch to a high school for at-risk students. Still, his potential in basketball was recognized and he was offered a full-ride scholarship to play basketball at Georgetown University. He played well at Georgetown and after two years, left to join the NBA. He was drafted first overall by the Philadelphia 76ers.

Allen Iverson was immediately an impact player in the NBA. He set a record for most games by a rookie with at least forty points. He was named the NBA rookie of the year, and would win his first scoring title a few years later. After that, the 76ers continued to get better and better as a team, and Iverson signed a contract that was for six years and $70 million dollars. He had quickly become one of the most popular basketball players in the world. The greatest season of his career came in 2000-01. He again won the scoring title, lead his team to a first overall seed, and was named the NBA’s most valuable player. He was both the shortest and the lightest player to ever be the MVP. That may seem like a silly distinction, but it illustrates how he was able to dominate the game despite his diminutive size. He lead the 76ers to the NBA finals that year, where they lost to the Los Angeles Lakers, who were lead by Kobe Bryant and Shaquille O’Neal. 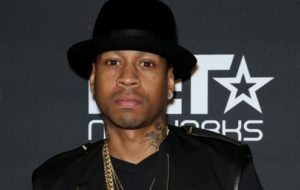 Following this, Allen Iverson’s career slowly declined, although he would win another scoring title a few years later with a rejuvenated team. Around 2006, it became clear that the 76ers wanted to trade Iverson because his play had gotten worse, and he was missing practices and showing up late for games. He was traded to the Denver Nuggets soon after. He bounced around the league after that, serving short lived stints with the Detroit Pistons and the Memphis Grizzlies. He returned to the 76ers for one year at the league minimum salary, and then signed a contract to play for a year in Turkey. In 2013, he retired from basketball.

In between the 1997 and 1998 NBA Seasons, Allen Iverson was pulled over with some friends in the car after he was caught speeding late at night. He had a concealed weapon in the car, as well as marijuana. For this, he was sentenced to do community service. He had incidents at casinos in 2004 and 2005. Also in 2005, he was sued after his bodyguard beat up someone in a nightclub because the person wouldn’t leave the VIP section. The man suffered a number of injuries and was awarded a quarter of a million dollars. Reports began to emerge in 2010 that Iverson had gambling problems, drinking problems, and that he had ran out of money. He was again sued by someone who claimed that his bodyguard had assaulted them, but this case was thrown out by the judge.

In a divorce proceeding in 2012, he was said to have yelled at his now ex-wife that he didn’t have money to 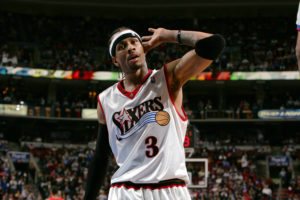 buy a cheeseburger. In an interview he gave in 2015, he said that rumours that he was bankrupt were untrue. In fact, he said that rumours that he was struggling in his life in any way were untrue. Still, it is well documented that Iverson has little to no money. He owes almost a million to a jewelry store in Georgia that he neglected to pay, but there is no evidence that he has filed for bankruptcy yet. Financial experts have pointed at his large entourage, his insistence on buying quickly depreciating goods, and his lack of an investment strategy as the leading causes to the squandering of his huge salary.

Still, there is a light at the end of the financial tunnel for Iverson. During his playing days, he signed a lifetime endorsement deal with Reebok. Similar deals have been signed by Michael Jordan with Nike and David Beckham with Adidas. The idea is that the players continue to represent the brands even after their playing days are over. Iverson is expected to get $32 million from Reebok when he turns fifty five years old, and some suspect that he draws money from that sum. Still, others say that he may have lost a big chunk of that Reebok fund during his divorce proceedings.

Allen Iverson had a long and arduous marriage to his former wife, Tawanna. Tawanna filed for divorce back in 2011, and a lengthy custody battle ensued. In court Tawanna said that Iverson was trying to trick her out of money that she was entitled to. Recently, however, the pair seem to have reconciled their relationship. On the night when Iverson had his jersey number retired by the Philadelphia 76ers, he thanked his ex-wife for always supporting and loving him. The two of them had been married since 2001, and met when they were only sixteen years old.

Does Allen Iverson Have Kids?

Allen Iverson has five children, all of them with his ex-wifi Tawanna.

Where Does Allen Iverson Live? Picture Of Iverson’s House 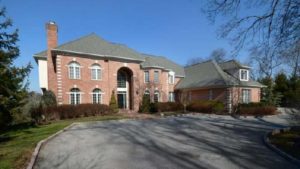 It is not currently known where Allen Iverson lives, as he was said to have bought a mansion in 2014 and then lost it to foreclosure. What is known is that back in 2003, he bought a beautiful mansion in Philadelphia for five million dollars. He put the house on the market in 2007, but it didn’t sell for two an a half years. After two and a half years, it finally sold for way less than he bought it for, at only around $2.2 million. The house was then listed again for over three million dollars by somebody else two years later.

Did Allen Iverson Have Any Nicknames?

Allen Iverson became known as The Answer during his playing days in the NBA. Like almost everything else 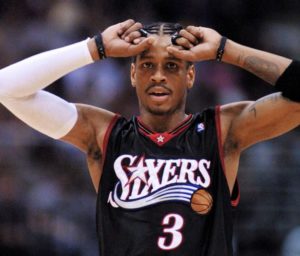 in the man’s life, he would go on to face some controversy for the name. The name was coined by a family friend, who financially supported Iverson when he was young and his family was terribly poor. The man’s name was Jamil Blackmon, and he was a friend of Iverson’s mother. The idea was that Iverson would be “the answer to the NBA’s woes” as the league wasn’t doing terribly well financially at the time. Iverson promised to give 25% of profits that came from the name The Answer to Blackmon, and he signed a deal with Reebok to market his line of shoes under the name. However, Iverson never gave Blackmon the 25%. Blackmon took Iverson to court where the judge decided that a nickname like The Answer wasn’t really trademark-able like that, and that all the value the name had incurred was a result of Iverson’s play, not Blackmon’s good idea. Blackmon ended up not being compensated for coming up with the nickname The Answer.

In between the 2000 and 2001 NBA seasons, at the height of Allen Iverson’s playing skill and popularity, he attempted to make a hip-hop album. For some reason, there’s a long history of NBA players also trying to have rap careers, and usually their songs aren’t successful at all, although Shaquille O’Neal did go platinum. Iverson’s rap career went very badly. He recorded one single called “40 Bars’ but was told not to release it because the lyrics were homophobic. He was told to change the lyrics and agreed to do so, but the single was never released so we’ll probably never hear whether he was actually a good rapper or not.