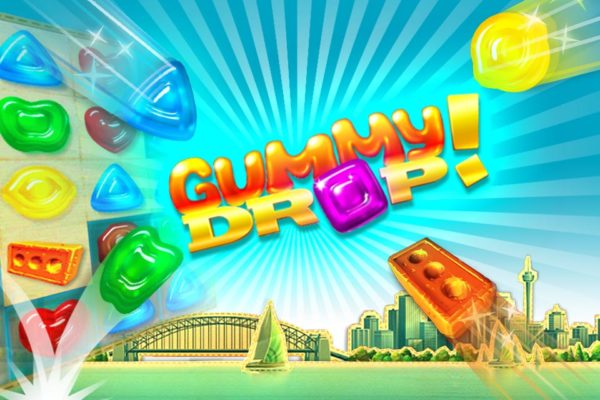 Gummy Drop is a free mobile and PC game where you solve puzzles and earn resources to build a world back together. Each successfully completed level allows for travel vouches to visit other cities and updates your passport for proper travel within the game. Here, we will cover five of our top cheats, tips and tricks to make you into a Gummy Globetrotter.

Keep Your Power-Ups for Emergencies Only

As is typical for most games within this vein, the start of the game will come with a handful of power ups to learn their mechanics and don’t you worry one bit, plenty more of them will come at a small price, or very few will come for completion of specific levels. If you’re the thrifty sort of player it’s best to not worry about using these power-ups until later levels (in particular those in other cities where you have time limits to visit), or until such time where you see that you can win if only you had the benefit of one more deftly executed switch. Of course, some power-ups can be executed without loss of stock by matching 5 gummies of the same color in a T or L shape, so always keep an eye out for these as they confer a wonderful benefit without cost. In case your curiosity gets the best of you, here is a quick run down of the boosts available to you throughout levels. It may not be a cheat but knowing these are crucial to your success.

Lightning Bolts: Lightning bolts clear all of the gummies of one color when swapped in position. This is useful especially during late game play when only one or two pieces may be halting your victory. This power-up is common when combining 5 gummies of the same color into a combo in a flat line.

The Shovel Boost : This Boost is highly selective, as it allows for the elimination of any one item from the board, and thus is perfect for the “I have only one object blocking me from victory” situations. As such, it should be used as sparingly as is possible.

The Shuffle Boost: Represented by a pair of dice, the Shuffle Boost will randomly rearrange the board, allowing for a new chance or unsticking pieces early in the game.

The Kite Boost: Kite Boosts must be matched to another pair of gummies with the same color, and when done releases three kites that remove three pieces at random. While sometimes quite useful, given the random nature it is not a good idea to use this as a closing move or Hail Mary trick.

The Quake Boost: This is similar to the Kite Boost, but does not require matching and allows you to pick one piece to destroy, alongside four which are randomly chosen.

The Wind Boost: One of the few non destructive Boosts, this one allows for two gummies to swap positions without the loss of a turn.

The Waterfall Boost: This boost is quite the same as the Line Boost, except it clears vertical columns as opposed to rows.

The Plasma Boost: When the Boost is matched with the same color, it will execute three Line Boosts, either in a vertical or horizontal fashion depending on the direction that was used to create the combo.

The Eternal Freeze Boost: One of the handier of the Boosts, if you tend to have troubled with timed levels, this Boost will freeze the timer, allowing you as much time as needed to complete the level.

The Cold Fusion Boost: Like it’s Freeze Boost cousin, the Cold Fusion gives you extra time, namely in giving all bombs on the board an extra five ticks before detonation.

The Rain Storm and Oasis Boosts: Useful only in desert levels, the first does away with sand tiles (up to 5), and the latter destroys the tile that spreads the sand tiles.

Hack Your Phone to get Extra Lives

This cheat isn’t so much a hack but a manipulation of what the game uses within your phone. As to be expected for games such as this, you are given a limited number of lives per time period and are given the options of either using Facebook invites for more lives, or by paying for them. However, a clever way to get around this is to close out the game, go to Settings, then Time, then move your clock forward 90 minutes and open the game again. This will give you a full life stock. Just be sure to set your clock to the correct time before you run out of lives! Do keep in mind that future updates to this game may make this method invalid if the developers decide to switch their time keeping methods in-game to something akin to a server clock.

To progress throughout the game and travel to more destinations, the building of iconic objects within cities is needed, and for that resources such as bricks are required. An easy way to get these is to replay levels, even after getting Master Builder status, to gather resources for other projects. This can also generate useful coins once you have the Trade Center open in Sydney and the Green Gem Factory, as you can sell resources thereafter. Or, to get more green gems you can also use the Green Gem Drill, also available in Tokyo, where using resources can give you chances at said gems, and is the fastest way to acquire them. Another handy cheat to gather resources is by recruiting 10 workers per local market, and build Resource Marts, which will reward you even when not playing. To get workers, keep an eye on the rewards for completing each level and replay those that give you workers.

Use Daily Activities to Your Advantage

After level 23, you will have the option to unlock daily challenges to get a randomly selected Boost. Typically these require you to replay specific levels you have already completed to get letters with which to spell the “Daily Word”. This is a consistent and easy way to get much needed boosts for later levels and shouldn’t be passed up on. However, if it all possible do not use Boosts during daily challenges, as then it is not a terribly useful situation.

We all have that one friend. That friend that wanted us to water their virtual crops, or toss them a few extra lives in a puzzle game. If you have no problem being that friend, this game does give you some advantages. If you sign into Facebook Mobile through the game, it will reward you with a daily lottery ticket for Boosts, and will also reward you for inviting friends as well as giving your friends notifications to help you out in terms of lives. My personal recommendation is to have a separate pair of accounts for such games, and bounce benefits off each other to gain the advantages without pestering family and friends who are online and have no qualms complaining to you about such first world problems.

With these tips and tricks in mind, we wish you the best of luck with Gummy Drop, and thank you for using us as your tip and trick headquarters.