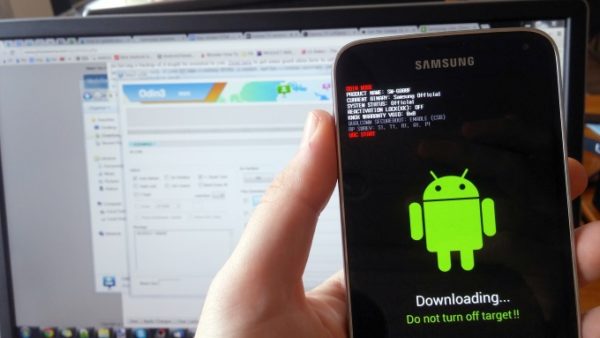 For all of Samsung’s efforts to be innovative and improve customer experience, it is hard to point to a phone that has had as consistently high ratings as the Galaxy S5. With an average of 4.5 out of 5 stars by consumers and critics alike, it is quite likely that if you own the S5, you’d be inclined to keep this phone for quite some time. Of course to keep your phone as good as it was on the first day, you’ll need to keep up to date with the latest software. Here, we will go over how to upgrade your S5 from KitKat to Lollipop or Marshmallow Android OS and get the latest and greatest features.

As per usual in any software update of any kind, it is highly recommended to back up your contacts and important data. To do this, there are several options. The first of which is backing up to Google Servers, which is the same in method as the previous versions of the Samsung Galaxy, and can be found here. Another method, which can be handy for both restoring your phone or if you need to replace it is backup through Samsung Kies. The method to do so is three easy steps available below:

Step One: Download the latest version of Kies to your home computer using the link above, and follow installation instructions.

Step Two: Using a USB cord, connect your S5 to the computer, and allow for drivers to update. This should take no more than a few moments.

Step Three: Kies should automatically open after drivers have properly been installed. If this is not the case, manually open Kies. Immediately thereafter, there should be an icon that reads “Backup”, go ahead and click on it. Then, a prompt should appear when said backup is completed.

How to Upgrade the Galaxy S5 to Android Lollipop or Marshmallow.

Luckily for all of us, even if you weren’t prompted by your phone to perform an automatic update to a newer Android OS, doing so is remarkably easy. In fact, if you followed the method of backup using Kies, it’s as simple as clicking the Update button and grabbing a cup of coffee to enjoy while you wait for your phone to be brought up to date.

If however, you are more inclined to have the phone update itself without the need for a localized PC account there is yet another method, listed below.

Step One: Ensure that your phone is plugged into a power source and is attached to a Wi-Fi network. This will speed up the update process and not incur massive data fines.

Step Three: Near the bottom of the screen, you’ll find the About Device icon, press this and then on the following screen there should be a tab named Update which will do exactly that upon pressing.

After upgrading, be sure to familiarize yourself with the new Operating System by exploring your phones newer features, and ensuring no critical data was lost. With the Galaxy S5, software up

dates may be of particular interest as areas such as biometric security (like the fingerprint scanner) often receive important updates, as do apps that can be paired with health services which are improving on an almost daily basis. As such, your old favorite phone may well be getting new life downloaded into it for quite a while to come.