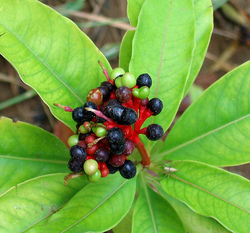 High blood pressure is among the most common medical problems in the world today. More than 50 million adults in America alone have it, and not all of them have it under control. When left unchecked, high blood pressure can eventually lead to more serious and life-threatening problems.

Medications such as beta blockers are prescribed by doctors to patients with high blood pressure and other conditions like angina, glaucoma, heart failure, irregular heartbeats, tremors, and others. It works by blocking adrenaline’s effects and slowing down heartbeat to lower blood pressure. However, there are also side effects associated with its use and, since beta blockers slow down heartbeat, diabetics might have trouble responding to low blood sugar (as a major symptom is rapid heartbeat).

That said natural alternatives are not always an option as many cases require prescription medications. Due to this you should always seek the advice of a medical expert prior to selecting a natural alternative to avoid possible complications:

These substances are present in vitamins and minerals such as vitamins A, C, and E, beta carotene, lutein, lycopene, selenium, and zeaxanthin. Antioxidants fight off free radicals, or odd molecules in the body’s cells that attack other healthy cells. Free radicals may also come from external sources like cigarette smoke, radiation, and pollution. Regardless whether internal or external, free radicals damage the body in the same ways which become potential triggers for serious health complications. Cardiovascular diseases, high blood pressure, body pains, and macular degeneration are but a few of the possible problems that extensive free radical damage may cause to the body. Antioxidants not only fight free radicals, they also repair the damages caused by it and protect the body from future cell damage. A lot of food sources contain antioxidants, but the ones with the most include: beans, blueberries and red berries, fish, green tea, red, blue, and purple grapes, dark green and orange vegetables, nuts, sweet potatoes, and whole grains.

Amino acids are the building blocks of the body’s ability to create proteins. Two amino acids are considered as natural alternatives to beta blockers, namely:

Taurine: Taurine is unique compared to other amino acids as it isn’t part of proteins. Still, it is considered as an important amino acid for heart health. In fact, the heart’s muscles contain 50% taurine, and it is the highest amount among all amino acids in the heart. Not only taurine is an antiarrhythmic, it also affects the heart positively with an inotropic effect that makes it a lot stronger. Through stimulation of bile flow in the gallbladder, taurine effectively lowers the harmful levels of cholesterol on the body. Seafood is reported to have rich levels of the amino acid, with capelin, Dungeness crab, mackerel, and Alaskan salmon having the highest amounts of taurine. Beef, beef and chicken liver, and lamb are good land-based taurine sources. 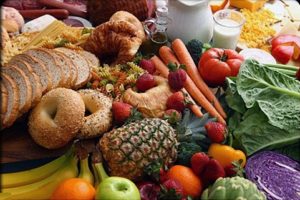 A Journal of Hypertension study published in 2004 assessed dietary fiber’s effects in lowering blood pressure. A trial that lasted for 12 weeks had 110 hypertensive participants take 8 grams of fiber on a daily basis. Its conclusion revealed that including fiber in a person’s diet does decrease blood pressure. Several more trials were conducted in the following year, and all of them showed promising results. The two types of fiber were put to the test, soluble and insoluble fiber, and both effectively reduced diastolic blood pressure. Systolic blood pressure was lowered only by insoluble fiber. Fiber is very easy to come by thanks to the abundance of whole grain foods, barley, beans, bran, dairy, lentils, nuts and seeds, fruits and vegetables, and peas. For men, the recommended amount of daily fiber intake is at least 38 grams while for women it is at 25 grams.

Regarded as a miracle herb for more than 6,000 years, garlic’s popularity as a flavor enhancer has extended into becoming an herb with a multitude of medicinal benefits. It is best known for reducing blood pressure and cholesterol levels, preventing the risk of heart conditions, and treating minor ills like cough, headache, and flu. Its distinct odor stems from allicin, an active ingredient that also gives garlic its powerful health properties. For high blood pressure, allicin works by relaxing the blood vessels and inhibiting the hormone angiotensin which is responsible for increasing blood pressure levels. Allicin is released when the garlic is chewed or crushed, and most of it is destroyed when the garlic is cooked. Findings regarding the proper way of consuming garlic for its allicin are conflicting, with some stating that supplements are better than eating raw garlic, and vice versa. Nevertheless, there is nothing wrong with eating one to four cloves of garlic or adding raw garlic to dishes. For those who do not want to have garlic breath, supplements are easily available in all health stores that can provide adequate amounts of allicin in one dose. 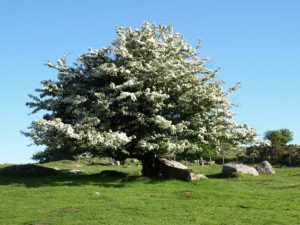 Native to Europe, the berries, flowers, and leaves of this small tree have been used since the first century to remedy heart problems. Studies conducted on hawthorn revealed that it has antioxidants (flavonoids and oligomeric proanthocyanidins) that destroy free radicals, protect arteries, and widen blood vessels for better blood flow. The highest concentration of flavonoids are found in the leaves and flowers, both of which are mostly included in modern day preparations of medications that use hawthorn. Many tests were performed to determine hawthorn’s efficacy in treating angina, heart failure, and high blood pressure, and the results all showed positive results in decreasing heart failure symptoms, minimizing chest pain, and lowering blood pressure. Hawthorn is available as a capsule, liquid extract, and dried berries, flowers, and leaves for tea. Breastfeeding or pregnant women are strongly advised to not take hawthorn in any form. 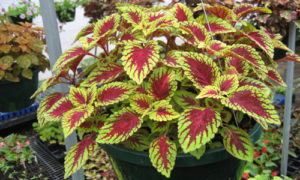 The ancient Indian healing system Ayurveda utilized Indian coleus as treatment for heart and skin diseases. Its main ingredient, forskolin, increases the levels of cyclic adenosine monophosphate (cAMP) and soothes the smooth muscles, or the muscles located at the walls of blood vessels and other organs. This counteracts the low cAMP levels of high blood pressure, asthma, angina, glaucoma, and congestive heart failure. Forskolin also affects the heart positively and reduces elevated intraocular pressure levels (which leads to glaucoma if left unchecked). Many health stores sell the herb in capsules. Despite its efficacy, people with diabetes or who take other kinds of heart medicine are not allowed to take this herb.

Also known as devil-pepper, its extract was used by notable historical figures like Alexander the Great and Mahatma Gandhi, and was also included in Ayurveda and traditional Chinese medicine. 60 beneficial alkaloids are found in its roots, with some function almost the same as beta blockers. It also has reserpine, an alkaloid that diminishes heart rate, and remedies hypertension, poor blood circulation, and schizophrenia. Snakeroot relieves insomnia and stress by acting as a tranquilizer that reduces the effects of norepinephrine, one of the three major stress hormones. It also lowers blood pressure through the dilation of arterial blood vessels, and prevents the occurrence of ventricular arrhythmia, or the abnormal heart rhythms that occur in the heart’s lower chambers. Available in capsule form, snakeroot is not allowed to be used by children, pregnant women, and shouldn’t be taken along with alcohol or other medications that remedy the heart and blood pressure.

The human body contains huge amounts of magnesium as it is needed in many chemical functions that keep the body in optimal levels. A deficiency in magnesium leads to a slew of health problems such as anxiety, irregular heart rhythms, insomnia, and numbness, to name a few. Magnesium’s health benefits include alleviating diseases that target the blood vessels and the heart, weak bones, kidney stones, headaches, fatigue, and many others. A study published in 1994 at the Journal of Internal Medicine revealed that magnesium significantly reduced blood pressure after giving patients three doses for a period of eight weeks. Magnesium is also found to have antiarrhythmic properties which, coupled with the mineral being a muscle relaxant, protects the heart from the risk of sudden cardiac arrest caused by arrhythmia. Aside from supplements, magnesium can be derived from food sources like avocado, bananas, broccoli, seafood (halibut, mackerel, and tuna), zucchini, and whole grains like wheat bread and brown rice. However, these food sources are best consumed organic as food processing strips away the amount of nutrients in these said sources.

Sodium, in the form of salt, is one of the most commonly-used ingredients in over a thousand dishes all over the world. Salt improves the taste of food, and processed food utilize double, or even triple, the amount of these flavor enhancers that many people find those kinds of food very addicting. Unfortunately, excessive sodium intake often leads to life threatening complications including high blood pressure, stomach cancer, heart failure, and stroke. Fortunately, potassium follows an inverse relationship with sodium. When potassium levels go up, sodium levels go down (and vice versa, hence the danger of potassium deficiency. Sodium is excreted through urination, and potassium enhances this process to eliminate more sodium. Eating food rich in potassium is the best way to supply the body with it, as supplements are unreliable and may pose problems for people with kidney problems who may find it difficult to get rid of the excess potassium in their system. Bananas are the most well-known source of potassium. Aside from the yellow fruit, avocados, sweet potatoes, spinach, white beans, and yogurt are all abundant sources of potassium as well.