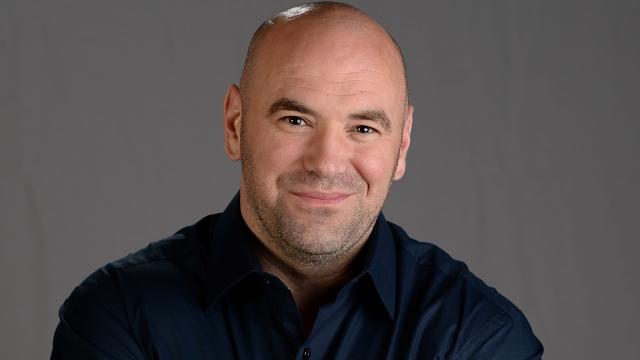 Dana White is the current president of the mixed martial arts juggernaut Ultimate Fighting Championship (UFC). The combat sport has captivated millions of fans worldwide with thrilling matches between skilled fighters who utilize different kinds of techniques. As for White the difficult task of handling such a well-known company paid off with an income worth millions of dollars and counting. Of course with all the wealth he amassed White has not forgotten to share his blessings through acts of generosity to the needy.

Read on and find out how Dana White emerged as a champion in the business.

How did Dana White make his money & wealth?

Dana Frederick White Jr. was born in Manchester, Connecticut, on July 28, 1969. White finished high school in 1987 and attended the University of Massachusetts for two years. White did not continue his college studies and instead took different jobs such as a bouncer and a valet. His work in the hotel paid White good money but he was not really happy with where he was. White decided to quit and pursue a career in the sweet science.

White initially trained to become a boxer but later on decided that stepping into the squared was not his thing. He instead tackled different angles in the fitness business. He utilized his boxing knowledge to train others through programs. He pitched “boxaerobics” to various fitness clubs which was initially met with doubt until it eventually became popular. White’s businesses in the realm of fitness flourished until problem came knocking on his doorstep. Goons sent out by mob boss Whitey Bulger demanded a rather large cut out of White’s earnings. This forced White to relocate to Las Vegas where he resumed his work as an aerobics instructor.

During a friend’s wedding in Sin City, White met his former classmate and childhood friend Lorenzo Fertitta, a successful entrepreneur. White also developed an interest towards a budding trend in the fight science called mixed martial arts (MMA). He soon managed fighters including future rivals Chuck Liddell and Tito Ortiz, and established his very own Dana White Enterprises. He learned about the UFC, attended one of their events, and later on learned that the promotional company was struggling. He contacted Fertitta and convinced him and his brother Frank III to save the UFC by purchasing it. After one month UFC was bought by the brothers and they managed it through their company Zuffa LLC.

White was given the position of president and owns a 9% share on the company. UFC initially did not do well and even faced losses instead of profit. Things changed when the reality show The Ultimate Fighter started in 2005 which gave the sport a massive amount of exposure. Fans also got a taste of White’s brash attitude as he took on different roles on the show. UFC exploded in popularity and their streaming service UFC Fight Pass ensures that fans can watch live fights and other related programming in any device anywhere in the world. UFC dominated the MMA scene and absorbed other promotions such as Strikeforce and Pride Fighting Championship. White also acts as the executive producer of several UFC shows like UFC Ultimate Insider  and UFC: Road to the Octagon.

In July 2016 UFC was sold to a group of companies helmed by talent agency William Morris Endeavor Entertainment, LLC (WME-IMG) for $4 billion. White is still the president and he struck a five-year deal that will net him 9% annually. In the $4 billion purchase White pocketed around $360 million. Talk about a massive boost to his already impressive net worth.

Yes to Anne White. The two met way back in eighth grade and got married in 1996.

Does Dana White have kids?

How much money does Dana White make per year? 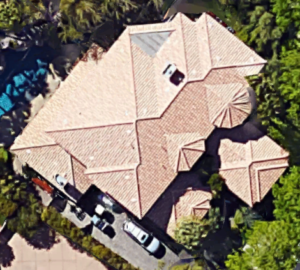 White and his family reside in a mansion situated in Las Vegas, Nevada.

UFC held an event in 2008 titled UFC: Fight for the Troops. The event raised $4 million in funds that was given to the non-profit organization Intrepid Fallen Heroes Fund. The organization supported wounded veterans and families of fallen military personnel.

In 2009 White pledged $100,000 in support of the non-profit organization The Caring Place which helps cancer-stricken individuals. He also put up UFC pay-per-view packages with accommodations and other perks as part of the organization’s auction.

In 2010 White donated $8,000 to help Ruby Owen, a toddler who suffered from a rare brain tumor. A family friend to the Owens, who happened to be a big UFC fan, sent an email to White regarding Ruby’s condition. The UFC president responded by giving the donation to the family’s fund-raising website.

His generosity to those in need does not stop there. Also in 2010 Ben Pittsley, a member of the MMA forum The UG, posted a thread about his meeting with Tiger Muay Thai trainer Kru Nai. The trainer told Pittsley about his daughter’s need of a liver transplant to save her life. Pittsley then pleaded with White to help Kru Nai’s daughter. A UFC employee then replied on the thread saying that White will pay for the girl’s surgery amounting to $50,000.

White visited his high school alma mater Hermon High School in 2010 and donated $100,000 to help with renovations and repairs.

During the same year White paid for a fan’s speeding ticket worth $300. The fan claimed that he sped through town just to meet White thus earning him the said violation.

In 2009 White was given the Nevada Sportsman of the Year award.

He was consistently given the Leading Man of the Year award during the World MMA Awards from 2008 to 2015.

From 2005 to 2013 White was the recipient of the Promoter of the Year award during the Wrestling Observer Newsletter Awards.

In 2012 White revealed that he was diagnosed with Meniere’s disease. The said condition affects a person’s inner ear which causes sudden bouts of vertigo and other painfully uncomfortable sensations. In 2013 he had his ear operated but did not result in a favorable outcome. A few months after his surgery White flew to Germany for an expensive procedure called Orthokine which he claimed to have greatly reduced the symptoms of the disease.