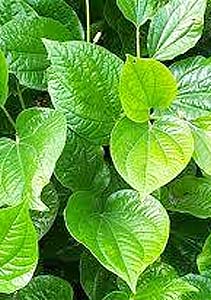 Bipolar disorder plagues thousands of people worldwide, and it is not something to be taken lightly. Unexpected swings from two extreme moods can seriously affect how a person functions, and may ultimately lead to dire consequences. Mania is the extreme mood that causes bipolar patients to be incredibly hyperactive and reckless, fueled by seemingly endless energy and mental acuity levels, and eventually they tend to become aggressive which can lead to physical and / or verbal altercations with other people.

Depakote is a drug that is prescribed to treat episodes of mania, relieve headaches, and remedy some forms of seizure. However, it comes with a risk of several side effects that can make matters worse for the bipolar patient. Some of the serious risks associated with Depakote use are liver damage, pancreatitis, and suicidal thoughts.

Below are some natural supplements that may help. That said for serious cases natural alternatives likely won’t be able to compare to prescription medications.  Due to this you need to discuss any natural supplements you plan on using with your doctor to see what’s best for you. 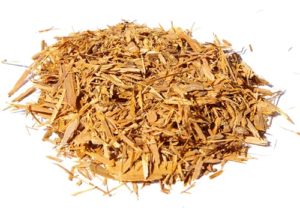 The Tupi tribe of Brazil originally steeped catuaba bark into tea to reap its powerful aphrodisiac properties. It belongs to the Erythroxylum genus of shrubs in South America. Some species of the said genus are known to be cocaine sources, but catuaba does not have the same alkaloids as cocaine’s. Aside from its qualities in enhancing sexual performance and curing associated ills, catuaba bark is also a renowned mood stabilizer thanks to its content of the alkaloids catuabine A, B, and C (these are all known stimulants of the nervous system), and through the nourishment of the nervous system. People who take it report having feelings of happiness with good sleep and pleasantly vivid dreams. Health stores sell dried bark, supplements, powder form, and extracts of catuaba bark.

A perennial herb that has a “unique” effect on felines, catnip also works on humans but not in that kind of way. The herb was originally used in ancient times to relieve common health problems by either chewing its leaves or drinking tea steeped from it. For the mind, catnip helps soothe anxiety on manic bipolar patients and calm them down thanks to nepetalactone isomers, or chemicals that are considered to be related to the ones found in valerian, another sedative herb. These same chemicals are the reason why a hot cup of catnip tea before going to bed results in a very fruitful sleep. Catnip leaves, both dried and in powdered form, are used to make tea, while catnip essential oil can be rubbed on your temples to relieve migraines. 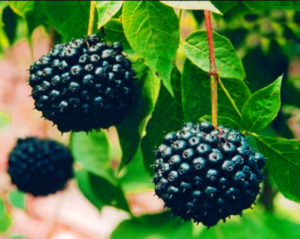 The famed Chinese physician Li Shih-Chen compiled a massive collection of effective treatments that are utilized in ancient traditional Chinese medicine. One herb that appealed to him among the rest is eleuthero, or Siberian ginseng. It is considered as among the most powerful adaptogenic herbs in existence, and hundreds of studies throughout history attest to its incredible health benefits, ranging from improving overall body performance to curing many health problems. In terms of moods, siberian ginseng works by balancing dopamine, epinephrine, norepinephrine, and serotonin, or the four chemicals in the brain that determine your mood. It also works on imbalances that occur in your hormones by affecting your adrenals and hypothalamus, helping you get back on track fast and calm your thoughts especially if you are bipolar. Siberian ginseng is widely available as dried root for tea, and in capsule, extract, and powder forms. 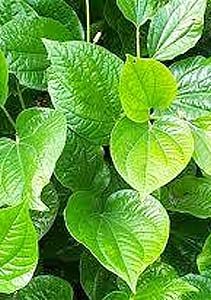 Regarded as a quick fix against anxiety, kava kava works quite fast after taking it and leaves behind feelings of contentment and relaxation. Popular in the Pacific Islands as a drink in between stories and games of chess, the herb contains compounds called kavalactones that minimize instances of extreme mood swinging. The herb also boosts GABA neurotransmitters in the brain, calming it down and regulating manic episodes for bipolar patients. Effective as it may be, kava kava’s effects do not last long, making it only a temporary solution in times of certain episodes. Some studies point out the herb’s potentially dangerous effects to the liver associated with long term use, but these findings are conflicting and there is still no concrete evidence to support the claim. Kava kava is usually made into tea, and there are supplements and extracts available for those who cannot stand its unique taste. Kavasutra, a bar that serves this herbal drink, has many branches throughout the United States. They include a small portion of pineapple on the cup to help customers chug down the bitter drink to the last drop.

L-theanine is an amino acid that relieves anxiety and stress, and improves cognitive performance. Electroencephalogram (EEG) scans performed during consumption of l-theanine sources reveal increased alpha wave activity. These said waves indicate that both the body and mind are relaxed yet alert. The amino acid increases GABA and serotonin neurotransmitters, allowing the brain to inhibit anxiety and calm down without suffering from jitters. As a bonus, l-theanine is also a known antioxidant, eliminating harmful free radicals that are triggers to many health problems. L-theanine is commonly found in black, green, and oolong tea, and higher doses are reserved in supplement forms.

Part of the most important minerals in the body, magnesium handles more than 300 important reactions that keep you healthy. Having enough magnesium prevents certain types of cancer, bolsters cardiovascular health, and minimizes risk of diabetes and severe migraines. On the other hand, a deficiency of magnesium, although rare, is linked to a slew of serious medical conditions including heart attack and jeopardized mood levels. Studies show that magnesium significantly improved the conditions of patients who suffer from acute mania, and the results were similar to those who rely on lithium therapy. Some of the best sources of magnesium include avocado, bananas, dark chocolate, dark leafy greens, soybeans, and yogurt. 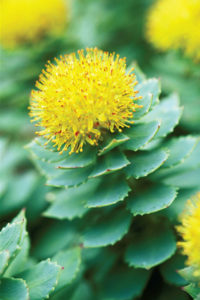 The use of this adaptogenic herb for medicinal purposes stretch back to the time of Chinese folk medicine where it was named hong jing tian. A study published in 2007 at the Nordic Journal of Psychiatry revealed the positive effects of rhodiola rosea when used by people with moderate depression, and other studies point out the herb’s capabilities in boosting physical performance and mental acuity while reducing anxiety and fatigue. Rhodiola stimulates the combination of hormones that are important in maintaining adequate levels of energy and mood namely the adrenocorticotropic, epinephrine, and norepinephrine hormones. It also controls cortisol production in the adrenal glands, ensuring that there are no imbalances with the hormone as deficiencies of it are linked to anxiety and stress. Rhodiola rosea is available mostly in capsule and extract forms, while some steep the herb for tea or add leaves and stems to salad. Despite its apparent effectiveness, bipolar patients are advised to coordinate with their physician in terms of using rhodiola, as going past moderate doses of the herb can lead to undesirable side effects.

An herb that is well-known for its sedative properties. Valerian reduces anxiety, nervous tension, and stress with regular use. The herb’s powerful effects target the central nervous system, and this helps calm the nerves during manic episodes and relieve migraines. Valerian is available commonly in supplement form, while some stores sell valerian root extract. Pregnant and nursing women should not take the herb to avoid complications.