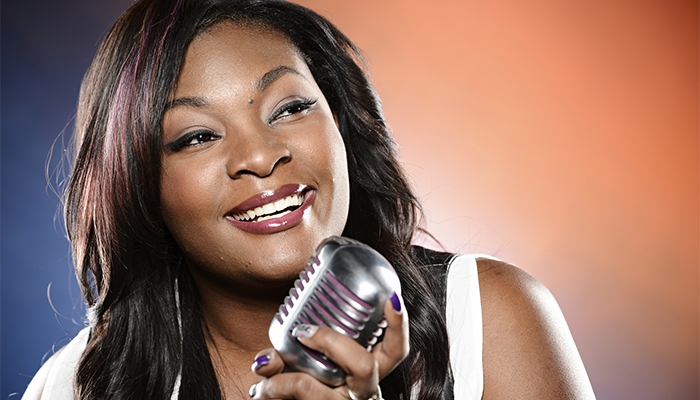 Candice Glover is an American R&B singer who rose to fame after winning the twelfth season of American Idol in 2013.  A native of Beaufort, South Carolina, the singer was also the first contestant in the show’s history to have had auditioned three times before making it through to the live competitionーshe had previously auditioned for the ninth and eleventh seasons of American Idol. However her efforts were finally answered when the singer went to audition for a third time for the show’s twelfth season in 2013; unlike her previous attempts, her performance during her third audition was ultimately met with praise and a standing ovation.

With her powerful and sweet sounding vocals, Glover eventually found herself head to head in a sing-off against fellow contestant, Kree Harrison during the show’s finale. She eventually won the competition on May 16, 2013ーat the time, she was the third African American female to have won American Idol. Unlike previous seasons, Glover’s debut album “Music Speaks” was made available for preorder immediately after the final episode. Upon its release, the album debuted at the number 14 spot on the Billboard 200 Chart and sold over 19,000 copies during its first weekーdisappointingly, it was also the lowest amount of sales which any American Idol winner has ever seen at the time.

A few months after the end of the competition, Glover took part in the annual American Idol summer concert tour, “American Idols LIVE! Tour 2013”; the tour opened in Kent on July 19, 2013 and eventually ended on August 31, 2013 in Nashville. In addition to that, the singer has also made numerous public performances in the country and have released a handful of singles.

But when we look at her discography, it seems that she hasn’t released any major albums or singles for a couple years nowーsince 2014 to be exact. What happened to the singer of American Idol fame? What happened to Candice Glover? Where is she now in 2018? 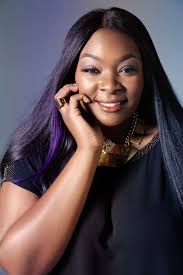 Born on November 22, 1989 in Beaufort, South Carolina, Candice Glover was the daughter of John and Carole Glover. She was also the oldest out of seven siblings. Even as a young girl, Glover was always entranced by music. She loved to sing but there was a tiny problemーshe was shy and would often times only be willing to perform in front of her parents, but even then it would be through a closed door. Overtime, Glover eventually overcome her shyness on the stage and made it to her school’s chorus a a soloist. At the time, she also frequently took part in the local church’s choir as a soloist.

Despite her deep love and passion for music, the singer had her share of troubles as she often found herself struggling with her weight. As a teen, Glover attended Beaufort High School in her home tome of Beaufort and later graduated from the school in 2008. It was later revealed by the singer herself in an interview that, there was a time period during her school days in which she had to receive counselling for her insecurity issues surrounding her weight.

Candice Glover and Her Previous Auditions For American Idol 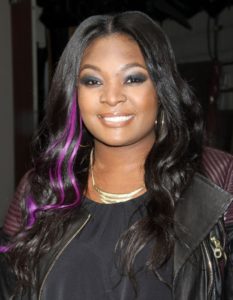 Glover was the first American Idol contestant to have auditioned three times prior to being cast for the live shows. She first attended the auditions for the ninth season of the competition however was ultimately eliminated by the show’s producers when she forgot the lines to her rendition of Adele’s “Chasing Pavements”.

In attempts to achieve what she could not the previous year, Glover once again returned to the American Idol the following year for the eleventh season. Unlike her audition for the ninth season, Glover was successful in advancing to the next round; however her auditions were ultimately not aired on television.

Candice Glover and the Twelfth Season of American Idol

Persevering despite her earlier setbacks, Glover returned yet again for the auditions for the twelfth season of American Idol in 2012. She performed Duffy’s “Syrup & Honey” as her audition piece and was met with a standing ovation from the audience and judges; judge Randy Jackson even going as far as citing that “she was the best performer by far in the competition”. As the singer continued to advance through the rounds, she eventually found herself at the group round in which she had been eliminated the previous year.

However unlike the previous season, the group performance was successful this time aroundーGlover along with Kamaria Ousley, Denise Jackson and Melinda Ademi performed a jazz rendition of Alicia Key’s “Girls Got Fire” and had won the praises of both the audience and the judges. Buzzing through the remaining rounds, the dark skinned beauty eventually found herself standing on the stage in the finales; her perseverance had paid off as she was announced to be the winner of the twelfth season on May 16, 2013. Her debut single and coronation song “I Am Beautiful” was later released that same day. 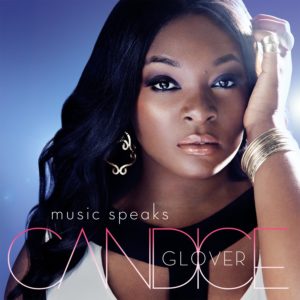 Following her victory, Glover’s debut album “Music Sparks” was immediately available for pre-order after the finale broadcastーa first for American Idol. The next day, the singer performed her debut single “I Am Beautiful” on the stage on The Tonight Show with Jay Leno; she later also performed the same song live on the Live! with Kelly and Michael show. Upon its release on May 16, 2013, “I Am Beautiful” debuted at the number 5 spot on the R&B Digital Song Charts and at the number 6 spot on the Heatseekers Song Chart; it later sold over 48,000 copies throughout the United States in the first week. Despite its generally positive reviews, the single was, at the time, the lowest charting American Idol winner debut single in the show’s history.

After participating in the American Idols LIVE! Tour 2013 which opened on July 19, 2013 in St. Louis and ended on August 31, 2013 in Nashville, Glover released her first debut single titled “Cried” on November 25, 2013; it debuted at number 28 on the Billboard Adult R&B Chart and later peaked at the number 18 spot. The following year, the singer released her debut album titled “Music Speaks” on February 18, 2014; while it was originally set for a 2013 release, it had gotten pushed back twice.

Upon its release, the album was met with overall positive reception by critics; the album sold 19,000 copies during the first week and had debuted at the number 14 spot on the Billboard 200 Chart. Similar to her earlier single, first week sales for “Music Speaks” were disappointingly the lowest out of any American Idol winner. The number of sales did eventually climb up slightly however after the next week, having sold over 27,000 copies by the second week. 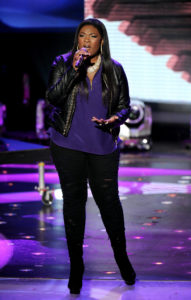 Glover has always been relatively shy regarding her appearance. In one instance, she had stated that she would never appear on the American Idol stage wearing a dress; however as her self-confidence grew throughout the series, she eventually felt comfortable enough to wear one in the show. Her growing courage and self-confidence ultimately drew the attention of many, with some fans citing Glover to be their inspiration. Judge Nicki Minaj had also teared up at one point, following the singer’s heartful performance of “Next To Me” during the later portion of the season, stating that “she has gotten so much more confident during her time on the show”.

The singer has had a dramatic change (in a a good way!) in appearance before and after American Idol. In total after the series, Glover had reportedly lost 30 pounds successfully. When interviewed, the singer admitted that she had probably lost around 20 pounds during the course of the show, with the final 10 pounds being lost around the time of the series finale. Glover has accredited her weight loss success to the help of a personal trainer and daily workouts at the gym. 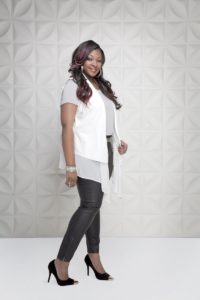 Since the release of her first studio album, “Music Speaks”, Glover has been busy working and recording for her second album which is set to be released in later 2016. It has been revealed that the album will feature material and tracks written entirely by the singer herself; she has also stated through her official Facebook page that the upcoming album will include a duet with fellow American Idol contestant, Amber Holcomb. After parting ways with her previous recording label, 19 Recordings/Interscope, the singer has announced that the new album will be released under her own independent label. The name of the 2016 album has not been released to the public as of yet.

In April 2016, American Idolーthe show which gave the singer her fame, was finally coming to an end after a run of 14 years. To commemorate the finale, alumni winners of the show were invited back onto the Idol stage one last time, including Glover herself. Together with other previous Idol alumni winners, the group performed Barry Manilow’s “Once Voice”. Glover later performed a duet, “Joy to the World” with Melinda Doolittle from the series’ third sixth season.

But that’s not all! The singer also landed a leading role in a gospel musical titled “The Love Shack” earlier this year; in it, she plays the role of a church girl named Lovely who is struggling to find her way. Filled with exuberant singing and dancing, the live musical play is about the story of a famous R&B singer named Melvin Love, who retired from the music industry to open up a church, affectionately named The Love Shack. The musical had two shows and had taken place on February 20th and February 21st of this year.

Glover also took up the roles of being a guest judge and performer at the recent Orangeburg Department of Public Safety’s “Who’s Got Talent in the ‘Burg” showcase, which took place earlier this July. The free talent show welcomed anyone to participate in the auditionsーfrom singers, to dancers to instrumentalists.

If you’d like to stay up to date with Glover and keep updated on the release of her 2016 album, be sure to stay tuned with both her official Facebook page and website. You can also find the star on social media, including Twitter (@CandiceGlover) and Instagram (@Candiceglover).