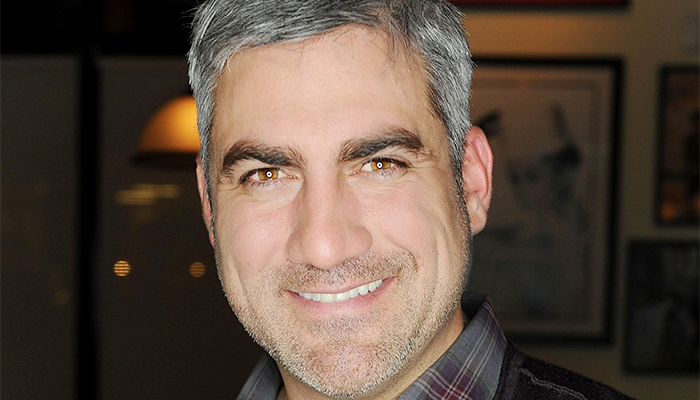 Taylor Hicks is an American singer most widely known for being the winner of the fifth season of American Idol. Having been a professional musician prior to his time on the competition, Hicks had released two independent music albums before appearing on the show. Known for his animated performances, the singer signed under Arista Records shortly after his win on the show and released his first major studio album in December 2006.

The self-titled album “Taylor Hicks” was a major success, having debuted at the number two spot on the Billboard 200 Chart and had sold over 298,000 copies during the first week. The debut album was later certified platinum by the RIAA for hitting over one million sales. Following his triumphant win on American Idol, the singer has went on to release two more albums, titled “Early Works” and “The Distance” respectively. The star has also since gone onto performing in tours and on Broadway.

However this talented man of Idol fame isn’t just a singerーhe is also a restauranteur. In May 2011, Hicks opened a restaurant in Birmingham, Alabama; called the “ORE Drink and Dine”, the restaurant had been voted by readers of the Birmingham magazine to be the “Best New Restaurant” of 2011.The place has since been reopened as “Saw’s Juke Joint”, a barbecue and live music bar in 2012; it continues to be open to this day.

But what has the singer been up to recently? What happened to Taylor Hicks? Where is he now in 2018? 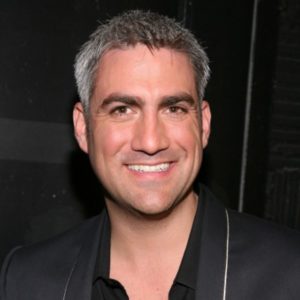 Born on October 7, 1976 in Birmingham, Alabama, Taylor Hicks was the son of Bradley Hicks and Pamela Dickson. When he was eight years old, Hicks moved to the suburbs of Hoover along with his parents however unknownst to him at the time, the two would soon divorce later that year. After the divorce, Hicks was raised by his father and stepmother, Linda. He later gained a half brother named Sean. Due to his difficult childhood, Hicks has said that he often turned to music for solace as a young boy; he would often tune into Ray Charles’ music on the radio as the melodies helped him to cope.

Even at a young age, Hicks was drawn to music. As a young boy, he would often sing and dance at his father’s dental office for those who would listen. When he was 16 years old, the teen bought his first instrumentーa harmonica for $2 at a local flea market; he eventually taught himself how to play it. It was then, that Hicks first discovered that he had the talent of perfect pitchーthe ability to recognize and identify a musical note simply by hearing its sound. Following this realization, Hicks soon found himself working nightly music gigs at local bars in secret. A couple years later at the age of 18, Hicks wrote his first song titled “In Your Time”; he would then teach himself how to play the electric guitar.

Having always been tall for his age, Hicks was standing at a stunning 6″1 by the time he entered high school. He attended Hoover High School and was an active athlete, having been part of the school’s baseball, basketball and soccer teams. It was also during that time that he started to develop premature grey hair.

After graduating from high school, Hicks enrolled at Auburn University to study business and journalism. Despite having spent three years at the University and having been within reaching distance of his degree, the singer ultimately decided to drop out to pursue a professional music career. 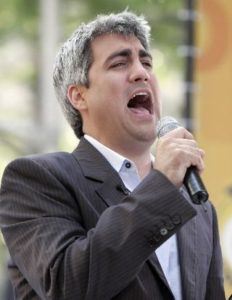 Following his departure from college, Hicks spent the next few years embarking on various music endeavours. While it was undoubtedly a struggle, he continued to perform at local clubs and bars, in attempts to land a record deal. At one time, he was also a member of a band called “Passing Through” however he would soon leave it to start his own undertaking. During those days, Hicks self-produced two independent albums titled “In Your Time” and “Under the Radar” which were released in 1997 and 2005 respectively; however the two records were only met with mediocre success. To make ends meet and to support himself, the singer took on a variety of odd jobs including dressing up as the Easter Bunny at a local shopping mall.

Taylor Hicks and His Time on American Idol 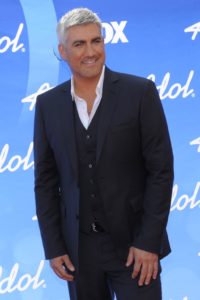 Despite his eventual win, Hicks had in fact, never originally planned to have auditioned for American Idolーit was in some ways, a coincidence. In 2005, Hicks was caught in the outbreak of Hurricane Katrina whilst staying at New Orleans for a friend’s wedding; when his flight home was canceled, he was offered a free airplane ticket voucher. However instead of using the voucher for a return flight back home, as per his original plans, Hicks had made the decision to fly to Las Vegas to take part in the auditions for American Idol.

Amongst a room of young teen singers at the auditioning event, Hicks was almost immediately judged by others for his age and for his grey hair. However despite these initial hurdles, the singer successfully passed  the audition and had gained most of the judge panel’s approval and praiseーall except for British born Simon Cowell, who had stated that “Hicks would never make it to the final round”, a quote which he would later take back.

Hicks eventually advanced through the show and found himself amongst the top 3 on May 10, 2006. Prior to the finale sing-off, the grey haired singer participated in a weekend of promotional events at Birmingham on May 12; Hicks was later given the key to the city and the day was proclaimed to be “Taylor Hicks Day”.

Hicks ultimately triumphed over fellow finalist, Katharine McPhee and was crowned winner of the fourth season of American Idol on May 24, 2006. According to sources, the finale had seen over 63 million votes by audience members. At the age of 29, Hicks was the oldest constant to have won the competition at the time; he was also the first caucasian male winner in the show’s history. 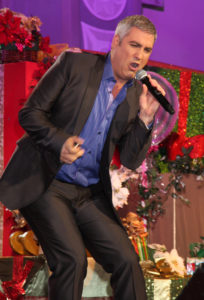 Following his win, Hicks subsequently signed a recording deal with 19 Record Limited, which was managed by the creator of American Idol, Simon Fuller himself. The singer released his first debut single on June 13, 2006; titled “Do I Make You Proud”, the record debuted at number one on the US Billboards Hot 100 Chart and saw over 190,000 sales and over 38,000 digital downloads during the first week of release. At the time, Hicks was the fourth American Idol Alumni to have ranked a single debut at the number one spot on the Billboard Hot 100 Chart.

After weeks of working on his recordings, Hicks later released his first studio album titled “Taylor Hicks” on December 12, 2006. The album debuted at the number two spot on the Billboard 200 Charts and was a huge commercial hit, having sold over 298,000 copies during its first week. The album was later certified platinum by RIAA in 2007. To support the release of “Taylor Hicks”, the singer also embarked on a promotional tour, which lasted for three months having opened on February 21 in Jacksonville, Florida and ended on May 12 in Seattle, Washington.

Later that same year, Hicks was also rumoured to have been offered a $750,000 deal to write an autobiography of his life. The book was later ghostwritten by David Wild and releasedon July 10, 2007.

However despite the initial success with his debut studio album “Taylor Hicks”, the singer was eventually dropped from Arista Records due to low sales. Under his own independent label, Modern Whomp Records, Hicks released his second studio album “The Distance” on March 10, 2009. The album consisted of eleven tracks, all of which were produced by music producer, Simon Climie. Despite generally positive reviews by critics, “The Distance” debuted at number 58 on the Billboard 200 Chart and sold 9000 copies during its first weekーconsiderably less than his first studio album.

In April 2012, it was announced that Hicks will be beginning a one year residency at Bally’s in Las Vegasーhe is the first American Idol winner to have managed to achieve such a feat. He began the residency in June 2012 and later moved to a larger venue in Paris the following year. 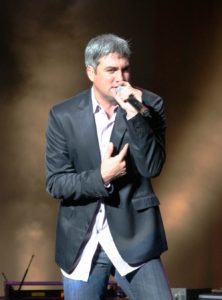 Although Hicks’ American Idol career has come to an end, the singer is still ways away from retiring from the show business. In fact, it was recently announced in April of this year, that Hicks will be acting as host of a new food and travel series on the INSP network, titled “State Plate”ーwhich is set to air this fall. According to the SVP of Programming at INSP, the show, which will be celebrating the unique food traditions in the US, will feature a different distinctive food item in each episode.

Considering the fact that Hicks has had years of experience as a restauranteur on top of his career as a musician, it sure makes sense that he would make the ideal host! With the shooting of the series under way, it’s understandable that he’s been quite busy throughout the weeks of 2016. But that doesn’t mean that he’ll put his music career to the sideーin between TV shooting, Hicks has also been making various appearances at concerts and events.

Since the beginning of the year, he has sang for multiple groups of fans including at the Friday Night Live Summer Concert series and at a free concert in Rutland this July. Held at an intimate setting at the “pit” parking lot on the corner of Center and Wales Street, Hicks’ free acoustic show was amidst an open-air market venue with dining, shopping and activities for children. The singer has also been known to perform regularly at Caesar’s Place in Las Vegas.

In addition to television and music gigs, Hicks has also been recently featured in Yahoo Music’s Reality Rocksーa column in which American Idol alumni are invited to share their personal stories. In the exclusive feature, Hicks shares with readers his experiences on the show and offers advice to those who are interested in pursuing a professional music career. The singer also shares some inner stories from his time on American Idol, including the many ups and downs which he has had to face prior to his win.

If you’d like to stay up to date with Taylor Hicks, then a visit to his official webpage is a must! You can also find the star of American Idol fame on multiple social media platforms, including Twitter (@TaylorHicks), Instagram (@taylorhicksofficial) and Facebook.