What Happened to Juan Pablo Galavis? News and Updates 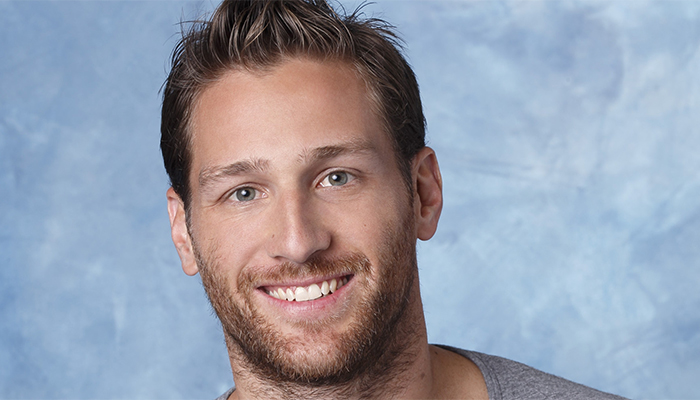 Juan Galavis is a former professional soccer player best known for having appeared on the reality dating series, The Bachelorette and The Bachelor. Galavis first debuted as a television personality on the former show in May 2013; he made his appearance in the ninth season of the series, as a possible suitor for 27 year old bachelorette, Desiree Hartsockーhe was also the first non-anglo contestant on The Bachelorette. However despite having had made it weeks into the competition, Galavis was eventually eliminated during week 6 along with contestants James Case and Kasey Stewart. Following his time on The Bachelorette, Galavis was later invited to return to the ABC network to star in the franchises’ original series, The Bachelor.

A few months after the finale of the former dating series, Galavis once again made his way onto the small screen to star in the eighteenth season of The Bachelor; in fact, producers had already chosen him as the show’s next bachelor during the season finale of The Bachelorette. As a latino, the former Venezuelan soccer player was also the first bachelor to have been chosen from a minor ethic group. Unlike previous seasons of the show, the eighteenth season saw a total of 27 contestantsーtwo more than the usual 25. In the show, Galavis was presented with a pool of potential female love interests, whom he then got to know better throughout the course of the season via events such as one-on-one and group dates. He eventually selected paediatric nurse, Nikki Ferrell as the winner of the season after having experienced sparks throughout the season with the blonde.

While Galavis did not end up proposing to Ferrell at the end of the season, contrary to the series’ traditions, the two did continue on with a dating relationship. However issues soon began to surface as the  the pair found themselves to be fighting more and more often; eventually, the couple sought the help of Dr. Jenn Bermanーan American psychotherapist on the reality show, Couples Therapy. Despite their efforts however, the two later ended their relationship in October 2014; both Galavis and Ferrell have since gone their separate ways.

But what has the former professional soccer player been up to since then? Who is he in a relationship with now? What happened to Juan Pablo Galavis? What has he been doing recently? 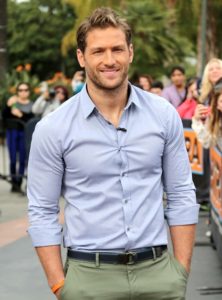 Born on August 5, 1981 in Ithaca, New York, Juan Pablo Galais was the son of Venezuelan parents, Nelly Guinand and Saul Galavis. He is the second born out of three siblings. When Galavis was two years old, his family moved from his birth city of Ithaca to the Venezuelan city of Barquismetoーit would ultimately be where he would spend most of his childhood. After spending years living in Venezuela, Galavis made his return to the United States over a decade later to attend university at the American Roberts Weslyn College in Rochester. As a sports loving student at the time, he also played for the school’s soccer team, where he ended up setting a third place record for most of his assists. Shortly afterwards, he joined the Primera Division Venezolana football league where he played professionally for the team as a midfielder. After having played with them for a few seasons, Galavis then joined the Miami FC in 2008.

Following the 2008 season, Galavis later retired from the sport after the birth of his daughter, Camila. Having broken up with her birth mother, Carla Rodriguez after having spent a few years together, the former soccer player ultimately chose to raise the child himself as a single fatherーthis makes Galavis the third single parent to have graced the screens of The Bachelor franchises. After retiring from soccer, Galavis also began to shift his focus to his ongoing career in the music industry; at the time, he also started to work with Venezuelan performers Mario Donoso and Frank Santofimio. But that wasn’t allーthe former athlete also made his first appearance on the small screen in a television commercial.

Juan Pablo Galavis in The Bachelorette 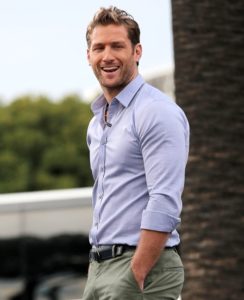 In 2013, Galavis took his first step into reality TV by starring in ABC’s dating series, The Bachelorette. As a latino from Venezuela, he was also the first hispanic contestant to compete on the show at the time. He made his appearance on the ninth season of the series which premiered in May 2013. Created by Mike Fleiss, the premise of The Bachelorette revolved around a single bachelorette, who is introduced to a group of potential male suitors, whom she gets to know better eventually throughout the season. After getting to know her possible romantic interests better through various activities as the show progresses, contestants are then eliminated every week via a rose ceremonyーa ritual in which the bachelorette offers a rose for those whom she would like to remain on the show. At the end of the season, one of the two finalist contestants then propose to the bachelorette, prompting her final selection.

Galavis appeared in the ninth season of The Bachelorette, alongside 24 other contestants for an opportunity to be selected by bachelorette, Desiree Hartsock. However despite having made it to the second half of the competition, the former professional soccer player was eventually eliminated during week 6 of the show. Hartsock ultimately selected mortgage broker, Chris Siegfried as the winner of the season.

Juan Pablo Galavis in The Bachelor 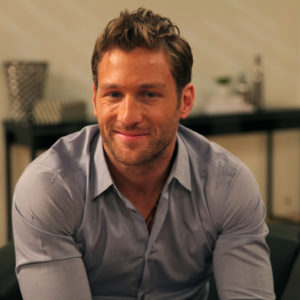 During the finale episode of The Bachelorette, it was already announced by producers that Galavis was going to star in the next season of the franchises’ original series, The Bachelor; he would also be the series’ first hispanic bachelor. Similar to the spinoff series, The Bachelor revolved around a single bachelor who is then presented with a group of potential female interests. Every week as the show progresses, a small handful of contestants are eliminated via the rose ceremony; this continues throughout the season until a winner is selected at the end. However differing from The Bachelorette, the bachelor in the show is expected to propose to the chosen contestant during the season’s finale.

In January 2014, Galavis made his appearance on the eighteenth season of The Bachelor, after having previously been eliminated from its sister show. Throughout the season, the contestants and Galavis himself travelled to numerous countries around the world such as South Korea, New Zealand, Utah and New Zealand whilst participating in various activities as a means of getting to know each other. Unlike some of the previous seasons, the eighteenth season featured a total of 27 contestants, two more than the usual number of 25. As the series progressed, many viewers seemed to notice the sparks flying between Galavis and 26 year old contestant, Nikki Ferrell. At the end of the season, Galavis ultimately chose Ferrell as the winner, with hairstylist, Clare Crawley as the runner-up.

However contrary to the traditions of The Bachelor, Galavis did not propose to Ferrell during the season finale; instead, the two had chosen to continue their relationship as a dating couple. While things seemed to be progressing smoothly for the two, issues in the relationship eventually began to surface as Galavis and Ferrell found themselves arguing more often. After months of fighting, the couple later sought professional help from Dr. Jenn, a psychotherapist on the reality series, Couples Therapy. Although the two seemingly made small strides in their relationship while undergoing couples therapy, they eventually broke up in October 2014 after having spent a few months together.

According to sources, Ferrell was the one to have initiated the break upーit was in fact, not a mutual decision. While some sources have stated that the relationship was doomed due to the two having wanted to pursue different things in life, others also added that Galavis had also seemingly stopped putting effort into the relationship. The couple made their final appearance together in August for the former soccer player’s 33rd birthday party at the Flamingo Theatre Bar before going their separate ways a few months later. Since then, Ferrell has been engaged to long-time friend, Tyler Vanloo.

What is Juan Pablo Galavis Doing Now? Is He Single? 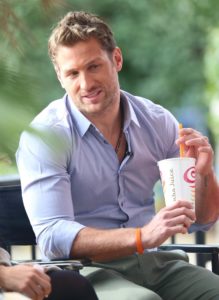 Recently this May, Galavis made the headlines when he hinted at a possible return to the twelfth season of The Bachelorette to win the heart of bachelorette, JoJo Fletcher. The former bachelor appeared to have been fond of the brunette, as he was often seen tweeting positive things about the real estate developer. Prior to ABC’s announcement of the next star on The Bachelorette, Galavas had expressed on Twitter that “if [Fletcher] was to be on the next bachelorette, [he] might have to sign up again”ーa tweet which led many to have believed that he was going to return to the small screen to compete for Fletcher’s heart…after it was announced that she was indeed, scheduled to star in the next season of the show.

In terms of projects, Galavis has recently been back in front of the cameras, not as a reality starーbut as an actor. The 34 year old former bachelor starred in a recent video series titled “Breakup Breakdown”. Created by the Broadway Video comedy studio, Mas Mejor, the series re-enacts various bad breakups in a mocking, humorous way. In it, Galavis was seen sporting a rather new look, with much longer hair than he had had back in his The Bachelor daysーit was also the reality star’s first acting gig. The video has since garnered close to 10,000 views since it was first uploaded onto Mas Mejor’s Youtube channel back on May 23, 2016.

Earlier this year, Galavis also guest starred in the celebratory TV special, The Bachelor at 20: A Celebration of Loveーa big get together featuring previous show alumni, to celebrate the 20th season of the dating franchise. The two-hour special included updates on a few fan favourite couples and even provided audience members with the glimpse of a few behind the view scenes. The special aired on February 14, 2016ーfittingly on Valentines’ day this year.

Besides his work as a reality star, Galavis has also been proposing with his career in the music business. As a music and sports consultant, he has promoted various musical artists in the past such as the popular latino artists, Obie Bermudez and Chino y Nacho. As we see it now, the former bachelor may just be ending his time on reality television to focus back on his music career 100%.

If you’d like to stay connected with the former Venezuelan professional soccer player, then make sure you follow him on social media. You can find him on Instagram (@juanpagalavis) and Twitter (@JuanPaGalavis). Or if you’d prefer the good ol’ blue and white platform, you can visit his official Facebook page at @juanpablogalavis.