Saudi Arabia Will Soon Have The World’s Largest Hotel 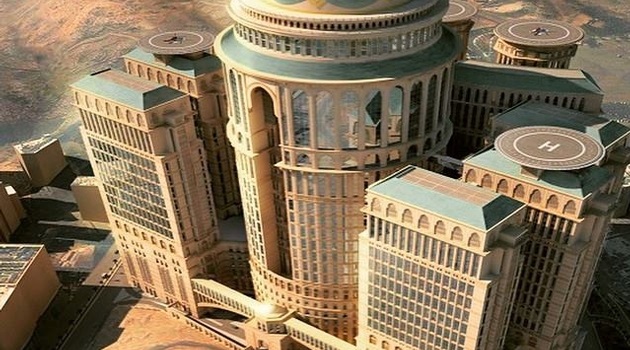 There are many large hotels around the world but Saudi Arabia will soon have the largest. It is set to open in Mecca next year and will have at least 2,000 more rooms than the biggest hotel in the world today.

The hotel, called Abraj Kudai, is currently under construction and is expected to open next year. The building will have 10,000 rooms. The First World Hotel & Plaza, located in Malaysia, currently has the Guinness World Record for largest hotel in the world with 7,351 rooms.

The estimated project cost is around $3.5 billion and the hotel will have 12 towers, each with 45 floors. The hotel will also have 70 restaurants, a shopping mall, a number of ballrooms and five helipads. Five floors will be reserved for the Saudi royal family.

Ten of the twelve towers will provide four-star accommodations while the other two will offer five-star accommodations. Earlier this year, analysts mentioned that construction and opening would be delayed due to the current low price of oil. But the hotel could open in Mecca as early as next year.

When completed, the hotel will have 2,649 more rooms than the current Guinness World Record holder, which has 7,351 rooms.

Saudi Arabia already has a number of luxury hotels but the 10,000 rooms, twelve towers, five helipads and 70 restaurants, easily make it stand out. Here are a few pictures of what will soon be the world’s largest hotel: 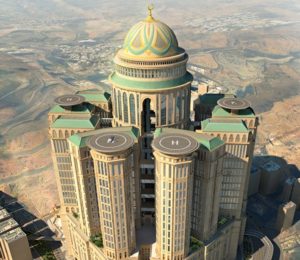 Here is the hotel and the towers that will make it the largest by room count. Some of the helipads can also be seen on top of the towers. 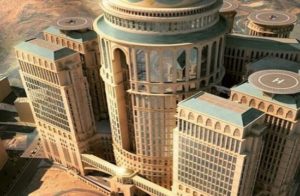 Here is a closer view of the towers and helipads.

The Abraj Kudai hotel is being built nearly two kilometers away from the holy Islamic site in Mecca. It will be opened next year and will be the world’s largest hotel by room count. The city currently has more than 24,000 rooms under construction, 10,000 of them from the Abraj Kudai.