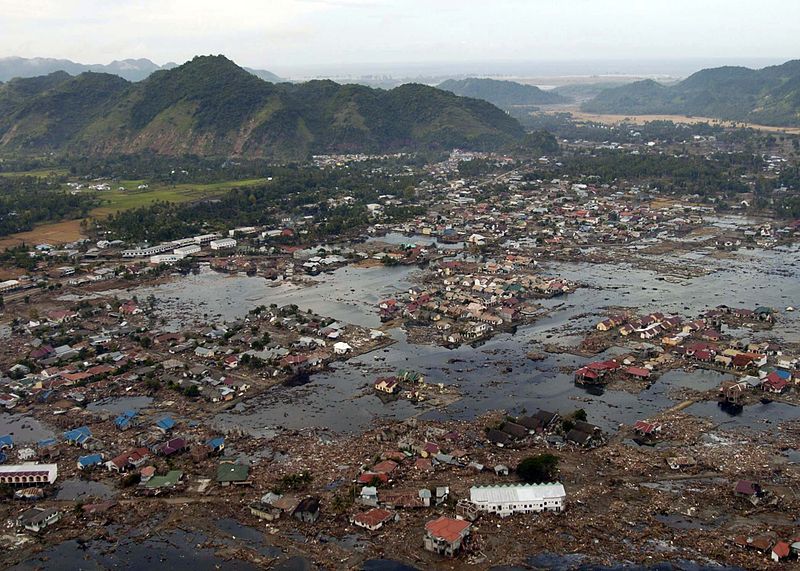 Natural disasters are tragic events that cause lots of damage and suffering. People die or get injured, buildings are crushed and the entire environment becomes a shadow of its past self. But some disasters really outdo themselves and cause massive amounts of damage in all possible ways. And that’s what we’re looking at today.

We’ll be going over 10 naturally caused disasters that took the largest amount of human lives. For the sake of relevance, we’ll only include the events that happened since 1900. Without further ado, let’s take a look at top 10 natural disaster by estimated death toll. 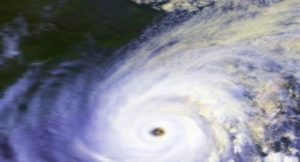 In 1991, a terrible disaster took place in the small country of Bangladesh. During the spring, a huge cyclone struck the Chittagong district, with huge winds blowing at over 250 kilometers per hour (155 mph). Those winds caused huge (6 meter / 19 feet) waves that have killed at least 138,000 people. However, the damage would be much larger if around 2 million people didn’t evacuate prior to the cyclone. Still, some people didn’t know where to go (and some simply didn’t want to), so many were killed, most by drowning. An estimated damage of $1,5 billion was caused to various buildings and properties. Entire villages were completely devastated, and the entire area suffered an economical crisis. 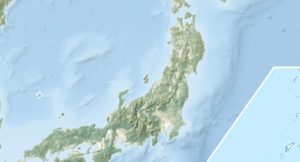 In 1923, an earthquake, later named Great Kanto eartquake, struck Japan’s Honshu island – the largest one of the four. The earthquake lasted somewhere between 5 and 10 minutes, and in that time caused massive amounts of collateral damage and killed many people. Earthquake’s magnitude was a big 7.9, measured using the moment magnitude scale. The earthquake hit during most people’s lunch times, which caused many fires to break out, some even turning into firestorms. Around 105,000 deaths are confirmed, with another 37,000 people missing, presumed dead. The total damage exceeded 1 billion dollars. 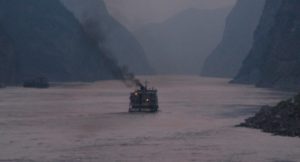 In 1935, China’s Yangtze, the largest river in Asia, flooded and demolished a large area in China. Due to the river’s huge size, the floods took many casualties and caused great amounts of damage to the property and nature surrounding it. Almost 150,000 people are estimated to have died from the flooding, with many more injured. The people who stayed alive were heavily effected by the floods in a negative way – loss of income, less food, damaged properties, injuries, etc. Most recent Yangtze floods happened in 1998, however it caused much less death, with around 4,000 people dying during it. 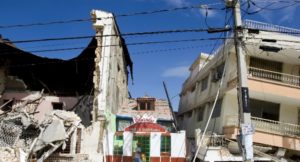 The most recent event on this list happened just 6 years ago in Haiti. A huge earthquake hit Haiti in January 2010, and broke many records with its devastation. It’s estimated that up to 160,000 people died during the earthquake, with many more being injured and otherwise affected. Due to the catastrophe happening in the modern age, many countries very able to aid Haiti with supplies, money and physical help. Haiti is one of the poorest countries of the world, and without massive help from other countries, it would never recover. Even with the aid, the recovery is still in progress.

Typhoon Nina, that struck China in 1975, is the world’s 4th most deadly tropical cyclone that ever happened. Majority of the 229,000 deaths happened because of a dam that collapsed, which was a direct result of the typhoon and floods that were happening. Banqiao Dam was built to withstand a one-in-a-thousand flood, but it unfortunately wasn’t big enough to stop Nina mixed with a cold front. The estimated damage in 1975’s US dollars was somewhere around $1,2 billion, and close to 230,000 people have died as a result of the catastrophe taking place. 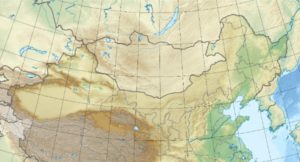 Another terrible that took place in China during the last century. 1920 Haiyuan earthquake was so powerful that it caused aftershocks even 3 years after it struck. The earthquake hit Chinese province Haiyuan County in December 1920, and caused a catastrophe. Over quarter of a million people died, and many rivers, fields and forests were demolished. However, that earthquake wasn’t the worst one that hit China, but more on that later. 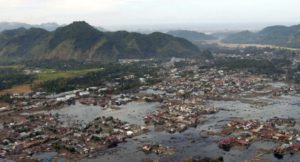 In 2004, Indian tectonic plate was subdued by the Burma Plate, triggering several intensive tsunamis to appear across the coast of the Indian Ocean. Fourteen countries were affected, with a total death toll of 280,000 people, with many more missing or injured. It is reported that the waves caused by the tsunamis were up to 30 meters (98 feet) in height, and that they’ve caused earthquakes in places far away (such as Alaska). For comparisons sake, the total energy released during the disaster was that of 15 atomic bombs that were dropped on Nagasaki and Hiroshima. 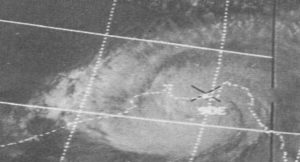 The deadliest cyclone in the history of the earth happened in November 1970. A storm surge that happened caused anywhere between 250,000-500,000 people to die (we’ve taken the average for this list). At the height of their speed, storms were reaching up to 185 kilometers per hour (115 miles per hour). One of Bangladesh regions, Tazumudding lost almost half of its population during the catastrophe. The total damage was around 85 million USD, which is smaller than most on this list, but the death toll certainly makes up for it. 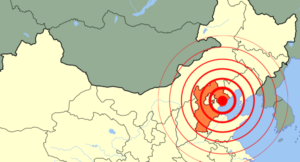 Just a year after the typhoon in 1975, another horrible disaster took place in China. The Great Tangshan earthquake that happened in 1976, struck a city with approximately million people. The earthquake, which lasted around 15 seconds, managed to cause severe property damage and take many human lives. The total estimated damage was around $1,5 billion (10 billion yuens). It is reported that hundreds of thousands of buildings were destroyed in the world’s deadliest earthquake of the modern age. 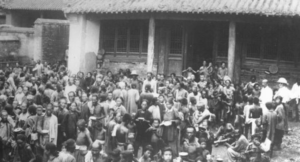 The most deadly naturally-occurring disaster in the modern history also happened in China. In 1931, rivers Yangtze and Huai flooded the Republic of China, causing one of the world’s most tragic disasters in the entire history. It is estimated that anywhere between 1 and 4 million people lost their lives in the floods. Collateral damage was, of course, huge. The damage of the floods affected around 28,5 million people in total.

The deadliest blizzard ever recorded happened in Iran in 1972, when it took around 4,000 human lives. Over 3 meters of snow were dumped on the rural fields all over Iran.

Deadliest heat wave happened in Europe, fairly recently. In 2003 70,000 people died from reasons related to the heat wave that led to Europe’s hottest summer in centuries.

92,000 Indonesians were killed in the eruption of Mount Tambora that happened in 1815. The following year is globally known as The Year Without Summer, thanks to worldwide harvest failures caused by the eruption.