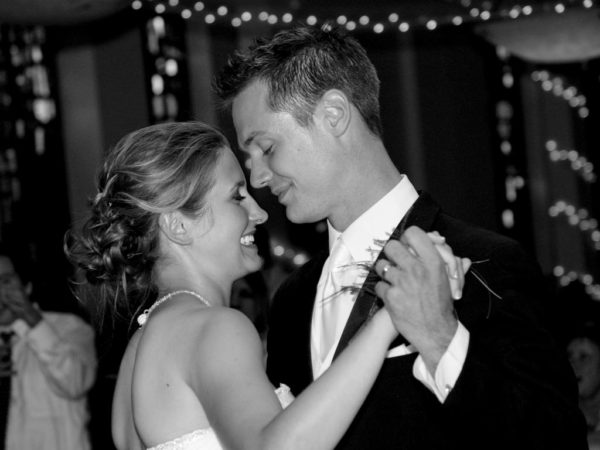 We can all agree the 90’s were a pretty great time to be alive. The start of the internet, the fall of the USSR, and a time when many of us had big hopes about the future. For some of us, those hopes have come to pass in a lovely spouse-to-be and have produced one simple question: “What should we play at the wedding?” Here, we’ll take a look at our top ten picks for the best wedding songs of the ’90s, so you can start your wonderful new life with a nod to the past that brought you together in the first place. The songs are in no particular order, but all are great picks for the reception whether you are the slow and romantic types, or wanting to get down like it’s 1999.

When people think of iconic 90’s songs, those performed by Hootie often take the top ticket. With a fast acoustic chord sequence, a carefree and comical lyric structure, this is great for a reception outdoors or during the summer.

A poignant song that reminds many of the first love story they watched (in the film The Lion King), this is perfect for a particularly nostalgic couple or those who are still very young at heart. With lyrics that assert the idea that “wherever you are, I feel at home”, it’s great for couples who see this as not only a new life, but a new adventure that can be taken together, hand in hand.

No 90’s list of romantic songs could be complete without a little Celine Dion. With the classic slow-jam format and lyrics that gush of love and appreciation, this is ideal for the first dance, or even in some cases walking down the aisle. With Dion’s balance between strong and passionate vocals, as well as a soft instrumental that provides a steady background, this is a song everyone can dance cheek to cheek to. 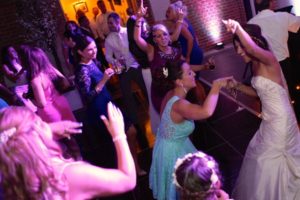 If you’re the couple that typically ends disagreements with laughter and have a nerdy bend to what you enjoy, this may be a great choice for your reception. Not only does it give of the “young at heart” vibe, but if you have a plan of having people perform karaoke after a few glasses of champagne, this will be a blast. Between the purely 90’s references, the nonsensical lyrics and the chorus that shows even if you’re both stubborn everything can go alright, you simply can’t go wrong.

While initially recorded as a funky 90’s West Side club hit, this song has made it into more than its fair share of receptions. With a beat that would get even your grandmother to bust a move and an overall cheery sound, it’s fantastic for those that want to put a bit of an urban party into their big day.

There’s nothing quite like Prince to put both romance and nostalgia into the air. With an iconic voice, an upbeat but not too fast instrumental backing, and lyrics that quite clearly express love and admiration, it makes for a decent slow dance with just a bit of spice to it. And who can resist those high notes filled with emotion?

If your wedding needs a bit of 90’s pop and country twang, Shania Twain may be your best bet. Much like Celine Dion, Twain’s is a dedication piece, and slow in both lyric and instrumentals. It’s one of those songs that’s cheesy in the adorable sort of way, so if you’re a couple that enjoy such things, this may be worth looking into. While not as country as many of her other songs, it does carry some lyrical elements of that style and thus may fit into slightly more rural locales, and thus create a nice secondary theme to the celebrations.

This is a song which suffers from the disease of “I know one line, but can’t remember who made it”, but is truly a hidden gem. With slow drum backing and a melodic, if somewhat high pitched primary vocalist, this song is perhaps best known for its chorus that begins with “I wanna stand with you on a mountain”, which typically jogs the memory of anyone who listened to the radio in the late 90’s. While perhaps best not ideal for walking down the aisle, it fits wonderfully into any reception that has a 90’s feel to it.

Everyone’s favorite 90’s song that no one knows the lyrics to, the Macarena had to make it onto this list. Whether you are going for a very formal reception or laid back, you can rest assured this ear worm of a song will be easy to dance to whether in a dress with a 20 foot train or in a t-shirt tuxedo. Nothing quite says love like leading a group of friends and family in a silly dance (such as accompanies the song) with your partner.

If you happen to be going for a wedding that calls upon both the 90’s and has some influence of the Isles, Sting may very well be your man. With an imagery in his lyrics that seem much older than a few decades, and the same lyrics expressing great love, this is a fantastic choice. It not only shows your current love for each other, but also carries with it a remembrance of the good times that have brought you together and the good yet to come, hopefully for very many years.

An Honorable Mention: Here and Now by Luther Vandross, 1989

While this song is 3 months shy of making it into the 90’s, it simply had to be mentioned. If there was ever a song to be made for both walking down the aisle or the first dance, it would be this one. Luther performs with a unique emotional strength and unbridled passion, with the background instrumental kept simple and sweet. Likewise, the lyrics put it quite plainly: “Here and now, I promise to love faithfully”. Simply said, this song speaks for itself and deserves at least momentary consideration for those soon-to-be weds who carry a love as strong and caring as is expressed in this piece.

This has been out countdown of the top ten wedding songs of the 90’s. No matter the song you have decided on for your big day, we wish for you a wonderful ceremony and a very happy life with your partner, whoever that may be.