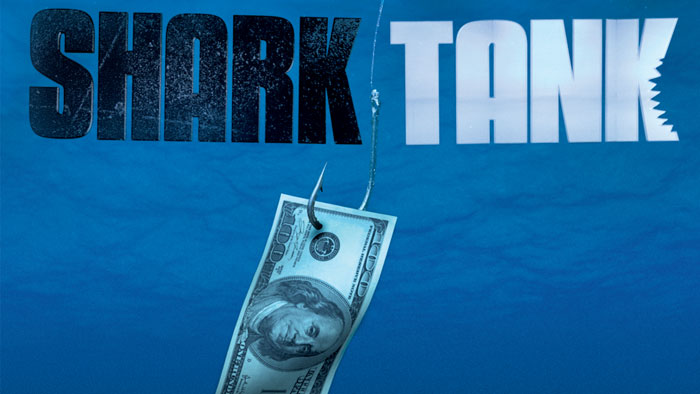 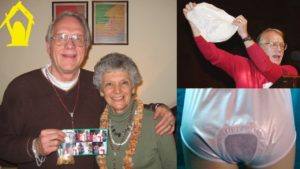 Buck and Arlene Weimer are a successful elderly couple who put their heads together in order to create a product that is meant to help people within the older community. Both Buck and his wife are psychotherapists with great minds and ambition. Together they created an undergarment specifically designed for those who experience bowel difficulties. Arlene herself is a woman who suffers from Crohn’s disease, and thus was even more determined to invent something that would help reduce embarrassment for those people who experience chronic flatulence.

The way the underwear are designed allows for the reduction of embarrassing odors that come with bowel issues. Arlene herself has been wearing them for 15 years herself and insists that they do in fact work. The underwear are made from polyurethane-coated nylon, which is a soft but air-tight fabric. But what really does the filtering of the gas is the triangular “exit hole” which is sewn into the back of the underwear. The way the underwear are constructed forces the gas to go through the exit hole which contains a multi-layered filter. The first two layers of the filter are made out of wool felt and the last two consist of non-woven polypropylene and spun glass. This filter eliminates the odor from flatulence and are easy to replace. According to Buck and Arlene, filters only need to be replaced every couple of weeks, or even months, depending on the frequency of underwear usage.

Arlene and her husband both believe that their new invention will dramatically change the lives of people who suffer from bowel problems and want nothing more than to release these life changing underwear to the public to buy, but they don’t have the fund to properly launch a company on their own. It is because of their need for financial backing that they take to the Shark Tank in order to hopefully find a new business partner to invest into Underease Underwear. 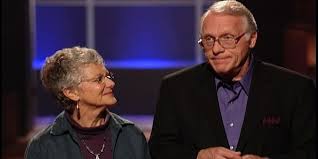 The Weimer’s enter the Shark Tank seeking an initial $55k for a 25% stake in their business. Shortly after naming their price, Arlene speaks up and shares her story about how these underwear helped change her life. Being someone who suffers from Crohn’s disease, which is an inflammatory bowel condition, Arlene also suffers from having bad gas issues. The way the could came up with the idea for these underwear was in 1991. After having a large Thanksgiving dinner, Arlene’s flatulence was particularly odorous, Buck decided that he would create a pair of underwear to contain the smell. It took months of trial and error to come up with just the right pair, but eventually a remedy was made.

In the year 2001 the couple launched a website online for their product, but were hardly taken seriously. People found their product almost humorous. However, they still managed to make some sales. During the year prior to appearing on the show they made $37k in profit and the year before that they made over $67k as a result of heavy advertisement. Robert Herjavec inquires on whether that had been their most successful year, but finds out that the first year the product was launched Underease Underwear made $83k. So, with that information in mind, it is clear to see that their sales have gone down in recent years. Arlene assures the Sharks that even though the sales are lower than they initially were, sales increase whenever they do a lot of advertising.

Daymond John then asks what the purpose of these underwear are and how much they are being sold for. Retail sale price for Underease Underwear is $24.95 for one pair of underwear with one filter. Herjavec praises them for their ability to present themselves and the topic of flatulence without making it awkward or uncomfortable, but claims that the market they are trying to reach is too small for him to risk investing into it. John also agrees, saying that what they have is a product made for the medical field or house orders. He also decides not to invest. Barbara Corcoran brings into question whether she would rather wear her sexy underwear and risk having bad gas or wear those underwear and not feel sexy. In conclusion, she decides she would much rather wear her sexy underwear because Underease Underwear looks and feels like it would be too medical for her taste. As a result of that, she also does not invest into the Weimer’s company.

With Kevin O’Leary as their last hope, the Weimer’s stand in anticipation as they wait for his verdict on the matter. He tells them that they did a great job with present their unusual product, but that it just isn’t something that he could see himself investing into. After wishing them the best of luck on the rest of their journey, the couple walk away from the Shark Tank with empty pockets and no new connections to the business world.

Underease Now in 2018- The After Shark Tank  Update 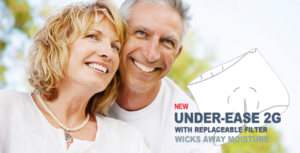 Even though Arlene and Buck walked away from the Shark Tank with nothing, that did not stop them from furthering their business. After having their episode air on television, that definitely provided Underease Underwear with a sales and advertisement boost. The underwear is sold both commercially and through the website http://under-tec.com/. Despite the Sharks on Shark Tank did not bite into the Weimer’s sales pitch, people still continue to buy these filtered underwear because they would much rather keep from being embarrassed by wearing unflattering underwear as opposed to walking around in something sexy and run the risk of getting gassy in public.