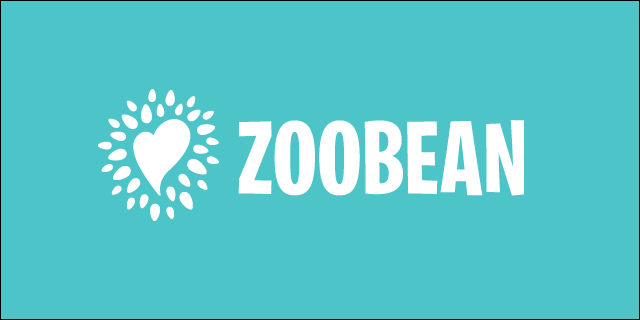 Felix and Jordan Lloyd, of ZooBean, have entered the Shark Tank in order to find a $250,000 cash offer in exchange for 15% equity in their business. Jordan starts with a simple story; the couple first met as teachers, married, and had children, but ultimately it was when they became parents that building their child’s love of reading that the goal became personal. They found it difficult to discover children’s books that met their child’s particular interest, or for children that have a family “like theirs” (Felix and Jordan are different races), and that’s why they’ve created ZooBean. ZooBean is a children’s book discovery platform, and highly-personalized subscription service. 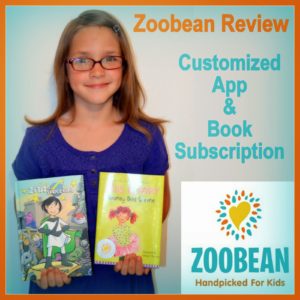 ZooBean uses filters such as “Recommended Age,” “Language,” “Favorite Genres,” and even interests like “Not-so-Pink girls.” Their platform is able to curate the perfect book and even other products, and as a result, Felix and Jordan have found that ZooBean isn’t as much of a business as it is their goals to create the perfect platform in order to inspire more children to read. With the help of the Sharks, Felix and Jordan can help kindle the love of books for children worldwide.

Kevin starts by simplifying the speech; ZooBean is simply curating and recommending books, and Kevin says that he has actually lived in the business for nearly 15 years, and he hazards a guess that 80% of the sales of ZooBean are for parents of children between 3 and 8 years old. However, the problem is that acquiring customers at such a young age, and this is proven by data, has been a huge challenge; the cost of customer acquisition is insane, as there are 20 million people moving through that zone every 12 months. Kevin starts by dropping a huge reality bomb on the parents/teachers.

Kevin continues on, asking how much customer acquisition cost is; Jordan says that each customer costs approximately $6.03 to obtain, and they have been able to acquire 85 subscribers and giftors so far. All of the Sharks immediately seem distraught and disinterested; Robert even clarifies if Felix didn’t mean 85,000 subscribers. However, ZooBean does in fact only have 85 subscribers. The beta version was launched 2 months ago, but Lori says that she finds there is a need in what they are doing.

Lori asks if Felix and Jordan have researched into any competition out there, and Kevin flatly replies,
“Amazon,” which causes Mark to giggle. Felix demonstrates how the product works, which he hopes will clear up any more questions that the Sharks have; the user comes to the site, selects a number of preferences, and once the data is received, the system will calculate reading level and subject matter. However, Mark points out that this is all simply tag-based searches, but Amazon has a leg-up on ZooBean since Amazon allows for lists and subscriptions to be created, and even allows for others to curate the task. Mark also points out the integrity of the “Amazon Smile” system (then in a very, very quiet stage of release during the filming of this Shark Tank episode), which allows for curators to profit off making such lists and advertising.

However, Mark insists that there might be a “secret sauce” behind ZooBean, citing the differences between Google and many other search engines; obviously Google is the most well-known search engine and has a unique, quirky sort of culture behind it. What is it exactly that makes ZooBean different from one of its many competitors? Felix says that ultimately, there is a lot of data in the backend of things, and this allows for tags to be matched with data. Each user is assigned a “relevant score,” and this score is based on those tags being weighted. As the user explores and uses the website more, those weights will be changed based on user behavior, and then the final list is offered which offers the most customized list. Lori points out that ZooBean is a much more specific and precise platform for finding children’s books.

However, Lori says that she finds there is nothing unique about the ZooBean service, and this is evident by the 85 subscribers in the Beta stage. Lori is the first Shark out of the deal, despite showing some strong interest. 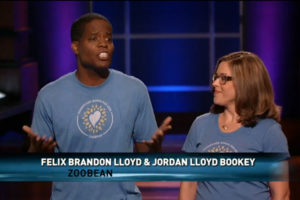 Barb says that she has a 7 year old daughter who is adopted, and when she was born she went to Amazon to find every possible book on adoption. However, Barb wants to know what would have been different if Barb had gone to ZooBean instead of Amazon. Jordan says that the ZooBean experience might have been a more pleasant experience, as “Adopted Child” is actually one of the many criteria of the books they have. Going more specific, Barb says she wants to find a book about little girls who are adopted under the age of 5 years old, and Jordan confirms that she could apply “Female Adoption” as a tag.

However, Barb says she does not find a need for the business despite having her questions answered, and is the second Shark to exit.

Robert looks to distract any more Sharks from exiting (bless his soul), and asks for some background on the parents/teacher couple. Jordan just left her job a week ago, as head of Kindergarten through 12th grade (the typical American line of education, followed by post-secondary education in either trade school or college), at Google in order to focus on making the ZooBean business succeed. Felix is a former Washinton, D.C. “Teacher of the Year,” who left his job about 2 years ago in order to pursue a past firm he had started up, which was based around early education and teachers.

Robert says that he finds Felix and Jordan are very solid, as his children are ferocious readers, but his children can go online and find almost any book they want to read. Robert just does not see a whole lot of promise in ZooBean thanks to the technology of tablets and other devices, and paperback is actually becoming redundant. Robert is the third Shark out of the deal.

Kevin says that the cost of finding a customer, and keeping that customer for five years, is a little too high. Even only with 85 customers, the future does not seem that bright; Kevin just cannot find a way to get excited, even despite being in the space of Children’s Books for close to 15 years. Felix insists that a platform like ZooBean could change the world, but Kevin dryly admits that he is looking to make money and not change the world. Kevin confirms that all of the Sharks have had years of experience, and they are a “venture capitalist firm on steroids;” there is nobody like them. Kevin suggests that they take in the challenges from the Sharks. 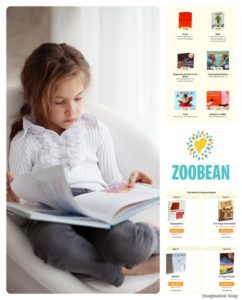 Kevin then exits the deal, citing customer acquisition as the largest turnoff. In his 15 years of experience in the children’s books sector, Kevin finds that the customer acquisition is the hardest part about making a platform based around books succeed, although he says he has faith that once Jordan and Felix figure it out, they will be able to monetize it easily.

Mark is the last Shark remaining, and he starts by saying that he disagrees with the other four Sharks. Mark says that he finds that “trusted curation” is the future, but wants to know what comes after they have mastered their book curation platform. Once they become large enough, it doesn’t become solely about books, but also comes to grandmothers and other people who want to find something that they don’t even know exists. However, Mark needs to know what ZooBean will do differently than other platforms

Felix says that ZooBean will do things better, but Mark needs to know how they are going to do it better; he goes on a rant explaining that nobody enters the Shark Tank and says “they will do it average” or “do it worse,” and Felix gives the half-hearted answer that “ZooBean has technology behind it.” Kevin points out that there is no need for ZooBean to be a technology company and they are more like a marketing company. However, Mark wants to extend the software out to include numerous other mediums of media, citing children’s shows on Netflix or television networks.

ZooBean Now in 2018- The After Shark Tank Update

ZooBean has morphed into “Beanstack,” which is now “a platform for reading programs and book recommendations for any organization, especially libraries and schools.” ZooBean, or rather, Beanstack, now seems to be aimed at larger groups of younger children rather than being positioned towards individual family members. This is a much wiser market decision. BeanStack also includes e-books and materials that will allow for children to be tested or retain the information they have received from reading books. ZooBean’s transition into BeanStack seems to be more focused on helping children enjoy reading and subconsciously teaching them retention methods. It even includes a Badge system, which allows for avid readers to earn a badge to display on their BeanStack profile.