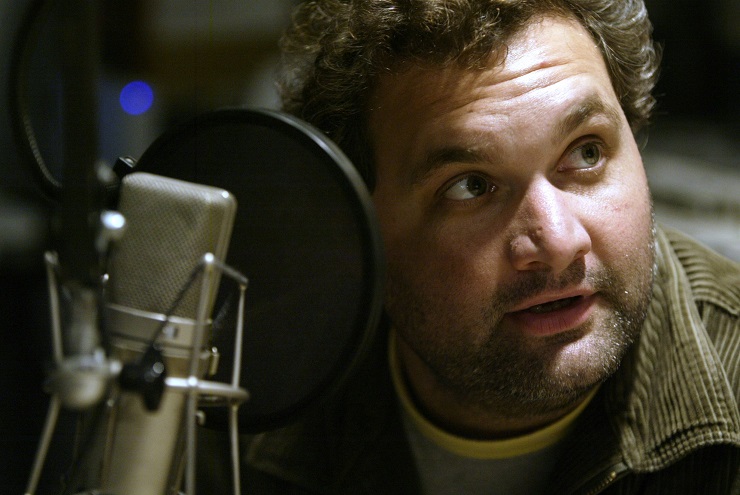 Artie Lange is one of the most unique voices in comedy. He’s most known for being a co-host of The Howard Stern Show from 2001 to 2009. His comedy often revolves around issues he has dealt with in his personal life, such as depression, gambling, drug addiction, suicide and recovery.

Artie Lange was born in October 11, 1967 in Livingston, New Jersey. His mother was a homemaker, and his father was a general contractor who installed antennas. Artie didn’t do well in high-school, having to attend summer school in order to graduate. But he was good at sports, especially baseball, becoming an all-county third baseman.

When Artie was 18, his father became a quadriplegic after he fell off a ladder at work. Times were tough for his family. He and his mom had to work full time in order to support the family. Artie took his father’s job and installed antennas, then worked as longshoreman at Port Newark. Artie said that The Howard Stern show was one of the few things that could still make his father laugh after his accident, and they’d spend hours listening to it. In 1987 the Lange family contacted celebrities, asking them for items to auction to help with the medical bills. Howard Stern was the only one to respond, sending them an autographed jacket. Artie’s father died in 1990, four and a half years after his accident.

Soon after his father’s death, Artie started performing stand-up comedy. He got a job as taxi driver. The flexible schedule allowed him to daily sets at comedy clubs, then go back to work. He then joined an improv group, performing shows at Caroline’s on Broadway. This got him signed to the William Morris Agency, and he soon started appearing in commercials.

In 1995 Artie went to Los Angeles to audition for Mad TV. He was selected as one of the eight cast members, out of the 8,000 people that auditioned. He got a big signing bonus, plus $7,000 per episode. Around this time, Artie developed an addiction to cocaine. After he filmed 9 episodes of the show, he attempted suicide after running out of cocaine. He took some time off to complete a rehabilitation and counseling program, and then returned to the show for the second half of the first season.

But during season 2 of the show, after being sober for the first two months of filming, he had a cocaine-induced meltdown. After a brief stay in jail, he returned to New Jersey and spent some time in a psychiatric ward. His contract was not renewed for the third season of Mad TV.

In 1997, Artie appeared in the movie Dirty Work, alongside Norm Macdonald. They also worked together on Norm Macdonald’s sitcom, The Norm Show. While doing the promotional tours for these projects, Artie and Norm appeared on The Howard Stern show. Artie told a few funny stories about his past, which Howard Stern really liked.

This is why in 2001, after the show’s head-writer and on-air personality Jackie Martling left the show, Artie Lange was one of the people up for taking his spot. After being on the show a few more times, Artie was hired in October 2001.

This was the most successful period of Artie Lange’s career. He was being paid $700,000 per year from The Howard Stern Show, but the popularity the show earned him increased his worth as a comedian. By 2009, he made around $3 million per from stand-up shows alone. Artie released two stand-up specials (Whiskey Talkin’ and Jack and Coke), a movie (Beer League) and a book (Too Fat to Fish). The book entered The New York Times Best Seller list, and held the position for a week. His second special reached number one on iTunes’ Comedy Albums chart, and entered the Top 20 albums chart overall.

Suicide Attempt and departure from The Howard Stern Show

Unfortunately, Artie developed an addiction to heroine while working on Beer League. He attributed it to the stress of working on the movie, while also working on the Stern show and doing stand-up shows. This interfered with his work, causing him to miss a few shows. He also had two violent incidents on The Howard Stern show. After a verbal confrontation with one of the show’s employees, he threw a CD at their head, and then had to be restrained by other people in order to not assault them. This happened again, almost identically, but with a different employee.

On January 2, 2010, Artie attempted suicide by drinking bleach and stabbing himself in the abdomen nine times with a 13-inch kitchen knife. He was found on the floor by his mother. After undergoing surgery undergoing surgery and spending a week in the hospital, he was transferred to a psychiatric ward. Sirius management said that Lange was welcomed back on The Howard Stern Show after he recovered. But Howard Stern chose not to let him return, saying he didn’t think it would be good for Artie’s health.

The following year, Artie spent three weeks in a detox facility, then two and a half months in a rehabilitation facility in Florida.

In January 2015, Artie Lange launched The Artie Quitter Podcast, and uncensored subscription podcast. He does four episodes per week, which he records from his home in Hoboken, New Jersey. In its first year, the podcast gained almost 9,000 subscribers.

But that wasn’t his only project since leaving the Howard Stern Show. From 2011 to 2013, he co-hosted The Nick and Artie Show, together with comedian Nick DiPaolo. In 2013 he released his second book titled Cash and Burn, in which he talks about his time on the Howard Stern Show, his suicide attempt, the following depression and his recovery. In 2014 he released a one hour comedy special called The Stench of Failure, which aired on Comedy Central.

If you’re a fan of his, you can see him this year on Crashing, a HBO show produced by Judd Apatow. Artie’s third book, titled The Gambler: A Degenerate’s Guide to Living on the Edge, will be released in 2017.