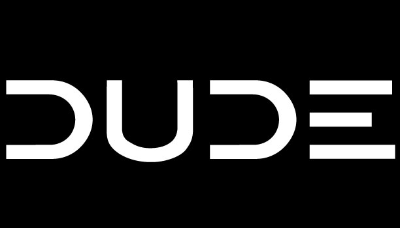 Stepping into the Shark Tank is a trio of three men, all of whom represent Dude Products. Shawn Riley and his two friends, Mike Deagan and Jeff Limbowski, have come from Chicago, Illinois to the Shark Tank. But, for the Sharks only, they can just call them “The Dudes.” They are seeking an investment of $300,000 in exchange for 10% equity in their company. Shawn starts with the pitch – are you still wiping your behind the old-fashioned way? If so, you’re a chump and your ass probably hates you (his words, not mine, I swear) for it! But what’s a dude to do?

You could try baby wipes, but we’re not babies, we’re dudes. So, the trio ended up creating Dude Wipes. Dude Wipes are just like babies but for dudes. They’re biodegradable and flush-able, have soothing aloe, and the answer to every dude’s prayers. Dudes from all walks of life can use Dude Wipes, from blue collar dudes to bros in college to business guys, even moms with little smelly dudes. In fact, Jeff even caught his wife stealing Dude Wipes!
The best part is that Dude Wipes aren’t just safe to use on the throne; they’re safe to use on your face, pits, hands, and to combat stank from all Dude Regions! So, which Shark is ready to help save the world one Dude at a time? Lori turns to Robert and immediately pleads with him to not stand up and try the Dude Wipes, and all the Sharks emit a relaxed atmosphere. A dude’s atmosphere. Barbara asks to see any samples, and Jeff then passes out a pack of Dude Wipes to each Shark.

Lori asks if the Dude Wipes have a “dude scent,” but Jeff explains that they are scent-free and have mostly a fresh smell, if anything (similar to Febreeze). The one that Kevin is actually holding is a natural health and beauty product, which Kevin jokes is him – he is both natural and beautiful. Kevin then poses a question to the dudes; usually when he goes anywhere, there is already toilet paper there for him. Now he has to carry the Dude Wipes with him. But Lori finds there is a difference, which is the compliment to toilet paper. Jeff jokes that they call the Dude Wipes “the second to last wipe,” which is an absolutely incredible way to view baby wipes or similar products. 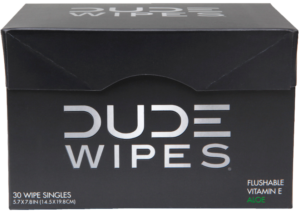 Mark bursts out laughing, and Mike explains that they actually used baby wipes in their shared apartment in Chicago and that was how they started the business. Mark and Robert burst out laughing and explain that they don’t buy it, but Barbara says that there is a little problem – the second she took it out of the package, she ripped it. Sadly, her husband is 6 foot 1 so it won’t work for him. Mark also agrees with Barbara, and says that they are too soft and it is a tragedy since he wants to be a Dude too.

Kevin speaks up, saying that the two of them can do away with the skepticism of the Sharks by telling them that they have a lot of sales since they put a valuation of $3 million dollars. If there is no sales, then Kevin will wipe their “you-know-what” with a Dude Wipe. Fortunately, Jeff says that their year-to-date sales have reached $300,000 and they are projected to earn $1.5 million for this year alone. They just landed a $2 to $3 million to go nationwide with Kroger, which blows away Kevin. Kroger is one of the top 5 largest grocer in the United States, and Jeff continues on; they actually finished a trial run with Kroger and Kroger will begin a national rollout of Dude Wipes in the toilet paper aisle, which is the most suitable aisle.

Basically, Mike explains, Dude Wipes is rolling out into 150 to 200 stores which should net Dude Wipes about $168,000 a month. A pack of Dude Wipes is sold for $6.49 at Kroger, and the dudes behind Dude Wipes will make about 40% profit off that, and 60% profit online. A similar package of baby wipes sells for half of the price for the same size, Mike answers upon Barbara’s questioning. Kevin then asks what the Dudes will do with their $300,000 investment, and Mike explains that they will move into more big box retailers. They have the working capital and money to do Kroger, so scaling is the next logical step.
Robert is blown away by the sales and asks what the marketing mix is. For every $1 they spend on the operations of Dude Wipes, around 15 to 20% is spent advertising, but Kevin points out that they have not made any money yet. However, Mike disagrees since they have a 40% profit margin. Kevin asks if they are paying themselves anything yet, but the two dudes say that they are only paying Shawn so far. Shawn is on full time salary to get the company going. Kevin asks about the other two men. Jeff is an investment banker while Mike works for his father’s manufacturing company, creating mobile luxury restroom trailers and showers. Robert jokes that the bathroom is in Mike’s blood.

Mark speaks up, saying that he likes what the three dudes are doing and that he thinks they will be successful, but he has two problems. Mark himself is not a wipes kind of a guy, and he thinks they are underestimating the amount of marketing dollars that it will take to get Dude Wipes any noticeable share of the baby wipes market. Barbara speaks next, saying that her husband has not stepped foot into the toilet paper aisle since she married – typically, women are the ones doing the shopping for the household. So, they have to sell to the wife on Dude Wipes, and get wives to pay double for the baby wipes. Plus, Barbara punched her finger through the baby wipe without issue, so Barbara is also out.

Lori loves the three dudes and loves what they are doing, but $300,000 for 10% is a little too high. Lori is curious where that valuation comes from, although she understands they are coming from Kroger, but there is not enough floating capital to justify a high evaluation. The $3 million figure is roughly twice their revenue, but Kevin steps in and points out that they have an investment banker among them and are worth about $1 million today. This means they are making around $230,000 after tax, and nobody will pay 5 times that price for a baby wipes company. Nobody is going to value the company at a multiple of 6, Robert says.

Still, Robert finds that the three dudes will run away fast with their business. Robert is in it for the ride and wants to run too, but the value he sees is at $300,000 for 25% of the company. To get to the $3 million value, Robert sees a lot of risk and struggle. Kevin agrees with Robert’s offer and extends the same offer, $300,000 for 25%. Kevin feels this is the right price and fair price. Mark jokes that Kevin is trying to wipe them out, but Lori speaks up next.

From the female point-of-view, the fact that they are cleaner dudes is quite appealing. The packaging is great and is very clear: “DUDE WIPES.” You can’t get more simple than that, and it is in the right section. But, Lori does not agree with the $3 million evaluation, and so Lori is out of the deal, but she loves what they are doing. Lori says that she is leaving it to the two dudes next to her.

In the end, the three dudes end up partnering with Mark Cuban. Mark stood up, offering $300,000 in exchange for 25%, stealing the deal out from right underneath Kevin and Robert. Mark then puts on a “DUDE” hat and shakes hands with Barbara, who is proud that he made a heist for Dude Wipes.

Dude Products Now in 2018- The After Shark Tank Update

I really wish I was back closer to a Kroger because I would seriously be picking up some Dude Wipes each time I stopped in for groceries. Dude Wipes are absolutely killing it, as they have received an incredible 4.5 star review across nearly 160 customer reviews on Amazon. Now, Dude Wipes is not only available in stores but also available on Amazon. The price for a 48 pack now costs $5.79, meaning the three dudes have gotten their prices down.

The Dudes have also expanded the products behind Dude Products to include Dude Shower Wipes and Dude Gear. The best part is that the website of Dude Products prominently features their slogan, “If you use toilet paper, you’re a chump and your ass hates you for it.” I love Dude Products and next time I’m out, I’ll make sure to pick them up. I like to think I could be a dude, too. Dude Products have also received an endorsement from skateboarder Rob Dyrdek, and now Dude Products has pledged a portion of their proceeds to send Dude Products to the true Dudes of America, the United States Military.