Zach Crain is a man who took an everyday hobby and attempted to turn it into a new business venture. While in Wilmington, North Carolina he took a knitting class that left him with the spark of an idea. Zach started knitting “sweaters” for beverage bottles. It’s basically a koozie but in knitted fabric form. He ended up making an account on Kickstarter to see if people would help fund his Freaker USA idea. Zach’s Freaker USA Kickstarter ended up being labeled as one of the top 2011 campaigns on the website. He was able to raise around $60k in funding which allowed him to make a soft start for his business.

After receiving public funding from Kickstarted, Zach was able to patent his product. Now Freaker USA is able to create knitted covers for anything from a regular 12 ounce to a larger 2 liter bottle. Zach prides himself on making all of his products here in the USA, but he wants to be able to expand his business. The overall goal he has is to “Freak the world” and that is primarily why he went to the Shark Tank to look for an investor with a global outreach and plenty of business experience. But will one of the Sharks actually bite into his creatively different idea?

Crain enters the Shark Tank seeking a $200k investment in exchange for a 10% stake in Freaker USA. The Sharks are clearly taken aback by his unique presence and lax way of presenting his pitch. Crain nonchalantly walks over to his display table and takes a model Freaker. He then stretches it over a regular beer glass, then puts a different one on an average water bottle. The point is that each Freaker is made from a special fabric that has a lot of elasticity. This gives it the capability to cover just about any sort of beverage bottle.

The Sharks are then shown a quick video that runs through the whole origin of Freaker USA. It goes by in a rush, but it ultimately tells the about how he learned to knit in Wilmington. After that he started making his own koozie’s for his friends before deciding to make a business out of it. He found a place that was willing to mass produce his Freakers which then allowed him to make a lot of promotional videos and take his product to various trade shows. At the end of the video he anticipates receiving a large investment from one of the Sharks that will then push his business further towards success.

Once the video is over, Crain hands out a few samples for the Sharks to feel and examine for themselves. The first to speak up is Kevin O’Leary. By asking for a $200k investment for a 10% stake, he is estimating the business at $2 million. O’Leary wants to know what kind of sales he has seen in the last year to see if this is a fair evaluation of the brand. Freaker USA has only been up and running for 13 months and so far has made $320k in sales. His product is available in nearly 200 stores and he has both a Japanese and Canadian distributor.

These numbers have definitely impressed the Sharks, but Daymond John doesn’t understand why it’s doing so well. He has seen other products that are similar to this one, but Crain insists that’s impossible because he has a patent on this ‘one size fits all’ bottle cover. It also only costs him $1.00 to make a Freaker, then they sell at about $8.00-$10.00 in retail locations.

Despite all of this though, O’Leary doesn’t agree with Crain’s valuation of the business. He does enjoy the concept and the eccentric branding though, so he decides to make an offer. He is willing to make the $200k investment, but only if he gets 50% of the company. That gets a quick no from Crain, which then causes O’Leary to decide not to make an investment at all. 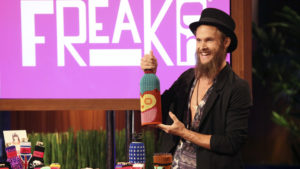 He tries to entice the rest of the Sharks by telling them he transformed a box truck into a mobile house which he then used for promotional tours. Barbara Corcoran tells him that she does enjoy his act, but he is asking for too much and giving up too little of his business. For that reason she also doesn’t invest. Robert Herjavec feels similarly, so he also does not put an offer on the table.

That leaves two sharks left in the tank. However, Crain isn’t saying much to persuade either of them to give him an investment. John says that this simply isn’t a product that he feels passionate about. It isn’t something that he could really get behind, which would make him a bad person to become partners with. John Cuban on the other hand can admit that the Freaker USA margins are pretty great. They would also have the chance to do some great marketing with the Mavericks. The only issue he sees is that he wouldn’t be able to get along personally with Crain. That is why he doesn’t make him an offer.

So with all Sharks now out of the tank, Crain must unfortunately walk away from the Shark Tank with no new investors into his business.

Freaker USA Now in 2018- The After Shark Tank Update

Despite not being able to make a deal with the Sharks, That didn’t dishearten Zach. He had unshakable faith
in Freaker USA, so he refused to let the brand fizzle out. And it was a good thing he didn’t because Freaker USA products can now be found in unique style boutiques. In addition to that, Zach also started to work on a college line for Freaker USA products.

Perhaps one of the best side effects from making his appearance on Shark Tank was that the owner of Liberty Bottleworks promptly contacted Zach after seeing that he used one of their bottles during his pitch on the show. Liberty Bottleworks is a company that is known for their 100% recycled aluminum cans and they thought it would be a great idea to work together with Freaker USA. Tim Andis, the owner of 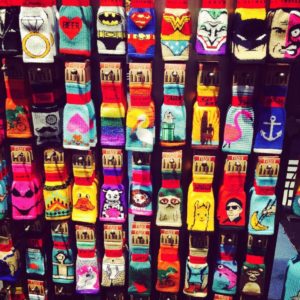 Liberty Bottleworks, ended up making a deal with Zach that allowed Freaker USA to make covers for all of their bottles.

This deal happened in March of 2013, but eventually the contract came to an end because of a scandal coming from Liberty’s end. According to some Freaker fans, Liberty began to sell their own knockoff version of the Freaker bottle covers. Of course Zach couldn’t condone this behavior and was forced to terminate the contract.

Since then, Freaker USA has introduced a new product to their line. They are now selling knitted socks with original artwork. Freaker Feet has become quite a hit among fans of the brand and has only launched the business further towards success. You can find more information and view products here at their website, http://www.freakerusa.com