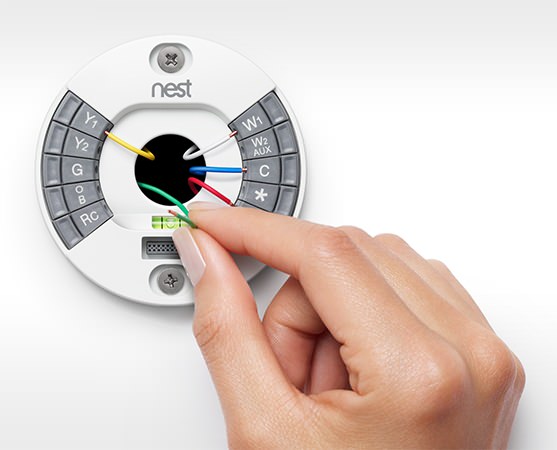 Overall, the Nest Smart Thermostat is a fantastic product. Every generation has been somewhat groundbreaking, and the recently-announced third generation of the Nest Smart Thermostats are looking to create an even better quality of life through the use of a smart thermostat. Nest has a history of supporting owners of their devices, as long as their devices can be supported primarily with software updates. 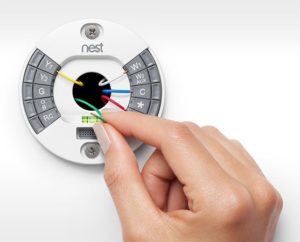 Most recently, for example, a new update for the Nest V2 added protection from smoke and extreme temperatures (it protects against smoke by shutting off the HVAC if smoke is detected, which is mostly clever and ingenious.)

A new upcoming feature will look at how often heating and forced-air furnaces are going into automatic shutoff. This will be done through a software update, so 1st and 2nd generation Nest owners will also receive this feature – albeit at a later, undisclosed time.

If anything, the Nest 3rd generation is just a slightly more reliable upgrade, slightly more sleek upgrade. Much of the differences between Nest models come through the hardware and the parameters of the size of it. The Nest 3rd generation does have a slightly bigger screen, standing now at 2.08 inches with a 480 x 480 resolution instead of the old 1.75 inch screen with a 320 x 320 resolution. The increase of pixels and screen size allow a user to see information at a farther distance, which gives a lot of use to the new longer proximity sensor. The proximity sensor can detect users on the other side of the room and if it detects someone has come by after the Nest has put itself to sleep to conserve energy, it can wake itself up. 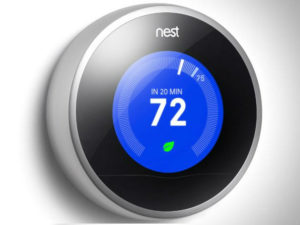 The original Nest and the Nest 2nd generation also include proximity sensors, but they aren’t as long-sighted or reliable as the 3rd generation, with some reports coming in that even waving a hand a little too fast across the sensor won’t cause it to actually detect anything. Unfortunately, this comes with a somewhat major design flaw (or boon, depending on how you look at it) – the Nest would have to be central to a high traffic area and incorporated to look sleek against the wall, which isn’t too hard. This can be a huge setback because a user can’t actually move their thermostat location with ease; this would be great for apartments since the thermostat is usually a room away at most, but bad for houses where thermostats can be in remote corners of the house.The Nest 3rd generation also added 5GHz b/g/n connections, making it much more reliable to staying on a network.

Overall, it seems like the Nest 3rd generation upgrade is a bit… obsolete. The 2nd generation Nest is now available, marked down at $50, for $199. The 3rd generation is available at its full retail launch price of $250. Earlier, it was mentioned that Nest still supports older generations of their devices via software updates – this is a huge factor in why a user doesn’t or shouldn’t feel the need in upgrading their previous Nest models. 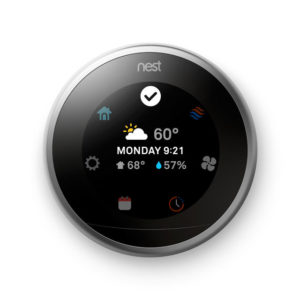 The Nest 1st and 2nd generation will support all the features of the Nest 3, but lose some small quality of life improvements like the 5GHz connection (great for spacy, large houses with somewhat unreliable wireless internet) and the slight increase of the size of the screen. The upgrade from the previous generations of the Nest to the 3rd generation of the Nest aren’t worth it, unless you have $250 burning a hole in your pocket that you need to spend. If that were the case, why not get Mom and Dad a 2nd generation Nest for $199?