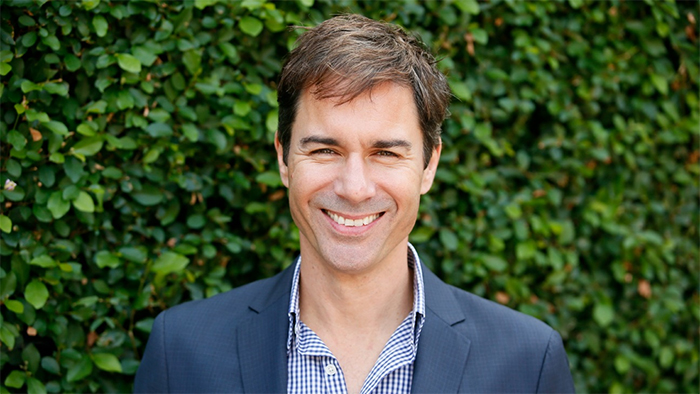 Eric McCormack is a Canadian/American actor best known for his leading role as Will Truman in the American sitcom, Will & Grace. He started acting at the young age of 23 in the television movie The Boys from Syracuse, McCormack has taken on numerous roles throughout his career as an actor. Some of his other earlier known works include the television series E.N.G., Street Legal, The Commish and Lonesome Dove: The Series. However his work in Will & Grace will always been seen as his greatest role in the eyes of many fans.

Besides being an established actor, McCormack is also a talented musician. In 2006, he recorded the 70’s Elton John and Bernie Taupin song, “The Greatest Discovery” for the compilation album titled “Unexpected Dreams – Songs From The Stars”. He has also contributed to the 2004 Will & Grace soundtrack with a song which he had written and sang called “Living With Grace”. As a singer, McCormack performed at the 2004 NHL All Star Game by singing both the Canadian and American national anthems.

Following his breakthrough role in Will & Grace, McCormack has starred in a number of roles including the Comedy Production, Some Girl(s), the science fiction mini-series, The Adromeda Strain, the TNT crime series, Perception and the drama series, Trust Meーwhich had regrettably been ended after one season. McCormack has also done some work in voice acting, most recently he has lent his voice to the leading protagonist, a mutt named Lucky, in The Hub’s animated series, Pound Puppies.

But what has the actor/musician/voice actor been up to as of late? What Happened to Eric McCormack? Where is he now in 2018? 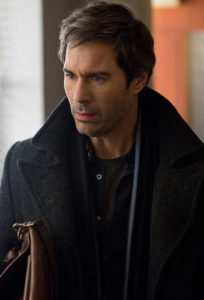 Born on April 18, 1963 in Toronto, Ontario, Eric McCormack is the oldest child of Doris McCormack and Keith McCormack. The actor is of Scottish descent. While McCormack was shy and not interested as a young child, he did seem to have an interest in acting. At the age of 7, he had his first acting role in his first-grade school play. He would once again appear in next year’s school play; however despite having believed to be the shoo-in for the lead character, he was ultimately given the minor role of a chef.

As a young teen, McCormack went to Stephen Leacock Collegiate Institute High School in Scarborough, Ontarioーit was also around this time that he fell in love with acting. During his time at the school, McCormack was active in various acting productions. At the time, he was also studying theatre as an elective. McCormack had stated in a later interview, that his role in Godspell was ultimately what made him realize his passion for acting.

In attempts to refine his skills as an actor, McCormack enrolled in Ryerson University School of Theatre after his high school graduation. However he would soon drop out of the institution a few months shy from graduating to accept a position at the Stratford Shakespeare Festival which was held in Stratford, Ontario. 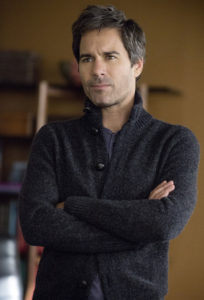 As a budding actor, McCormack made his first appearance on the Canadian small screen in the 1986 in the film, The Boys from Syracuse. After relocating to Los Angeles, California in order to pursue his acting career, McCormack landed a role in the CBS crime series, Top Cops; despite it being a minor role, it had marked his first step in entering the US television industry. The following year, he starred in the 1992 theatrical film, The Lost Wordーa movie which was made based on Conan Doyle’s novel of the same name. In 1993, he played his first reoccurring character role of Detective Eric Rothman in the series Street Justice; later in that same year, he appeared in the TV film, Double, Double, Toil and Trouble, alongside the Olsen twins as their father.

The actor also starred in a handful of other television series and films including Lonesome Dove: The Series (1994), The Man Who Wouldn’t Die (1995), Borrowed Hearts (1997) and Exception of the Rule (1998). However despite his efforts, McCormack had mostly landed minor roles throughout the 1990s. While he had originally been scheduled to appear in the NBC sitcom, Jenny, he was ultimately cut off from the show after the network discarded his character. McCormack wouldn’t get his big break on television, until his appearance on the NBC sitcom, Will & Grace.

Eric McCormack in Will & Grace 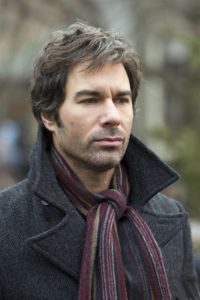 In 1998, McCormack was cast as the gay lawyer, Will Truman on the sitcom Will & Grace after having auditioned for the show; according to the actor, the show’s producers were so pleased with his performance that they had stated that “[it] was perfect.” First debuting on the NBC network on September 21, 1998, the American sitcom centred around the relationship between a pair of best friendsーWill Truman, a gay lawyer played by Eric Cormack and Grace Adler, a straight interior designer who was played by Debra Messing. Despite initially being criticized for its focus on homosexual characters, Will & Grace eventually became one of the most popular shows on the network and was met with critical acclaim. Throughout its eight year run from 1998 to 2006, the show has won numerous awards and nominations.

With the show’s booming success, it was inevitable that McCormack got his fair share of fame from the series. While the show was on air, the actor’s chemistry with Debra Messing’s character was continuously praised by viewers; In addition, McCormack’s portrayal of a homosexual male had also been greatly applauded by critics. For his role in Will & Grace, McCormack earned numerous awards and nominations, including four Emmy Award Nominations and five Golden Globe Award nominations. In 2001, he took home an Emmy Award for  “Outstanding Lead Actor in a Comedy Series.”

After having starred on the American sitcom for close to 8 years, the show finally came to an end on May 18, 2006 following a run of 194 episodes. The finale had over 18 million audience members tuning inーmaking it one of the most-watched pieces of entertainment in over 6 years! 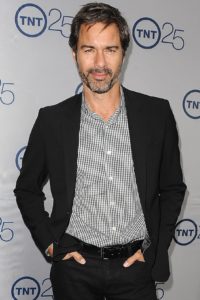 McCormack found himself taking part in the New York Production. Upon the opening of the play, McCormack received wide critical acclaim for his portrayal of his character.

In 2008, he was  in The Andromeda Strain.  In it, McCormack plays a television reporter who fights a battle against his addiction with cocaine. The miniseries was ultimately met with mixed reviews amongst critics.

The next year, McCormack took part in a TNT drama series titled, Trust Me alongside fellow actor, Tom Cavanagh. In it, the actor plays the role of Mason McGuire, a newly promoted Creative Director whose workaholic habits end up affecting his marriage. 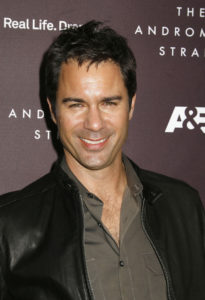 The answer to thatーhe’s been busy filming! After starring in Full Circle last year, McCormack has released a fair share of works this year, including the movie, The Architect. Having first been shown at the 42nd Annual Seattle International Film Festival this past May, the movie is about a couple who sets off on building their dream house with the helps of an uncompromising modern architect, who ends up building the house to be his dream house instead of theirs. Directed by Jonathan Parker, The Architect also stars Parker Posey, James Frain and Dana Millican in its leading roles.

Besides The Architect, McCormack has also taken part in a 2016 film titled Considering Love and Other Magic, which includes actors Rory J. Saper, Sheila McCarthy and Ryan Grantham in its cast. The fantasy inspired film, revolves around the live of a troubled teenage girl who ends up befriending a shy, timid boy who hasn’t left his house in over 60 years. The movie had since been released in Canada earlier this year in May.

In addition to his role in the previously mentioned movies, McCormack has also been working away on his new Canadian-American time-traveling television series titled, Travelers. The show was first announced this ApriA co-production between Netflix and Showcase, the first season of the series has been scheduled for a total of 12 episodes. In it, the actor will be playing the lead role of FBI special Agent, Grant MacLaren. According to Netflix, Travelers, written by award winning Brad Wright, will take place 100 years into the future, when the last surviving human being discover a way to send consciousness back to the 21st century. These “travellers” who have gone back in time, are workers of a secret missionーone of which is to help prevent humanity from suffering a terribly future. While a definite release date has not been announced yet, the series will presumably be making its way into the Netflix screen in 2017.

If you’d like to stay up to date with Eric McCormack, make sure you check out his official Facebook Page! With over 145,000 fans on the blue and white platform, the actor sure has his share of popularity on the web! Or if you’d like to stay connected with the actor on social media, you can find him on Twitter (@EricMcCormack)