What Happened to Meagan Good – Now in 2018 Update 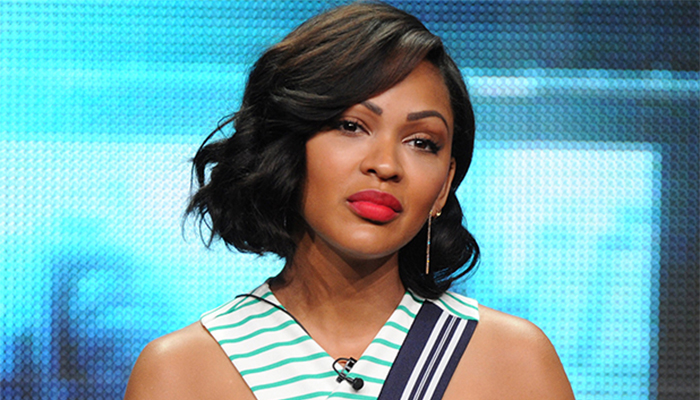 Meagan Good is an American actress best known for her portrayal of Joanna Locasto in the NBC soap opera, Deception. Having first appeared in various television commercials at the young age of four, Good has starred in a number of TV series and films throughout the 90’s as a child actress. While she played various minor characters initially, Good eventually landed greater television roles as she began to gain more experience as a young actress. Some of her earlier projects include Gabriel’s Fire (1991), On Our Own (1994), ABC Afterschool Special (1996), Touched by an Angel (1997) and The Parent ‘Hood (1997); however it wouldn’t be until 1998 that she would land her first leading role in a television series.

In 1998, Good was cast as Nina Jonesーa main character in the children’s TV show, Cousin Skeeter. First premiered on Nickelodeon in September 1998, the series revolved around the life of a young boy named Bobby (played by Robert Richard) after his cousin, Skeeter comes to live with him and his family. While the main cast members in the series were played by actors, Skeeter was unique in that he was a hand puppet voiced by comedian, Bill Bellamy. In the show as Nina, Good portrayed the role of Bobby’s best friendーit would be the young actress’ first main acting role since her debut in the early 90’s. The previous year, she had also received universal acclaim for her portrayal of a troubled teen in the film, Eve’s Bayou, for which she had later won multiple awards for.

Since then, the actress has appeared in countless television series and films, including the NBC prime time soap opera, Deception in 2013 and the science fiction crime drama, Minority Report in 2015; both of which had Good starring as a lead character. Having been involved in a handful of horror shows and films, the actress has also earned herself a reputation of being a “scream queen” in the acting world; some of these fear-inducing projects include One Missed Call (2008), Saw V (2008), and the supernatural film, The Unborn (2009). Through the years, the young child actress had eventually blossomed into a talented adult actress.

But what has the celebrity been up to lately? What new projects have she been working on? What happened to Meagan Good? Where is she now in 2018? 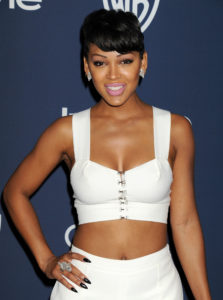 Born on August 8, 1981 in Panorama City, Los Angeles, Meagan Monique Good is the daughter of Tyra Wardlow Doyle and Leondis Good, who worked as a police officer. She is of Jewish, African and Cherokee descent and has two siblingsーa brother named Colbert and a sister named La’Myia. Raised in the city of Canyon Country, Good landed her first acting gig in a television commercial at the young age of four. As a young girl, Good had always had a love for horror filmsーa fact which she later cited as being one of the reasons why she had wanted to become an actress in the first place; some of Good’s favourite horror movies include Halloween 4: The Return of Michael Myers (1988) and Halloween 5 (1989). She was also a big fan of celebrities, Usher and Justin Timberlake growing up.

Following her initial commercial acting gigs, the young actress eventually found herself guest starring in a number of television series during the 80’s including the American sitcom, Amen (1986) and the comedy Doogie Howser, M.D. (1989). Besides the small screen, she also appeared in a handful of films during her teen years including the Friday (1995) and Make a Wish, Molly (1995). At the age of 16, Good landed her first major role in the movie, Eve’s Bayou; released in November 1997, the film centres around the lives of a ten year old girl named Eve Batiste and her family in a prosperous Creole-American neighbourhood in Louisianna. In it, Good played the role of Cisely Batisteーthe older sister of protagonist Eve. Met with overwhelmingly positive reviews upon its release, the movie also garnered the young actress a couple of awards including an NAACP Image Award for “Outstanding Youth Actor/Actress” and a Young Star Award for “Best Performance by a Young Actress in a Drama Film” in 1998. 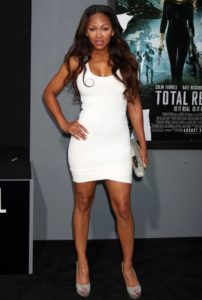 After the success of Eve’s Bayou, the young actress went on to star in her first leading television role in a children’s series called Cousin Skeeter. Starring actors Robert Richard, Rondell Sheridan, Angela Means and Bill Bellamy, the show centred around the life of Bobbyーa young boy from California, after his peculiar cousin, Skeeter moves from Atlanta to New York City to live with him and his family. While the Nickelodeon series featured real life actors and actresses, it was unique in the fact that Skeeter, was portrayed by a hand puppet voiced by comedian, Bill Bellamy. In it, Good played the main role of Nina Jonesーthe best friend of protagonist Bobby. A huge hit amongst young viewers, Cousin Skeeter also won a number of awards during its three year run. The series continued for 52 episodes over three seasons and eventually ended in May 2001.

Throughout the early 2000’s, Good continued to appear in a number of television series including the sitcom  Raising Dad in which she played the main role of Katie. She also starred in a few episode of the legal drama, Kevin Hill in 2003 and the ABC series, My Wife and Kids in 2005.  That same year, she also landed a role as a main cast member in the horror film, Venom; it would be her first role in a horror movieーthe actress would go on later to earn herself the nickname of being a “scream queen” as continued to star in multiple horror genre movies throughout her career. In 2008, Good appeared in the American remake of the Japanese supernatural horror film, One Missed Call. Released in January 2008, the fear inducing movie centred around the premise that various individuals began to receive voice-messages from their future selvesーmessages that included the date, time and details of their death. In it, Good played the role of Shelley Baum.

In 2012, Good starred in an ensemble cast in the romantic comedy film, Think Like a Man. Based Steve Harvey’s book of the same name, the movie featured four different story lines about four different couples and included a number of big name celebrities in its cast including Michael Ealy, Jerry Ferrara, Regina Hall, Kevin Hart, Romany Malco, amongst others. Upon its release that April, the movie was met with generally positive review and had grossed over $33.7 million dollars during the opening weekend; as of June 2012, Think Like a Man had earned a total of $96 million dollars across the globe. For her portrayal of Mya in the film’s fourth story, Good later won a Teen Choice Award for “Choice Movie Actress in a Romance”.

The following year, the actress landed the role of a main protagonist in the NBC prime time series, Deception. Created by Liz Heldens, the soap opera followed detective Joanna Locasto (played by Good) as she began to uncover the truth of her best friend’s murder; she eventually goes to work undercover with the FBI in order to investigate her death. The series premiered in January 2013 and garnered over 5.6 million viewers throughout the United States during its premiere. However despite the initial viewership, the ratings eventually continued to dip throughout the seasonーDeception was ultimately cancelled in May 2013 after one season.

More recently, Good played the role of another detective in the crime drama series, Minority Report in 2015. As a sequel to the 2002 movie of the same name, it was also American director, Steven Spielberg’s first made-for-television movie. Starring actors Stark Sands, Nick Zano, Daniel London and Laura Regan, the Fox series revolved around protagonist Dashiell Parker, who had the ability to predict crime before they occurred. In it, the actress portrayed the role of Detective Lara Vegaーa detective for the Metropolitan Police Task Force who happened to be partnered with Dashiel on his mission to save and prevent future murders. Minority Report first premiered on television in September 2015; it ran for a total of ten episodes before being canceled by Fox in May 2016. 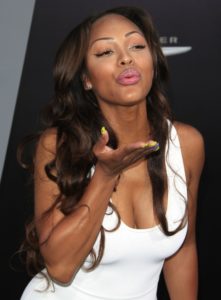 At the beginning of the year, the television star made the headlines when she was claimed to have been reportedly pregnant according to various gossip sites. Many had claimed to have spotted a “baby bump” in a photo of Good taken at the People’s Choice Awards that month, some having even claimed that the actress was two months along in the pregnancy. Having always been one to express her unreadiness for children, this rumour came as quite a shock for many fansーbut was it true? Having been together for five years with her now-husband, Devon Franklin, the two had never publicly made any announcements regarding a pregnancy. In fact, the “baby bump” didn’t seem apparent at all when the photo was later examined more closelyーnor was it present in the photos that Good shared on her Instagram with her in a bikini! The verdict? A false rumour.

Good was also seen taking part in a protest for the Black Lives Matter movement in downtown LA this July, regarding the recent unfortunate killings of black people and police offers in the United States. As the daughter of an African American cop, the devastations surrounding the issues hit close to home for the actress. During the protest, she spoke out publicly about the recent killings and expressed her frustrations on how the lives of those who were innocent were so easily lost. Her minister husband, Devon Franklin also participated in the protest, alongside other celebrities including Frances Fisher, Terrence Jenkins, Keisha epps, Omar Epps and Affrion Crockett.

Just a few days ago, the Christian actress also celebrated her 35th birthday in a costume themed skate party with her friends and family in Los Angeles. Good, who was seen sporting Minnie Mouse ears seemed to have had a blast skating around in wheels in a room filled with disco lightsーas did her guests who also arrived in costume! Given how much fun she seemed to have had at the party, it’s no doubt that it will remain a special memory for the dark skinned beauty in her days to come.

If you’d like to stay connected with the celebrity actress, you can do so by following her on social mediaーyou can find her on Instagram (@meagangood) or Twitter (@MeaganGood). Or if you’re not a user of either of those two platforms, then you can always follow her on her official Facebook page!