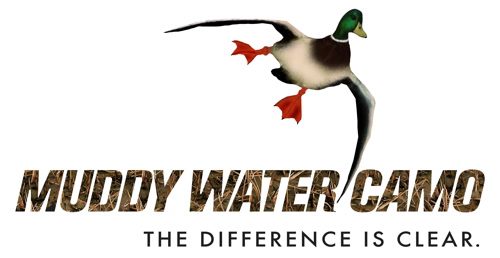 So, if you are a hunter, you know just how vital a decent set of camouflage gear is to your hunt. Without camouflage, you can be seen, and some hunters even take precautions to cover their mask (with such lovely scents including raccoon and deer pee). Camouflage is essential to a hunter, and as far as I know and from a few minutes of googling, prior to Muddy Water Camo, there was no camouflage made immediately for those who sit in more watery areas.

Duck hunting typically requires the hunter to sit in or near a pond that houses a flock of ducks or geese or whatever fowl you are hunting, and these bodies of water can include some peculiar features such as cattail reeds or a specific type of moss build-up. For duck hunters, you typically must compensate for your lack of proximity with pure skill and aim, but thanks to Muddy Water Camo, you might be able to set up comfortably just on the outside of a pond. Read on more to find out about Muddy Water Camo, and how this company could revolutionize water fowl hunting.

Stepping into the Shark Tank is Steve Maloney, a hunter clad entirely in camouflaged/woodland gear. Steve is the president of Muddy Water Camo, and today, Muddy Water Camo is seeking an investment of $150,000 in exchange for 5% equity in the business. Steve claims that Muddy Water Camo has found a new way to create camouflage that can entirely change the industry. The primary point of camo is to cause the person wearing it to blend into the environment. To demonstrate this, Steve looks to a model named “Bubba” which is wearing the traditional camouflage type of gear.

As Steve points out, this type of camouflage is not convincing and does not look realistic. As an obsessed duck hunter, Steve kept asking, “where is the camo that looks like the places where I hunt?” After 30 years of searching for camo that looked like a wooden marsh, Steve finally decided he was going to have to make it himself. Suddenly, in the Shark Tank filming set, a set of ducks can be heard calling and quacking. A man clad in Muddy Water Camo rises up from the brush next to Martin, and explains that when Martin was ready to make camouflage, he called him. This man is Stephen Kirkpatrick, who has been a wildlife photographer for over 30 years.

Stephen’s profession demands that he remain hidden, so he has been searching for a more realistic camo. With the two men pairing up, they set off to create the perfect camouflage and 5 years later, Muddy Water Camo is finally ready to be shown to the public. Steve then pulls out a demonstration picture, and explains that he is in the photo somewhere. After some time looking, he eventually circles himself – the camouflage is so effective that Stephen’s photo of Steve does not give away his location.

Stephen explains that the muddy water camouflage pattern comes from being created outdoors and taking inspiration, where actual hunting happens. Most modern-day camouflage is created on computer screens, which tends to make it ineffective in the wrong locations. Therefore, this camouflage is 100% realistic, just as nature appears to a bird’s eye. Kevin then asks, straight-up, if the two men are photographing terrain and superimposing it onto cloth. This is about a 60/40 process, and this is exactly what they are doing, Stephen explains.

Steve then asks if any of the Sharks would like a hat with the Muddy Water Camo print on it, and of course, all the Sharks do. Steve passes out hats to each Shark, and Kevin turns back to the matter at hand. Why are they doing this, Kevin asks – ducks are birds, and birds fly over hunters every day and get blasted out of the sky. The two men are saying to Kevin, with an investment of his money, Kevin will be able to take down more ducks in a day of hunting. Stephen is confident in this and offers to haggle a bet with Kevin to settle this deal.

Daymond then asks if the two men are selling the technology to create the camouflage to other companies, or if they are selling their own garments with their own pattern on it. Stephen explains that they are doing both. Robert then asks about sales, which Steve says has come out to $150,000 so far. Keeping in mind that the hunting industry is very, very seasonal, they have not actually made to their first in-season. Robert jokes that the two of them have done a very, very good job camouflaging their evaluation that even Kevin did not pick up on it. Robert then asks how they came up with the valuation of $3 million. Steve explains, they looked at the size of the market (Kevin dryly remarks that he has never heard that before), how much percentage they could capture, and how much money it would cost to produce the product and get it to market.

Robert then asks how much of an investment has been spent so far on Muddy Water Camo, and Steve drops the bomb when he says that he has invested $600,000 in the product. This was raised with other investors, at a $2.5 million valuation, before they ever sold a single piece of clothing. They had clothing to demonstrate, and these venture capitalists were hunters who had been hunting their entire life. Kevin finds this completely unbelievable, and the show cuts away to commercial to let him process all this. 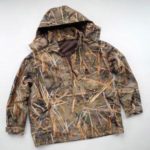 Kevin continues on, saying that he does not see a $3 million valuation in the company for camouflage. Mark asks what percentage they sold off for their first round of fundraising, which came out to be 16% (the two men still own 84% of the company). Mark then asks for more information about their pitch to the hunter-investors. Steve explains that he told the investors that within 3 years, they could reach $3 million in gross sales. So far, they have 58 different retailer stores selling the products all over the world. Daymond and Lori launch a barrage of different outdoor-retailers that would carry camouflage, asking if they have made it into any of those stores.

Stephen confirms that they have not, and if they had gone to the larger stores like Dick’s Sporting Goods or Cabela’s Outdoors, the company would not have known who they are and would not have worked out a deal. There was no proof behind the product at that point. Steve then says that if you compare Muddy Water Camo to what is available on the product, there is absolutely no question about the quality.

However, Mark feels like the two men have not done an adequate job on selling him on their product. Mark points to the old-fashioned Bubba camouflage, explaining that the two men need to confirm that they can find a way to get people to feel like they need the Muddy Water Camo. Steve feels that they do not need to own 100% of the market, just enough to change the market; hunters spend $4 million on gear per year, so he could capture $3 million without putting anybody out of business.

Unfortunately, Robert speaks up and says that he is not a duck hunter. He does not need to be a hunter to be a good investor, but with a $3 million valuation on a pattern that uses superimposed photography just does not interest him since it is so unrealistic. Robert is the first Shark out of the deal. Lori agrees that the two men will be able to sell their product with ease, but ultimately, they came in asking for too much money – Lori is out of the deal, as well. Daymond continues the pattern and says that the two are out of their minds with a $3 million valuation. Daymond is the third Shark out in rapid succession.

Mark voices his thoughts; the biggest concern to him is the fact that the two men have found themselves 16 different investors. He is going to be but a pimple on a duck’s butt at 5% – the deal is just too small for him to be interested. Mark is out as well, leaving just Kevin.

Kevin says that ultimately, he is not interested in the retail strategy of Muddy Water Camo, but he is far more interested in the licensing side of things. Kevin calls himself the king of licensing, then continues on. If the two men want to become the standard of the camouflage company, they need to grow quickly and get the top 3 players to license the technology, and this is where Kevin would come in handy. Kevin extends an offer of $150,000 in exchange for 20%, which he feels is a very fair and reasonable offer.

Steve says that the two of them will refuse any evaluation that is lower than what the two of them already have, and does not even make a counteroffer since Kevin would probably not even consider it. Kevin then exits the deal as the last Shark, leaving Steve and Stephen without an investment in Muddy Water Camouflage. 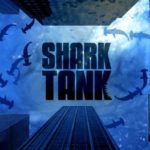 Muddy Water Camo Now in 2018-The After Shark Tank Update

Muddy Water Camo is no longer known as Muddy Water Camo, but rather as “Clear Image Camo.” Now, the two men that had appeared on Shark Tank have partnered with Timber Tantrum and NfOAKus to create a coalition of three camouflage creators, covering a wide variety of environments from a body of water to a swamp area.

Muddy Water Camo is still available to purchase, and the duo have expanded their product line beyond just the camouflage showcased on Shark Tank. Now, accessories such as a Neoprene Game Carrier with the Muddy Water Camouflage print is available, as well as other typical items including gloves and a boonie hat. The price for the Muddy Water Camouflage is incredibly competitive; a budget of around $100 should get you kitted up from head-to-toe, as well as receiving some accessories such as the full hood with Timber Tantrum facemask or a Muddy Water Windproof Balaclava, or even the neoprene shell belt with 3 zippered pockets. Muddy Water Camo does not appear to be going anywhere soon, and business looks to remain strong.