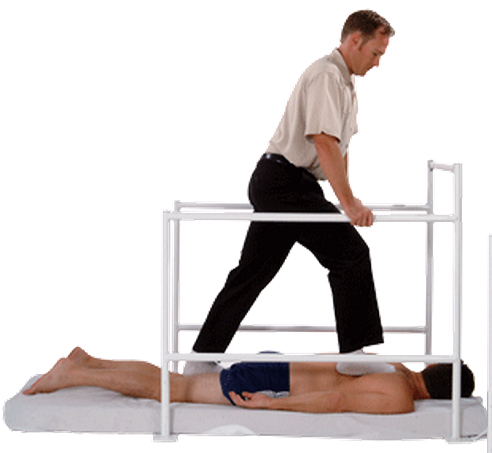 Todd Miller knows a thing or two about therapeutic massage. Besides being an entrepreneur, he is also an impressive triathlete who participating in the Iron Man marathon. He knows a thing or two about muscle pain, and also how to help it. He is a licensed massage therapist from Arizona with an interesting idea for business. That’s why he decided to found Body Walking. Drawing from his experience as a masseuse, he agreed that the type of massage where a person stands on your back and steps on specific pressure points on a patient’s back is the most beneficial. He decided to make a business entirely focused on that style of massage.
Todd designed a handrail system for his technique that resembles gymnastic bars. The patient lies face down on a mat in between the bars, and the Body Walking technician walks all over the patient, concentrating on specific areas. Todd has trained 30 other licensed massage therapists in his foot massage technique. 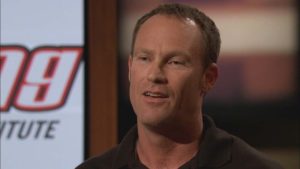 Todd then asked the Sharks, who among them liked to get massages. Barbara and Mark indicated that they did. Todd went on to explain that isolated pressure is the best method of doing therapeutic massage as he massaged the back of his assistant that was laying on a typical massage table. The assistant got up and laid face down on the Body Walking platform that was on the floor as Todd said that he could give a better massage with his feet. The Sharks all looked somewhat skeptical, and Mark Cuban gave an amused chuckle.

Kevin started wincing as he watched Todd step on the back of his assistant’s thighs. I don’t blame him; it looked super painful. Todd said that standing on a patient limited their blood flow for a short time, and then release, which shoots blood back into the area like “a tsunami.” Todd alleged that this feels awesome, but I have my doubts. Todd then asked for volunteers, and Barbara’s hand was raised before he could even finish his statement. She said she needed a massage after three years of sitting next to Mr. Wonderful. Kevin retaliated by asking Todd to step on her head.

Barbara nestled herself onto the Body Walking platform, and Todd began to step on her legs. Robert asked him if he was applying full force. Todd explained that he was using 8-10 seconds of force, and that it was important to listen to the patient’s body and how it was responding. Kevin asked him how much he weighed, and Todd said that he weighed 190 pounds. Daymond asked Barbara how it felt to have a man who was almost 200 pounds step all over her. She looked like she was in ultimate relaxation mode. She did not answer right away, to Robert’s amusement.

Barbara said that that was amazing as she got up from the platform. It was time to discuss the business part of it, however. Todd stated that he’d made contact with one of the largest providers of massage therapy. He stated that it cost $1,500 to get certified. Robert pointed out that people have been walking on other people’s backs as a method of massage for awhile before Todd decided to do it. Before Todd could respond, Barbara interjected that it’s a new angle for America even though people in Asia have been doing it for thousands of years.

Mark asked Todd how many certified Body Walkers he currently had, and Todd said 30. Daymond cut in next, asking how long it took Todd to enlist those 30 people. Todd stated that he had been certifying people in Body Walking since 2005, which is not a direct answer. Daymond asked him to clarify that he enlisted 30 people in seven years, and Todd confirmed that that was the case. Robert said what everyone was thinking – “It does not sound great, Todd.” Todd looked like he knew that this would be the issue for him.

Todd took a few seconds to recoup, then went back into his pitch. He told that Sharks that that is why he was here in the first place, to increase that number. Robert said that he could not send Todd all over the United States to do massages, and Todd shouted that he was correct. He stated that he would just need to do ten classes a month with 20 people in each class. That way, he would make $300,000 in revenue. It sounded terribly hypothetical, with very little thought put into it.

Mark asked him when he did a triathlon, and how much time he spend on training for it. Todd responded that he completed one nine months ago. He trains every day. Mark asked him to choose one, triathlons or his business. Todd said that he had been thinking about that question all season, but he still dodged the question. He told Mark that he would return his investment more quickly than anyone has ever done. Mark called him on it, letting him know that Todd still needs to answer the question. He continued, saying that the time Todd put into the triathlon could be spent selling or creating new certifications. He wants Todd to be more focused on the money.

All of the other Sharks told Mark that his assertion was, in a word, crap. Mark said that when he first started his company, he did not take a vacation for seven years and that he broke up with his girlfriend when she made an ultimatum about his business. He said that he was not interested in investing in balance. Mark said again that he wanted he business to be the sole focus of Todd’s life, he went out.

Barbara was the next, saying that she doesn’t find it unique in any way. Kevin backed her up, saying that he did not find anything proprietary about it. Todd attempted to interject, saying that he had tremendous potential. Robert let him know that his potential was not impressing anyone, as potential is not sales. Daymond was the next to go out, and Robert and Kevin quickly followed suit. Kevin stated that he could not see the potential for any money. Todd bravely interrupted him, but Kevin was having none of it. He called him a dead man walking.

Body Walking Now in 2018 – The After Shark Tank Update 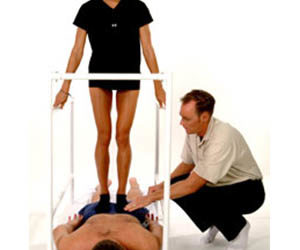 Since the show aired in, Tod has licensed a few more Body Walking therapists. He was on tv yet again, appearing on an episode of the popular Fox 10 News show, The Doctors. On the Body Walking website, you can apply for certification to be a Body Walker yourself. It allows you to free your hands up while your feet do all the work. This saves your hands from getting tired or becoming stiff or arthritic. According to the site, there are many opportunities. They see a need for “hundreds of thousands” of certified Body Walker therapists. You can also purchase your very own Body Walking therapy socks, or even the Body Walking DVD on their website.