Skrillex Net Worth – How Rich is Skrillex 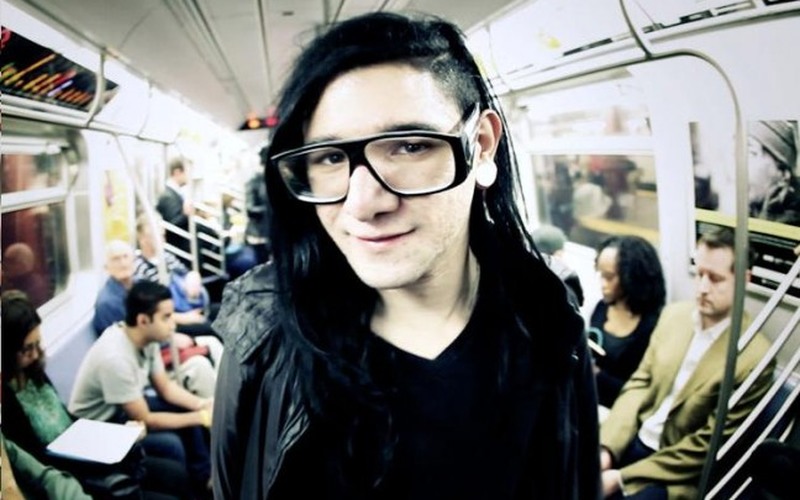 During the early-to-mid 2000’s, dubstep was a small genre of “electronic” music that most people were unfamiliar with. It obviously had its fans, but it wasn’t really something that you would hear playing on a Top 40 radio station. Skrillex is one of a handful of artists who is responsible for massively increasing the popularity of dubstep, and of EDM in general. He is widely regarded as a pioneer of the genre, and he also happens to be one of the most well-known dubstep producers in the mainstream music industry. How much has the young artist made off of his work in the industry? In this article, I’ll go over Skrillex’s net worth, and the work that he has put in to rise to the top of the EDM world.

How did Skrillex make his money & wealth? 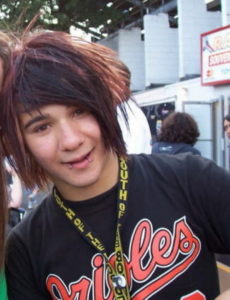 Skrillex, also known by his full name Sonny John Moore was born in January of 1988 in Los Angeles, California. He had a sort of tumultuous childhood. Between the ages of 9 and 10, he attended a boarding school in the Mojave Desert. Shortly after, he enrolled in a private art school in northeast Los Angeles. However, due to bullying that he was facing in the classroom, Moore was pulled out of the school and placed in homeschooling. Things stabilized from then out, until he turned 16 in 2004 and learned that he had been. This prompted him to drop out of the homeschooling program. While all of this was going on, Moore took advantage of the music scene in Los Angeles and attended several punk shows, as well as multiple different electronic club raves. After he had left home, Moore was determined to break into the music industry. He was able to accomplish that in 2004 when he used MySpace to reach out to the emo band From First to Last. The group was looking for a new guitarist, and Moore offered his talents. He was flown out to Georgia for sort of an impromptu audition, and his musical journey had officially begun.

When Moore reached Georgia, several studio producers overheard him singing, and decided that he should become the frontman of From First to Last. (This decision was made with little resistance, since Matt Good, the only other candidate to take up the lead vocals role, was hesitant to do so.) The band saw a lot of success with Moore at the helm, and they released the album Dear Diary, My Teen Angst Has a Body Count in June of 2004. The musical group also successfully performed in a variety of different tours, including the Vans Warped Tour. In March of 2006, they released another album, Heroine. At this point, From First to Last was seeing more popularity and success than they had ever seen before. However, following some serious vocal issues, Moore had to go in for some sensitive vocal surgery. This forced the band to resign from several different tours. Although the surgery was successful, Moore decided to permanently resign from the band and pursue a solo career as an electronic artist. Shortly after his resignation, he began posting some electronic demos to his Myspace page, where they attracted a fair amount of attention. 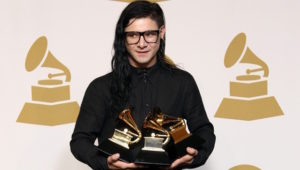 During his time releasing music for the Internet, Moore primarily went by the alis Twipz. However, when he started to perform and produce in different Los Angeles clubs, he began to go by Skrillex. He released his first official EP as Skrillex in 2010, entitled My Name Is Skrillex. The download was available for free. The EP didn’t see a lot of commercial success, but it put the freshly-minted producer on the map. Later that year, he kicked off an international tour with fellow electronic artist Deadmau5, shortly after being signed to mau5trap recordings. With this signing, he was able to go on to release arguably his most successful EP, Scary Monsters and Nice Sprites. Unlike My Name Is Skrillex, this album saw moderate commercial success, as well as a Grammy nomination. More than anything, this particular EP was most popular due to its cultural impact. Its lead single, Scary Monsters and Nice Sprites, is arguably one of the most famous songs that Moore has ever put out. Not only that, but several of the tracks in the EP were featured in different video games and commercials, which continued to increase this young artist’s popularity.

Impressively enough, his career continued to grow from there. In 2014, he released his first studio album, Recess. Between 2012 and 2016, he has taken home eight individual Grammy Awards. He has provided the score for several different successful films, such as Spring Breakers and Wreck-It Ralph. (In fact, he went on to win an Annie Award in 2013 for his outstanding work in the latter.) More recently, Skrillex has joined forces with Diplo, another popular electronic producer. Together, they form the duo Jack Ü. The duo released their first album as Jack Ü, Skrillex and Diplo Present JackÜ (with Diplo as Jack Ü) in 2015. Although he hasn’t done a lot of solo work since then, Skrillex continues to be an active member of the EDM community. Considering how rapidly his career has grown and changed over the span of just ten years, music fans around the world are looking forward to seeing what else he has to offer in the way of musical innovation.

No, Skrillex is not married. It seems like the young musician is perfectly happy with being a bachelor for now. A few years ago, there was news that he had become romantically involved with another musician, Ellie Goulding. This relationship was short-lived, however, as the pair quickly realized how difficult it would be to sustain over long-distance. For now, Skrillex is going to stay unspoken for.

Where did the name ‘Skrillex’ come from?

This isn’t a particularly satisfying answer, but Skrillex doesn’t actually mean anything! According to Moore, it was a weird nickname that he was given as a teenager. He used it as an AOL screen name, and he found that it stuck as a general alias. (I think most people who grew up around that time can relate. Usernames don’t always have to have some kind of deep, personal meaning.)

It has been said that Skrillex is one of the most highly paid DJ’s in the industry, making close to $12 million per year. There are quite a few revenues streams contributing to that number, from sponsorships, to appearances, to official releases. As a DJ, there are many, many ways that you are able to make money, both as a producer and as a performer.

How much does Skrillex make per day?

Using the above figure and some basic math, we can calculate that Skrillex makes approximately $33,000 per day. (This is just a very inexact science, however. DJ’s of his caliber will typically make much more in a night, but you have to consider that most DJ’s do not work every single night of the year.)

Like most musicians, Skrillex came from humble beginnings. He struggled with family issues and bullying as a teenager, and his music’s popularity among teens puts him in a unique position to help. Over the course of his career, Moore has worked alongside charitable organizations such as Bridges for Music, Full Flex Express, and the Boys & Girls Club. Not only that, but he has implemented several other personal charity projects, including one that gave teens a chance to get their hands on DJ equipment, learn a little bit from Skrillex, and see what a real EDM show looks like behind the scenes.