Top 10 Most Beautiful First Ladies in The World 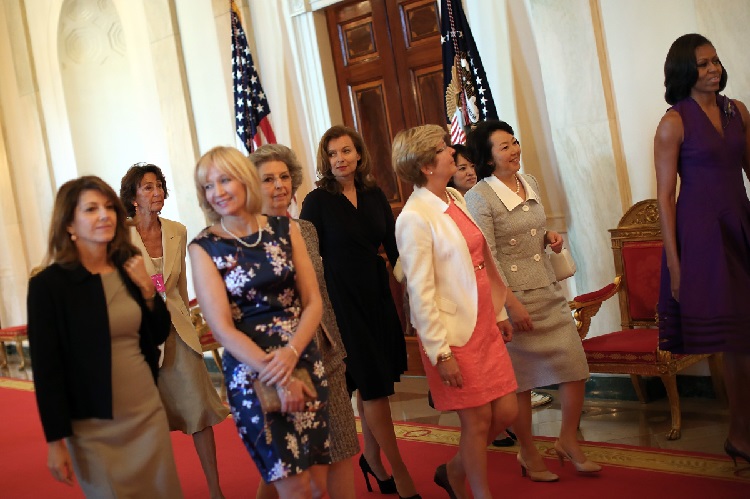 In the 1960’s, as the World experienced a change in expectations and social demographics under the banner of liberalism, the growing feminist movement adopted the phrase ‘Behind every great man stands a great woman’. In modern times the phrase is less popular with feminists, who prefer to do things for themselves rather than standing in the shadow of a man, but the phrase has a fundamental truth to it that often reflects reality perfectly.

The majority of the Worlds male leaders today enjoy the companionship and support of a strong first lady to keep them sane and strengthen their image, but the women behind the men are often under-appreciated by the public at large. The popular image of a first lady who enjoys nothing more than waving at people and opening new businesses is far removed from the truth, most first ladies in the modern age are permanently under an intensive media spotlight, and as well as carrying out their supporting role, they must look as glamorous as possible for the cameras. But who are the top ten most beautiful first ladies in the World today? 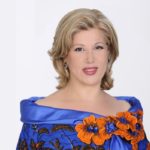 Dominique is the current first lady of The Ivory Coast, she has been married to President Alassane Ouattara since 1991. Dominque was born in Constantine, in French Algeria on December 16th 1955, which makes her 60 years old this year, and as her picture shows, she has retained a stylish and mature beauty that gives no indication of her true age. Dominique’s first husband, a Professor and father to her two children, died in 1983. She met Alassane Ouattara the following year, when he was the Deputy Governor of the Central Bank of West African states, and they married in 1991 in Paris, despite the fact that Dominique was a catholic and her new husband was a muslim. She is independently wealthy and has had a successful career specializing in real estate. She performed the role of CEO of AICI International until 1993, when she founded her own real estate management company. Dominique became first lady in 2010 when her husband assumed office and since then has undertaken humanitarian missions, formed the Children of Africa foundation, and been appointed as the head of the National Committee against Child Exploitation. 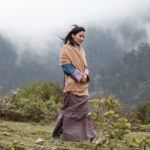 The Youngest person on our list is Queen Jetsun Pema of Bhutan. Born on June 4th 1990, Queen Jetson married the Thunder Dragon King of Bhutan, Jigme Khesar Namgyel Wangchuck in 2011 when she was aged just 21. Officially the Queen is known as the Dragon Queen, as the consort of the Dragon King, but this classically beautiful first lady couldn’t be further from a fire-breathing monster. She studied English, history and economics at the Lawrence school in India before studying International relations and psychology at Regent’s college in London in 2008. When the King announced his engagement to her he described her as ‘Uniquely beautiful, intelligent and graceful’, as well as ‘Warm and kind in heart and character’. Queen Jetson gave birth to her first child on February 5th 2016, a son called Jigme Namgyel Wangchuck, or the Dragon Prince as he is slightly predictably called. The Queen captained her school basketball team, and she maintains an interest in the sport to this day, but she also finds time to promote environmental issues, in her role as Patron of the Royal Society for the Protection of Nature. 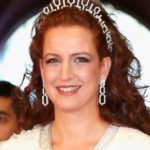 Princess Lalla Salma is known as Princess Consort of King Mohammed VI of Morocco.  She was born in Morocco’s second city, Fez in May 1978 to an upper class family, although she was tragically orphaned aged just three. After receiving a private education she met her future husband at a private party in 1999. Surprisingly for someone so feminine and graceful she graduated with an engineering degree and worked as an information services engineer for a while before becoming engaged to King Mohammed. The couple married in October 2001 and have had two children since then, a son in 2003 and a Daughter, who was born in 2007. Salma keeps a fairly low profile as the Princess of Morocco, which is a fairly conservative nation by Western standards, although she has represented the country in International meetings and conferences in Japan, France and Thailand. She also attended the wedding of Prince William of England in 2011 and the inauguration of King Willem-Alexander of Holland, in April 2013. 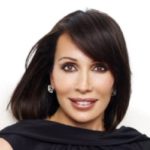 The stunning first lady of Gabon, Sylvia Bongo Ondimba was born on 11th March 1965, which apparently puts her on what is normally considered the wrong side of fifty, but you would never guess her age by seeing a picture of her. Sylvia was born in Paris but due to professional responsibilities, her family relocated to Cameroon when she was just two months old. She spent most of her childhood in the country before her family relocated again due to work commitments, this time to Tunisia. Eventually her father Edouard Valentin, a French businessman who headed a Gabonese insurance company moved to the company headquarters in Gabon, while Sylvia completed her education in France, graduating with a degree in corporate management. She returned to her family in Gabon and met Ali Bongo Ondimba in 1989, the son of the long-standing President Omar Bongo, who ruled the country from 1967 until his death in 2009. She married Bongo for following year and became Gabons first lady in 2009 when her husband won the presidential election that took place after his father’s death. 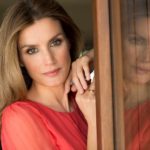 Letizia Ortiz Rocasolano, to give her full name, is the Wife of King Felipe VI of Spain, who she married in 2004. She became the Queen when his father, King Juan Carlos the first abdicated in June 2014. Letizia led a full and successful independent career before marrying into the Spanish Royal family. She gained a bachelor’s degree in journalism at the University of Madrid and worked for several daily newspapers in Spain and abroad before landing a position as a news anchor at CNN+. She moved to the European news network TVE in 2000 and began working as an anchor during their daily evening news report. In 2001 Letizia reported live from Ground Zero in New York following the September 11th attacks and was embedded with coalition troops during the Iraq war in 2003. Since becoming Queen she has travelled extensively as part of her Royal duties and was appointed as a special ambassador for the United Nations in 2015. 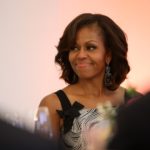 Most people wouldn’t have heard of every first lady on the list so far, but most readers will have heard of the next one. Michelle Obama has been the strong woman behind the first African-American President of the United States, Barack Obama, since he first took office in January 2009. Somehow mixing a statuesque strength and imposing height of almost six feet with a glamorous public persona that has seen her become a fashion icon, an advocate for healthy living and a role model for women around the World, Michelle has become a celebrity figure in her own right since her husbands term of office began. She has been included in Vanity Fair’s annual list of the ‘10 Best Dressed People in the World’ twice and has been praised by people magazine for her ‘Classic and confident look’. Despite her beauty, that in no way indicates her actual age of 52, Michelle is primarily known for her humanitarian work and formidable intellect. 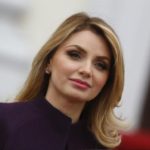 The first lady of Mexico, is the beautiful and enigmatic Angelica Riviera. Her early life was spent as a successful actress, before she moved into the World of modelling. Born in Mexico City on August 2nd 1969 into a relatively poor family, her life became a rage-to-riches fairytale as she became the star of one of Mexico’s most popular soap operas. She was married to her former producer with whom she had three children, but the couple divorced in 2005. Angelica met the Governor of the State of Mexico, Enrique Pena Nieto a year later and the couple were eventually married in 2010. She became Mexico’s first lady when he assumed the office of President in 2012. 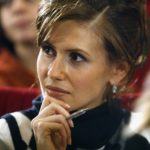 The wife of President Bashar al-Assad of Syria was born in London, England in 1975 to a consultant cardiologist father and a retired Syrian diplomat mother. She graduated from King’s college London in 1996 with a first-class bachelor of science degree. The outstandingly beautiful Asma speaks five languages fluently and began working as an economics analyst at Deutsche Bank after graduating, before getting back in touch with long-time family friend Bashar al-Assad in 1998. Bashar become president of Syria in June 2000 and Asma moved to Syria shortly afterwards and married the President in December of that year. Although she has vowed to stand by President Assad during the turmoil of the ongoing Syrian civil war, she has faced international criticism for her role in allegedly corrupt redevelopment schemes funded by Assad’s administration, and is currently unable to travel in the European Union, with the exception of the United Kingdom, of which she still holds dual citizenship. 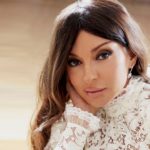 Azerbaijan has come a long way since it declared independence from the Soviet Union in August 1991, shortly before the collapse of communism. The country has since joined the UN and the World Trade Organization and currently has a high level of human development on a par with most Western countries, but it has always been negatively affected by high levels of corruption and the ruling party, the New Azerbaijan Party has been accused of human rights abuses. It may well be a small comfort to residents of Azerbaijan that their first lady is a stunningly beautiful one, and the equal in looks to any supermodel. Born into the countries most powerful family in 1964, Mehriban has now been appointed as a member of parliament by her husband, President Ilham Aliyev who she married in 1983. Despite continuing doubts about her political experience Mehriban, who has been first lady since the President took power in October 2003, is widely considered to be the natural successor of her husband’s position when he retires. 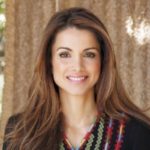 The beautifully graceful Queen of Jordan was born Rania Al-Yassin in Kuwait in August 1970. Despite being aged 46 now the years have barely made a mark on this progressive and intelligent first lady. She married Prince Abdullah bin Al-Hussein in June 1993 and the couple have had four children together, the oldest of which is Crown Prince Hussein who was born in June 1994. She became Queen of Jordan in March 1999 when her husband ascended to the throne and has since been a voice for progressive development in education, poverty and the protection of children in Jordan ever since. Queen Rania has received a wealth of honors, both at home and internationally for her work and maintains regularly updated Twitter and Youtube accounts that are followed by millions. She has authored several books for children, one of which, ‘The Sandwich Swap’ went to the top of the New York Times Children’s Bestseller list in May 2010.