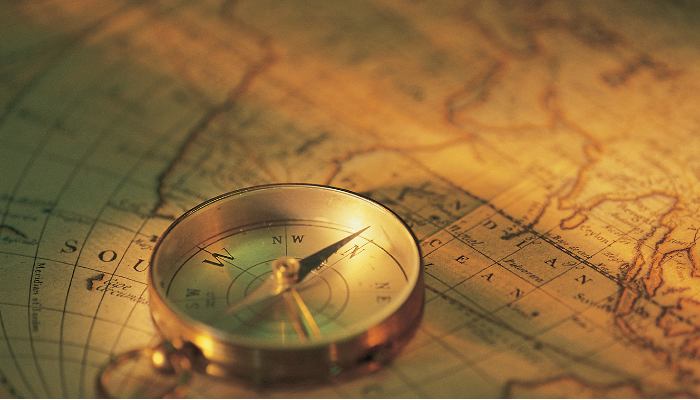 Recorded history spans for several thousand years. In such a massive time, lots and lots of things happened – wars, diseases, technological advancements, inventions andmore. Some weird or bizarre events and situations were also bound to happen. Today, we’ll be taking a look at those.

Without further ado, here are some of history’s most bizarre stories!

Kublai Khan was one of the most fearsome Mongol leaders. He conquered, plundered and expanded Mongolian influence over many countries. But even Kublai Khan’s mighty army couldn’t defeat a typhoon. In 1274, he attacked Japan and successfully conquered several settlements located on the islands. As his army proceeded further, they clashed with an army of samurai warriors that stopped them from getting any further. Kublai Khan ordered a withdrawal in order to resupply and reorganize his forces. In the midst of the withdrawal, his army was hit by a huge typhoon that killed many of his soldiers and drowned the fleet. Seven years later, Kublai struck again. Japanese built shore walls in the meanwhile, and the Mongols couldn’t find a good landing spot. They spent months on the sea until another typhoon destroyed the entire fleet.

That was the last time Mongols attacked Japan. 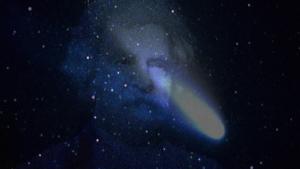 Mark Twain is one of the best known American novelists, who was born in November 1835. During his birth, Halley’s Comet was passing the Earth. In case you don’t know, Halley’s Comet passes by our planet every 76 years. Neat coincidence, but nothing unusual, right? Thousands of people have been born during that time. That’s indeed true, but how many were born and died while the comet was in the Earth’s orbit? That’s right, Mark Twain died 76 years later, in April 1910 just as the comet came back after 76 years. Not only that, but Twain actually predicted that he will die when the comet is back. He said that he believes God himself stated that the two freaks (Twain and the comet) came together, and that they will go together.

Lewis and Clark Expedition was the first expedition to cross the west of the United States, starting from St. Louis and ending up at the Pacific coast. During that time, many amazing things happened, and one of them is related to Sacajawea. Sacajawea was a woman who traveled with the expedition and served as an interpreter due to cultural and linguistic differences. At one occasion, Lewis and Clark attempted to trade horses with a local tribe. During her interpretations, Sacajawea realized that the tribe’s chief was her own long lost brother.  Talk about coincidence.

Sacajawea today is a symbol of women’s independence and worth. In 2001, Bill Clinton granted her the title “Honorary Sergeant” of the army. 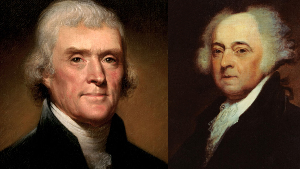 Other famous people who died on this date are Bob Ross, Marie Curie and Barry White.

Wilmer McLean was a simple grocery seller from Virginia, and the hero of a bizarre story related to the Civil War. The first field battle of the war started in 1861 at his farm in Virginia. McLean was 47 at the time, and was too old to go participate in the war. He decided to move about 120 miles south to Appomattox County. 4 years later, General Lee surrendered to General Grant and ended the Civil War… in Wilmer McLean’s home in Appomattox County. 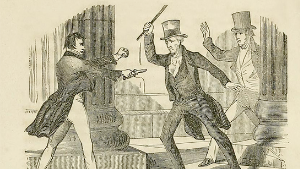 Andrew Jackson was the first American president that had an assassination attempt on his life. In 1835, a house painter, Richard Lawrence attempted to kill the President. As Jackson was leaving a funeral, Lawrence approached and shot at him with a gun. The gun misfired, and Jackson immediately attacked the attacker with his cane. During their fight, Lawrence managed to pull out another gun and killed the president… just kidding! The second gun failed to shoot as well. By that time guards pulled the unsuccessful assassin away.

A century later, a research was made on the guns that Lawrence used, during which they both shot properly the first time.

In 1950, a church in Nebraska exploded, 5 minutes after choir practice was supposed to begin. The practice was supposed to start at 7:20 PM, and the church exploded at 7:25 PM. 15 people were supposed to be at the church at that time, but no one was injured or died. How? Well, all 15 of them were late for practice. Two women were later due to car trouble, the minister and his wife were later because a dress was being ironed, a man was napping and overslept. The other also had different reasons, but the point is that all of them were late just enough to avoid certain death.

The chances of that happening can’t be precisely calculated, but have been estimated at around one in a million. 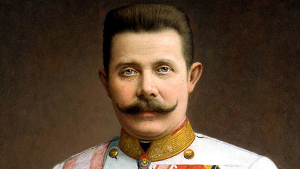 Franz Ferdinand was the Archduke of Austria-Hungary, and the first heir to the throne. He was assassinated by Gavrilo Princip, and that assassination is commonly marked as the reason for the second World War. But, the story of the assassination is an unusual one. The Archduke and his wife were in Sarajevo, traveling in a motorcade, when an assassin threw a bomb under their car. The bomb exploded late, after the car passed it, and neither Ferdinand or his wife were injured . After that, the Archduke went on with his business. Several hours later, Gavrilo Princip, one of the assassins, went to a restaurant to have a snack. As he was eating, he noticed the Archduke’s driver take a wrong turn and attempts to reverse. The car stalled, giving Princip enough time to go out and shoot both the Archduke Franz Ferdinand and his wife Sophia.

Princip died 10 months after the assassination in his prison cell. Due to his malnutrition and disease, he weighted just 88 lb when he died.

The above date is one of the most significant ones in German history. November 9th is called Schicksalstag in Germany, which translates to fateful day. Five significant events happened on that date, first one being the execution of Robert Blum in 1848. Second one happened in 1918, when Monarchy officially ceased to exist. Six years later, on November 9th, Hitler failed to overthrow German government. In 1938, large scale antisemitic movements started, during which hundreds of Jews died. And finally, in 1989, the fall of Berlin Wall happened in November.

November 9th also marks the day of two separate attacks in Jordan. First one happened in 2005, and the second one 10 years later. 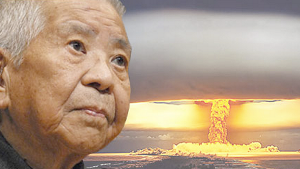 Tsutomu Yamaguchi was a Japanese man who survived both atomic explosions during the World War II. Yamaguchi was born and lived in Nagasaki. Days before the Hiroshima bombing, he had a business trip scheduled. He went to Hiroshima and survived the nuclear blast with slight wounds. A day later, he returned to Nagasaki, and went to work. During the work hours, Nagasaki bombing happened, and Yamaguchi survived that one as well.