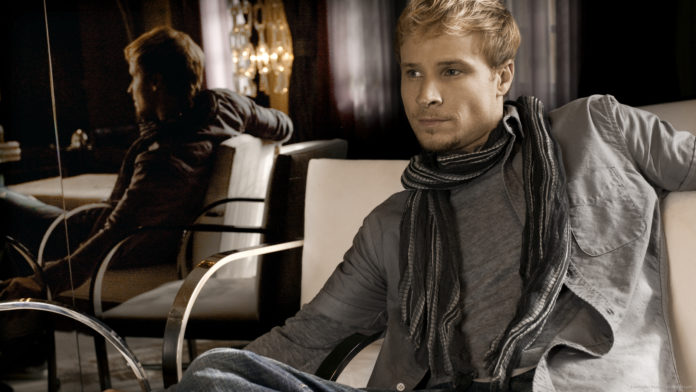 Brian Littrell is an American singer best known for being a member of the 90’s sensation, the Backstreet Boys. The Kentucky native first began to sing as a young boy in his local church; realizing his knack for music, he eventually continued to showcase his vocals throughout high school. When he was eighteen, Littrell was invited to join a group that would later be known as the Backstreet Boys, by his cousin Kevin Richardson. Together with the rest of his bandmates, they released their first self-titled album in 1996. A huge success at the time, the record became one of the best-performing debuts to date. Quickly stirring uproar in the music community, the Backstreet Boys went on to release multiple albums before going into hiatus in 2000.

Having attracted millions of fans around the world, the Backstreet Boys soon became a household name during the mid 1990’s. It wasn’t long until they held the title of being the best-selling boy band in the history of music; since their beginnings, the group has released over half a dozen of albums, most of which have been chart toppers. Throughout the years, its five members have garnered numerous awards including seven Billboard Music Award, two American Music Awards, two MTV Video Music Awards, amongst countless others. On top of being a multi-award winning group, the Backstreet Boys have also received multiple nominations including seven for the prestigious Grammy Award. In 2013, they were also honoured with a star at the Hollywood Walk of Fame for their contributions to music.

Aside from being known for being a part of the Backstreet Boys, Littrell is also a solo music artist. One for contemporary Christian tunes, he released his debut solo album entitled, Welcome Home in 2006; he has also released several singlesーfive of which have charted amongst the top 20 in the US. Besides his work with music, Littrell has also ventured into acting briefly; he made his first appearance on the small screen in the 1999 music comedy, Noche de Fiesta at the age of twenty four. Some of his other acting projects over the past few decades include Olive Juice (2001), Megalodon (2002), This Is the End (2013) and more recently, Undateable (2016). Alongside the rest of his bandmates, Littrell has also been featured on various television shows such as Entertainment Tonight (2010), Loose Women (2007), Live! with Kelly (2005), Behind the Music (2005), to name a few.

So what has the Backstreet Boys member been up to since the 2000’s? Are there any new projects that he’s currently working on? What happened to Brian Littrell? Where is he now in 2018? 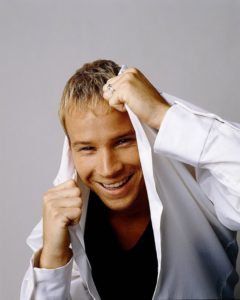 Born on February 20, 1975, in Lexington, Kentucky, Brian Thomas Littrell is the son of Harold Backer and Jackie Littrell; he is the youngest out of two siblings, he has an older brother named Harold. As a young boy, Littrell spent a lot of his free time playing sports; in particular, baseballーwhere he was part of both the Babe Ruth League and the Little League.

However despite being an athlete, Littrell had actually been born with a congenital heart defect; a condition which has brought him to the hospital many times during his childhood. When he was five years old, he had to stay at the hospital for a period of two months due to a lingering bacterial infection. According to a later interview, Littrell received an open heart surgery at the age of twenty three that effectively closed the hole in his heart, which had been causing the issues.

When he wasn’t playing baseball, Littrell sang at the Porter Memorial Baptist Church in his home city of Lexington; an activity which soon became a passion. As a teen, Littrell went to Tates Creek Senior High School where he was both an active member of the school basketball team and choir. During his later years as a student, he also took part in the musical production, Grease, playing the role of Roger. With music being a large part of his life, Littrell had plan on becoming a music minister after graduating from high school. However as fate would have it, he was invited by his cousin Kevin Richardson, to join a boy band during his junior year of high schoolーone that’d eventually become one of the most successful groups in the 90’s, the Backstreet Boys. 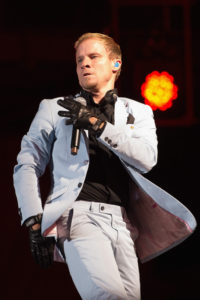 After accepting his cousin’s invitation to join the band, Littrell later made his way over to Orlando to official become a member of the group. Not long after the assembly of its members, the Backstreet Boys released their debut self-titled album, Backstreet Boys in May 1996. Recorded under Jive Records, the album was a major hit, soon becoming one of the best-performing debut albums in the history of American pop. Featuring thirteen tracks, Backstreet Boys contained many of the band’s signature singles including We’ve Got it join’ On, Anywhere For You and I’ll Never Break Your Heart. Made available in a number of different market, the album peaked at number one on the charts in over a dozen countries. As of 1998, Backstreet Boys had sold well over 10 million copies.

Rising in popularity with the success of their debut album, Littrell and the rest of the band released their second studio album, Backstreet’s Back in August 1997. A strong follow-up to their first, the album’s track list consisted of eleven songs, one of which was written by Littrell himself (e.g. That’s What She Said). Praised for its ballads and dance-pop, the album eventually garnered the group even more mainstream attention during the mid 90’s. Given a four out of five star rating form critics at Allmusic, Backstreet’s Back led to the release of three singles: Everybody (Backstreet’s Back), As Long as You Love Me, All I Have to Give, all of which would go on to chart amongst the top ten.

Two years afterwards, the Backstreet Boys recorded and released their third album, Millennium in May 1999. A highly anticipated release at the time, it currently holds the record for having shipped and sold the most units in a single year; over 11 million sales were achieved in 1999. Their most successful album at the time, Millennium was also promoted with the Into the Millennium Tour, which kicked off in June 1991 and later ended in March 2000 after over 120 shows. Universally acclaimed, the album sold over 1.1 million units during the first week of release. A best-seller, it ranked number one in eighteen different music charts, including the US Billboard 200. As of 2014, the album was recognized as being the fifth best-selling studio album in the US with over 13 million sales in the country. Since then, Millennium has also been certified 13x Platinum by the RIAA.

After spending a month in the Bahamas for songwriting inspiration, the group released their fourth album entitled, Black & Blue in November 2000. To promote the album, the Backstreet Boys traveled around the globe in 100 hours; they visited a variety of cities including Tokyo, Stockholm, Cape Town, New York City and Sydney. Having sold over 1.6 million copies during its first week of release, Black & Blue effectively made the Backstreet Boys the first recording artists to achieve back-to-back sales which have exceeded over a million units, since The Beatles. Entering the US charts at number one, Black & Blue was later given 8x Platinum accreditation by the RIAA. Three singles were eventually spawned from the album: More Than That, Shape of My Heart and The Call.

Carrying on with their music career into the later 2000’s, Littrell and the rest of his bandmates released four more studio albumsーNever Gone (2005), Unbreakable (2007), This Is Us (2009) and In a World Like This (2013). Although the albums ultimately did not end up being as big of a sensation compared to the Backstreet Boys’ earlier 90’s hits, the albums still made its mark amongst the top ten in multiple charts after being released.

A devout member of the Christian faith, Littrell has always been fond of contemporary Christian music. In May 2006, Littrell released his first solo studio album, Welcome Home under the Sony BMG label. Containing eleven Christian tracks, the album received generally favourable reviews upon its release; it eventually peaked at number three on the US Christian Albums Chart and at number seventy-four on the Billboard 200. Welcome Home was also met with positive reception in Japan where it reached number nineteen on the Oricon Charts. The album later produced four separate singles; one of them, Welcome Home (You) would go on to top the US Christian Songs Chart and win a Dove Award for “Best Video of the Year.” A year after its release, Welcome Home had sold over 100,000 copies in the country. 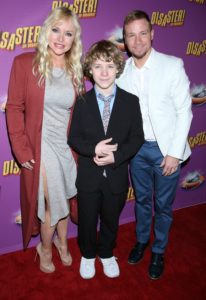 In the fall of 2015, it was announced that the members of the Backstreet Boys were reuniting once again to record on a ninth studio album. Although intimate details about the release have not yet been released, it was said that the album will be a collaboration with music producer, Jacob Kasher, who had worked with music artists Britney Spears and Maroon 5 in the past. Still under works, the album was confirmed for a 2017 release date by two of its members, this September.

Besides the upcoming new album, it’s also no secret that Littrell and the rest of his bandmates will be embarking on a “Larger Than Life Las Vegas Residency” starting March of 2017. A joint event between Live Nation and Caesars Entertainment, the shows will be split between the months of March, June and July. If you’re a Backstreet Boys fan, it’ll be an event that you definitely don’t want to missー tickets for the performances just became available at the start of October. For more information about the residency, please visit their official website!

But it looks like Littrell isn’t the only one to be making headlinesーin March 2016, it was announced that his son, 13 year old Baylee Littrell, will be making his debut in a Broadway production of Disaster!. According to sources, the musical opened on March 8th of this year at the Nederlander Theatre in New York City. Citing his father to be one of his great inspirations, there’s no doubt that the teen’s achievements have made Littrell a proud parent. Although the production was Baylee’s first major gig, it actually wasn’t the first time that he’s gone up onto the stage; thanks to his father of Backstreet Boys fame, he had performed in front of the band’s audiences a handful of times in the past.

If you want to stay up to date with Brian Littrell, the easiest way is probably to follow the singer on social media. You can find the man of Backstreet Boys fame on Twitter (@brian_littrell) or on Instagram (@rockspicks). Remember to check out his official website (brianlittrell.com) as well!