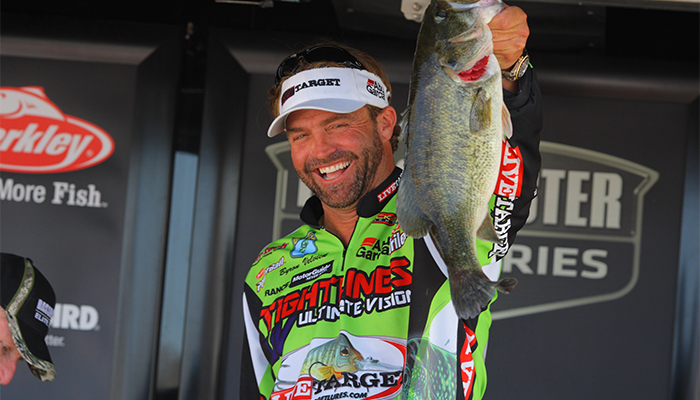 Byron Velvick is best known for having starred on the sixth season of the dating reality series, The Bachelor. He made his first appearance on television during the show’s premiere which aired on September 22, 2004; it would be the first season in which contestants would be presented with two different bachelor candidates. Created by American producer Mike Fleiss, The Bachelor is a reality game show in which a single bachelor is given the opportunity to date a number of possible female love interests; throughout the season, they travel to different areas and eventually get to know each other better through various ventures such as games and one-on-one dates. Velvick would eventually select contestant, Mary Delgado to be winner of the sixth season, with Tanya Michel as the runner-up.

During the show, it became obvious to viewers that sparks had began to fly between Velvick, and the 36 year old real estate agent; he would later pop the question to Delgado in the season finale, in Spanishーa romantic scene which undoubtedly had fans awing in front of their screens. Having expressed their feelings for one another, the couple would continue their relationship for many years after the end of the show. However despite the special connection which the two seemed to have shared, Velvick would later announce their separation in December 2009, after having been together with Delgado for five years. Since then, the former could have gone their separate ways, with Delgado having married businessman James Kordomenos this March.

Besides being a reality star, Velvick is also known for being a professional bass angler. A pioneer in the swim-bait movement and a two-time winner of the WON Bass U.S. Open, the former bachelor has participated in over 150 fishing tournaments throughout his career and has also won several titles including a BASS record for having achieved the heaviest catch in a three day competition. In addition to being a fisherman, Velvick has worked as a commentator for the ESPN2 television series, BassCenter in 2005 and has also done work as both a contributing analyst and a reporter for the network’s fishing coverage.

But what has the former Bachelor been occupying himself with as of late? What happened to Byron Velvick? What has the man of The Bachelor fame been up to recently? 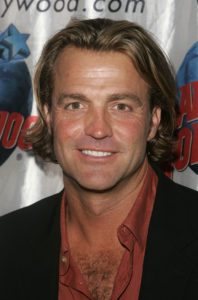 Born on June 24, 1964 in Downey, California, Byron Paul Velvick is the only son of parents, Byron Sr., and Joan Velvick; he has an older sister named Jamal, who had also made a brief appearance on The Bachelor. Having been a fan of fishing ever since he was a young child, Velvick later shared in an interview that he used to cut out images of Steven Oliverーa professional fisherman whom used to live down the street from Velvick, from the Western Bass Magazine. Growing up within such a close proximity to each other, Velvick soon befriended Oliver, who would later take the teenager to go bass fishing on the weekends.

As a teen, Velvick went to Ocean View High School located in Huntington Beach, and would regularly take part in fishing competitionsーa hobby which would ultimately turn into his career. Having refined his fishing skills over many years with the help of Oliver, Velvick would go on to win a handful of competitions during his teen years; he would also rank as one of the top eight bass anglers for ten years in a row. Following his high school graduation, Velvick enrolled at the University of California, Irvine, where he began to study English and Philosophy; he would later graduate with his bachelor’s of art degree in 1987.

Byron Velvick’s Life Before The Bachelor

Prior to his time as a single bachelor on the dating game show, Velvick had been in a relationship with Irene Gallegosーhis former wife whom he had married back in 1999. The pair eventually divorced in 2002 after three years of marriage. An avid fisherman, Velvick had always been involved with the waters and the creatures underneath, especially since turning professional in 1991 at the age of 27. In April 2000, Velvick made a huge leap in his competitive fishing career, with his win at the BASS Invitational held in Clear Lake, California, having caught a massive, record-breaking eighty-three pound bass; it would remain to be a record even to this date, over a decade later. The following year, Velvick would go on to win the WON Bass Western Classic tournament.

Byron Velvick on The Bachelor 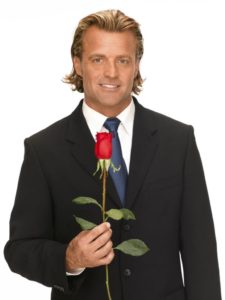 Following years of professional fishing, Velvick would eventually make his way onto reality TV after being cast in the sixth season of the dating game show, The Bachelor in September 2004. Unlike previous seasons, the sixth season was unique in that Velvick was actually not the sole bachelor candidate present in the show; Jay Overbye, a real estate agent from New Jersey, had also been selected as a candidate for the season. During the beginning of the season, the female contestants had the opportunity to vote for which of the two, whom they’d like to star as the bachelorーVelvick eventually won the vote of the majority to continue on the show as the bachelor.

Throughout the season, Velvick would then travel to different destinations alongside the female suitors; they would then get to know each other better through a number of activities such as outings and one-on-one dates.  Every episode, a small handful of contestants would then be eliminated via the show’s traditional rose ceremony, in which the bachelor offers a rose to those whom he’d like to remain on the show and the opposite for those whom he feels he shares no chemistry with. This would ultimately continue until only two contestants are left on the show; the bachelor would then be expected to propose to the winner during the season finale.

Byron Velvick and his Relationship with Mary Delgado 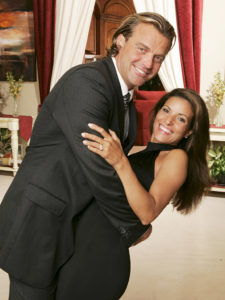 As the season went on, many would notice the budding relationship between Velvick and real estate agent, Mary Delgado. During the final episode of the show, the two had introduced each other to their respective families; the meeting would go along smoothly, with both sets of parents having approved of their choices. After a number of dates and outings together, the professional fisherman would ultimately offer Delgado the final rose during the last rose ceremony of the season. Wanting to include Dalgado’s Spanish-speaking parents, he would later propose to the brunette with a beautiful diamond ring during the show’s finaleーin Spanish.

However despite the romantic proposal and seemingly happy relationship between the two at the time, they would eventually split up in 2009. Although the couple had always seemed to have been in an on and off relationship following the end of the show, troubles began to surface in 2007 after Delgado was reported to have punched her fiancé in the face, while under the influence of alcohol. Dalgado would later once again be arrested in 2008 for public intoxication. In spite of her frequent run-ins with the law however, Velvick would later reassure fans that they were in fact, still living happily together as a couple. Having delayed their wedding plans multiple times after being engaged for over three years, Velvick and Dalgado soon decided to break up following a physical argument later that year. According to source, the pair had gotten into a fight at a mutual friend’s apartment after disagreeing on whether or not to leave home.

Velvick was then said to have called police while Delgago was waiting in the car; although he was reluctant to press charges against his fiancé at the time, deputies would still arrest Delgado for domestic battery. The charges against her have since been dropped. Following their separation, the two have gone their separate waysーwith the former bachelor having married hospice owner, Belinda just recently.

Since his time on The Bachelor, the reality star has also made a handful of appearances on television, including the ESPN show called Going Coastalーa inshore saltwater series which aims to inform its audience about the nature of the fishing. As the host and analyst on the show, Velvick helped to explain and break down the methods of fishing used during each episode, ultimately teaching viewers about the secrets on how to catch more fish. Going Coastal premiered on the ESPN2 Outdoors Network in December 2009 and later ended the following year.

In 2010, Velvick also made a guest appearance on the 20/20 Bachelor SpecialーInside the Bachelor: The Stories Behind the Rose. First aired on March 15, 2010 on the ABC Network, the special offered a range of never before seen footage including clips of the audition tapes, casting sessions as well as exclusive interviews with alumni of the dating show. 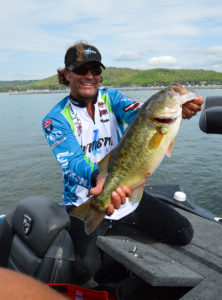 Returning to his beloved sport of fishing after having his fair share of reality TV, Velvick was seen competing at the Bassmaster Elite Series Fishing Event which was held at Lake Havasu in May 2015. Despite the fact that the former bachelor had suffered a fractured vertebra from a boating accident just a couple of days prior,  he remained optimistic about his chances at the tournament. However in spite of his good cheer and attitude, he would ultimately be forced to suspend the season due to pressing medical hardships.

However having said this, Velvick would soon announce his retirement from professional fishing the following year. Eager to spend more time with his four year old daughterーwho hasn’t been too keen on having his father leave so frequently for tournaments, Velvick later shared that as a first time father, he hadn’t realized the impact that his demanding schedule had on his family. Due to the fact that his wife, Belinda, also spent much of her time sitting at the office or traveling as a hospice owner, it seemed to make sense for Velvick to spend more time at home, with their young daughter.

Although he had originally intended to retire from the sport after the 2015 season, his broken vertebra had ultimately caused delays in his plans, as Velvick did not want to go out of the sport with an injury. Not wanting to miss out on the opportunity to spend time with his daughter during her early years, the father of one plans on spending the majority of his time with his family after his retirement.

If you’d like to stay connected with the former Bachelor star, then you can do so by following Velvick on social media. You can find him either on Twitter (@byronvelvick) or on his official Facebook page (@GuidesEyes)!