What Happened to Clay Walker-News & Updates 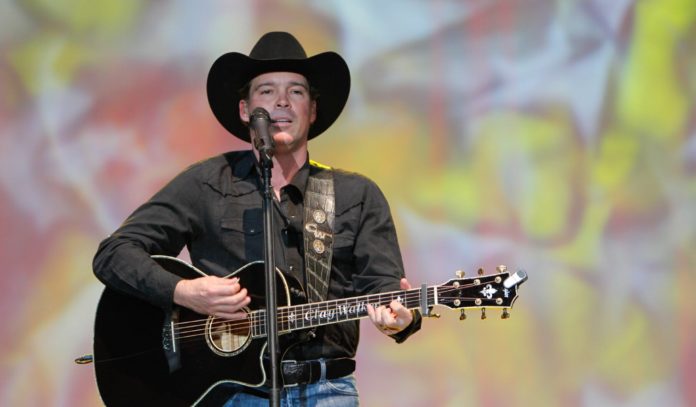 Clay Walker is an American singer who entered the country music scene during the 90’s with his singles, Live Until I Die and What’s It to You. Given his first guitar by his father at the age of nine, Walker spent much of his early years playing and listening to music. Finding himself gravitating towards a career as a recording artist, he performed at various venues full-time after graduating from high school. It wasn’t long before his talents brought him to the attention of a music producer, who later offered the aspiring singer a recording contract with Giant Records. Devoted to his music, it wasn’t long before Walker released his debut single in the summer of 1993; instantly a chart-topper, the record would ultimately act to kick-start his career as a professional artist.

Since his debut back in the early 1990’s, the country singer has released a dozen full-length albums and over thirty singles. Out of his twelve albums, half have been certified gold or higher by the RIAA while thirty of his singles have made its way on to the US charts; to date, he has achieved six number one singles on the Top Country Songs Chart. One of the most talented country musicians in the country, Walker has received several industry awards throughout his multi-decade long career. To date he has won a Radio & Records Award for “Best New Male Artist”, a Country Song Roundup Award for “Best New Male Vocalist”, A BMI Award for his single Won’t Be Lonely Long as well as a Shell Legacy Award, to name a few. Known for being an advocate of Multiple Sclerosis awareness, he was also honoured with the Hope Award for “Outstanding Civic and Community Service” by the National Multiple Sclerosis Society in 2009.

Besides his work as a recording artist, Walker has also ventured briefly into acting. He made his debut on the big screen in the feature film, Clay Walker: Jesse James in 2012. Since then he has also appeared in the 2013 historic movie, Alone Yet Not Alone which starred Kelly Greyson, Natalie Racoosin and Jenn Gotzon, amongst others. In addition, he has also been invited into multiple American talk shows over the past years including The Late Late Show with Craig Ferguson (2007), The Morning Show with Mike & Juliet (2009) and Rachel Ray (2011). In 2012, he was also featured in an episode of the reality dating series, The Bachelor.

But what has Walker been busying himself with for the last little while? What has he been up to recently? What happened to Clay Walker? Where is he now in 2018?

Clay Walker’s Early Life and Aspirations on Becoming a Musician 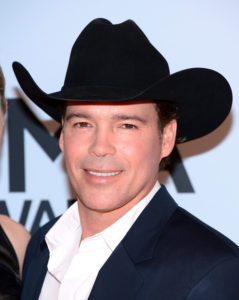 Born on August 19, 1969, in Vidor, Texas, Ernest Clayton Walker Jr. is the son of Danna and Ernest Walker; he is the oldest out of five siblings. Raised in a small farm community in the area around Beaumont, Walker was exposed to country music early on. When he was nine years old, he was given his first instrument, a guitar, by his father. Besides his love for the tunes, Walker was also into sports as a child and spent much of his time playing basketball or hiking outdoors with his cousins. As a teen, he attended Vidor High School which was located in western Orange County; during that time, he often competed in various local talent shows. One day after signing off of his nightly part-time job, Walker delivered one of his self-recorded tapes to a radio station nearby, in hopes that they’d play his music on air. Although he’d ultimately be turned down due to their policy of not playing self-submitted tapes, the disk jockey at the time was said to have commended and praised his music greatly.

After graduating from high school, Walker worked briefly at a tire and rubber company before making his mind up on pursuing a career in music. When he was nineteen, he began touring and performing at various venues around the country; not long after that, he found work as a house singer at a local bar known as the Neon Armadillo. One fateful day while singing at the club, he caught the attention of music producer, James Stroud. Having heard his moving vocals, Stroud soon asked Walker if he would be interested in working together. Eager to take his music further, the aspiring singer agreed and later signed a recording contract with Giant Records. 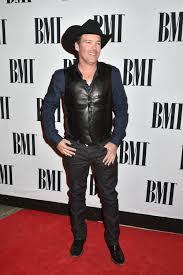 Shortly after signing on with the label, Walker released his debut self-titled album, Clay Walker in August 1993. Produced by James Stroud, the album featured eleven songs, four of which were written by the singer himself; the rest were either co-written by Walker or other musicians. Described to be an “impressive debut album” by The Washington Post, Clay Walker was praised for its lyrical detail and arrangement. Well received, the album peaked at number two on the US Top Heatseekers Chart and at number eight on the Top Country Chart; it eventually made its way up to number fifty-two on the Billboard 200. Overall a success, it was certified Platinum by the RIAA in August 1994 upon selling over a million units.

Rising in popularity after the release of his first album, Walker released his second studio album entitled, If I Could Make a Living in September 1994. Met with generally favourable reception upon its release, the album settled in at number four on the US Top Country Albums Chart and at number forty two on the Billboard 200 Chart. Over towards the north, it was also warmly received where it topped the Canadian RPM Country Chart and ranked in at number fifty-eight on the RPM Top Albums Chart. If I Could Make a Living later spawned three individual singles, two of which would go on to become chart toppers.

Carrying on with his recording, the singer released his next album, Hypnotize the Moon in October 1995. Noted for its traditional country sounds and contemporary ballads, the album was considered by many to be a strong follow-up to his earlier records. Entering the charts at number eleven, Hypnotize the Moon saw over 20,000 sales during the initial week of release; it later peaked at number ten on the US Top Country Chart and at number fifty-seven on the Billboard 200. The album lead to the release of four separate singles: Who Needs You Baby, Only on Days That End in “Y”, Bury the Shovel and Hypnotize the Moon. As Walker’s third consecutive RIAA certified album, it received Platinum Status in 1996 after selling over a million copies across the country.

Two years later, Walker released his fourth studio album entitled, Rumor Has It in April 1997. Designed to feature more rural sounds according to the singer, the album consisted of a ten song track-list which included the eventual hits, One Two I Love You, Then What? and Watch This (which would later rank in at number one, number four and number two respectively). Despite a handful of mediocre ratings, the album sold over 30,000 copies within the first week and made its way up to the number four position on the Country Albums Chart; it eventually peaked at number thirty-two on the Billboard 200. Rumor Has It received Platinum accreditation from the RIAA in April 1998, marking it to be Walker’s fourth album in a row to achieve such a status. 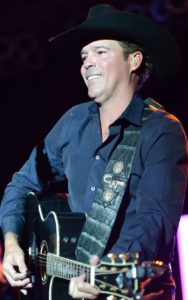 Walker’s sixth studio album, Say No More was released in March 2001. His last under Giant Records (the label closed its doors shortly afterwards), the album saw eleven tracksーone of which was a cover of La Bamba by Ritchie Valens. A successful charter, the album peaked at number fourteen on the US Country Albums Chart and at number 129 on the Billboard 200. Applauded by critics for its melody-heavy ballads, Say No More led to the release of two singles, If You Ever Feel Like Lovin’ Me Again and Say No More. However despite its ranks on the chart, it would be Walker’s first album not to receive RIAA certification.

The artist released his next album entitled, A Few Questions in September 2003ーit would be his first and last for the label, RCA Nashville. One of Walker’s most diverse albums, it was commended for its crowd-pleasing tracks. Comparable to his earlier albums, A Few Questions climbed up to number three on the Top Country Albums Chart and at number twenty-three on the US Billboard 200. At the end of the year, the album ranked in at number seventy-four in 2003. A few months after its release, the album saw the release of two singles, both of which would reach the top ten in the Hot Country Songs Chart.

Since then, Walker has released two more studio albumsーFall in April of 2007 and She Won’t Be Lonely Long in June 2010. Released under the recording label, Asylum-Curb Records, the two peaked at the same position of number five on the US Country Chart. 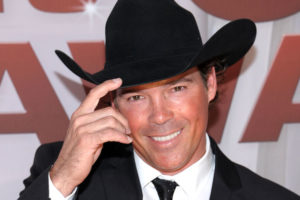 When Walker was twenty seven years old, he was diagnosed with multiple sclerosisーan autoimmune condition which affects the central nervous system. This February, the country singer opened up about his condition in an interview with LA Times; in the exclusive dialogue, Walker revealed that he first noticed that something was wrong when he noticed himself stumbling and falling while playing baseball back in the day. What the young man was told subsequently by doctors was nothing but frighteningーthey had told him that he’d be sitting in a wheelchair in four years and “dead in eight.” However despite the grim diagnosis, Walker has achieved and enjoyed many decades in his lifeーsomething which he attributes to his regular stretches and exercise. When asked what kind of exercises he’s been doing doing, Walker said that he “does everything.”

In terms of music, the country singer has been on tour for the last few months. In one particularly heartfelt performance, Walker performed a rendition of American singer, Merle Haggard’s signature song, The Way I Am. In front of the crowd onstage, Walker described the close connection which he shared with the late singer, explaining that “[his] dad loved Merle and brought [him] up on his music.” Scheduled to carry on with his trek across the country, Walker will be touching down at the Grizzly Rose in Denver on November 4, 2016; the tour is currently set to conclude at Billy Bob’s in Fort Worth in November 19, 2016.

Want to keep yourself updated with the goings around the country star? Now you can do so easily with social mediaーyou can find Clay Walker fairly active on Twitter under his handle @ClayWalker. Alternatively, you can also read some of the latest news on his official Facebook Page (@officialclaywalker) or on his website!