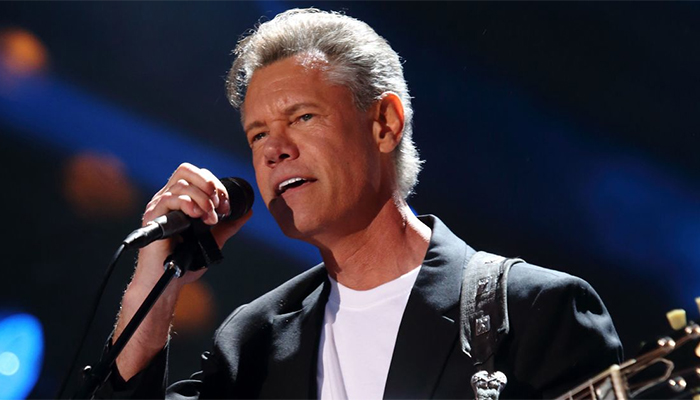 Randy Travis became a critically acclaimed country singer with the release of his debut album Storms of Life in 1986. A guitarist ever since he was eight years old, Travis was encouraged to take advantage of his musical talents by his father growing up. After a series of run-ins with the law during his teen years, the aspiring musician eventually recorded a demo tape and secured a recording contract with Warner Bros. Records in 1982. Continuing on with his dream of becoming a recording artist, Travis released his first studio album entitled Storms of Life at the age of twenty sevenーit would ultimately propel him into celebrity status during the 80’s. Since then, the country singer has released a total of forty albums and has sold over 25,000,000 records worldwide.

Well-known for his robust yet edgy vocals, Travis has garnered countless awards over the years as a singer including six CMA Awards, six Grammy Awards, ten AMA Awards, nine ACM Awards and eight Dove Awards for his contributions to the music industry. In addition, he has also received a number of nominations including fourteen for the Academy of Country Music Award, nineteen for the Country Music Association Award, ten for the Grammy Award and three for the Inspirational Country Music Awards, amongst several others. In September 2004, the singer was also given a star on the prestigious Hollywood Walk of Fame for his achievements.

On top of being an accomplished country singer, Travis also has an extensive history in actingーa career which he’d continued in between his music recording throughout the years. Some of his early works as an actor include Matlock (1993), Dead Man’s Revenge (1994), The Outlaws: Legend of OB Taggart (1994), A Holiday to Remember (1995), Sabrina the Teenage Witch (1996) and Fire Down Below (1997). More recently he has also stepped behind the camera on set for The Price (2015), Christmas on the Bayou (2013), Jerusalem Countdown (2010) and National Treasure: Book of Secrets (2007). Multi-talented in nature, he has also done several voice-over roles including that for the animated series Hey Arnold (1998), King of the Hill (2000) and Apple Jack (2003).

But what has the country singer/actor been doing these days? What projects have he taken on lately? What happened to Randy Travis? What has he been up to this year?

Randy Travis’ Early Life and Knack for Music as a Child 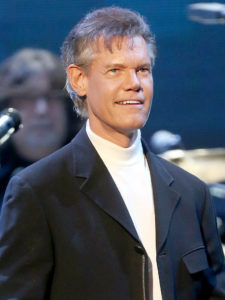 Born on May 4, 1959, in Marshville, North Carolina, Randy Bruce Travis is the son of Bobbie and Harold Traywick. He is the second of siblings children and has three brothers and two sisters. While his parents held full-time jobs at a construction company and at a textile mill, they also owned a farm. Growing up, Travis spent much of his early childhood tending to the cattle and turkeys. Influenced by his father’s love for old-time tunes, he held an interest in music and singing ever since he was a young boy. Falling in love with country music, Travis eventually began to learn how to play some of his favourite pieces on the guitar after having received one for Christmas when he was ten years old.

A fan of music artists Merle Haggard and George Jones as a child, Travis began to perform locally together with his brother Ricky (who had been given a drum set) as The Traywick Brothers under encouragement from his parents. Often quarrelling with his father during his teens, he dropped out of school after the ninth grade and found himself in trouble with the lawーto the point of becoming a juvenile delinquent, much to the dismay of his parents. On the verge of being sent to jail, Travis ultimately turned his life around when he met Elizabeth Hutcher, a nightclub manager who’d recognized his musical talents. Becoming his legal guardian, she spent the next couple of years working with Travis who had since began to perform regularly at her clubs.

Focusing on his music career, Hatcher eventually became his manager and the two moved to Nashville, Tennessee together for better opportunities. Wanting to come out as a professional singer, Travis recorded various demo tapes and sent them to a number of record executives during the early 80’s. In a stroke of luck, he was later offered a recording deal with Warner Bros. Records in 1982. 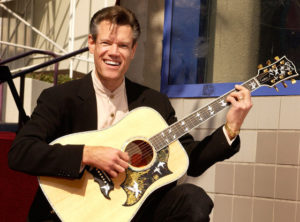 The aspiring singer released his debut studio album, Storms of Life in June 1986. Produced by Kyle Lehning and Keith Stegall, the album had ten tracks all of which were met with positive reviews. As his debut album, Storms of Life opened at number sixty-seven on the Hot Country Songs Chart and later peaked at number one of the Billboard Country Albums Chart in the United States. Launching him into celebrity status, the album soon sold over 3,000,000 copies in the USーmaking it Travis’ first record to have achieved 3x Platinum status by the RIAA.

Leaving his anonymity behind, Travis released his second studio album Always & Forever in April 1987. Featuring ten songs, the album peaked at number nineteen on the US Billboard 200 Chart and at number one on the Billboard Top Country Albumsーa position which it would hold for a record-breaking period of 43 weeks. Met with favourable reviews from music critics upon its release, one particular single from the album Forever and Ever, Amen would ultimately win Travis an Academy of Country Award and a Country Music Association Award later that year.

The next year, the country star released his third studio album entitled, Old 8×10 in July 1988. Considered to almost be on par with his debut record, the album peaked at number one on the US Top Country Albums Chart and at number thirty-five on the Billboard Top 200 Chart; it also performed fairly well across the border where it peaked at number one on the RPM Country Albums Chart in Canada. Old 8×10 would go on to spawn four singlesーIs It Still Over, Deeper Than the Holler, Promises and Honky Tonk Moon, most of which would go on to top the Hot Country Songs Chart. For his work on the album Travis received three American Music Awards for “Favourite Country Single”, “Favourite Country Album” and “Favourite Country Male Artist” in 1990.

Travis released his last studio album of the 80’s in September 1989. Similar to his earlier efforts, No Holdin’ Back as it was titled, was a hit upon its release and peaked at number one on the Billboard Top Country Albums in the United States; however it did not chart in Canada. Containing ten tracks, No Holdin’ Back produced three charting singlesーHard Rock Bottom of Your Heart, It’s Just a Matter of Time and He Walked on Water. Despite being Travis’ least successful album of the 1980’s, the album has still manned to sell over 1,000,000 copies in the US, earning it Double Platinum Certification from the RIAA.

Randy Travis’ Continued Music Career Through the Next Three Decades 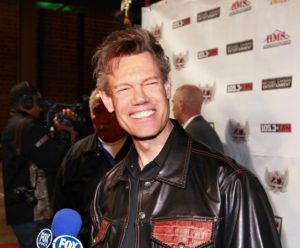 In August 1990, Travis released his six studio album, Heroes & Friends. Consisting of fourteen tracks, the album was unique in that every single song was a duet with another music artist. The lead single, Heroes and Friends and A Few Ole Country Boys were later released as singles and charted amongst the top ten on the US Billboard Country Single Rankings. Despite high ratings form critics, Heroes & Friends ultimately did not see as many sales compared to his earlier records. The album eventually sold over 100,000 copies throughout Canada and over 1,000,000 copies in the United States; it was also the first time in which he had only been able to achieve Platinum status.

Working past his lukewarm success, Travis released his seventh studio album entitled, High Lonesome in August 1991. Shortly after it was made available, it peaked at number three on the Billboard Top Country Albums Chart and at number forty-three on the Billboard 200 Chart. In Canada, it performed similarly having climbed up to the number ten spot on the RPM Country Albums Chart and at number sixty-one on the Top Albums Chart. In the end, High Lonesome spawned four singlesーForever Together, Point of Light, Better Class of Lovers and I’d Surrender Them All, all of which went on to chart on the Billboard Hot Country Singles Chart. The album has since received Platinum accreditation in the US for having sold over 1,000,000 units. 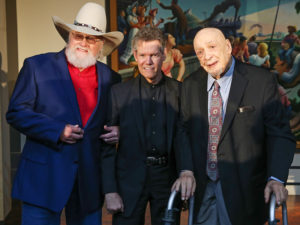 This March, Travis received one of the most prestigious awards a country singer can get his hands onーa spot in the Country Music Hall of Fame in Nashville, Tennessee. At the event, which took place at the Country Music Hall of Fame and Museum, his wife also revealed that Travis had in fact suffered a nearly lethal stroke back in 2013. Struggling to go through his acceptance speech at the ceremony as a result of the incident, the 56 year old later prompted his other half, Mary Davis to finish the words for him up on the stage. According to his wife, his condition had deteriorated so bad at the time that doctors had in fact, suggested for the family to pull the plug. However despite the odds, Travis soon pulled through and was able to return home.

Having slowly recovered from the health scare, Travis once again made his way up on to the stage in front of fans at the CMA Fest earlier this June alongside, Charlie Daniels. Greeted with a standing ovation, Travis was introduced to the lively audience at the Nissan Stadium in Nashville and was seen smiling from ear to ear despite his lingering difficulties with speech. In an emotional performance, Travis later also joined Daniels’ band up onstage for a song in the latter part of the eventーtruly an unforgettable moment for those lucky enough to have been able to see it for themselves!

If you’d like to stay up to date with the country superstar, you can do so by following him and his team on social mediaーyou can find Randy Travis on Twitter (@randytravis) as well as on his official Facebook page (@randytravis). Don’t forget to also visit his official website over at randytravis.com for some of his latest news!