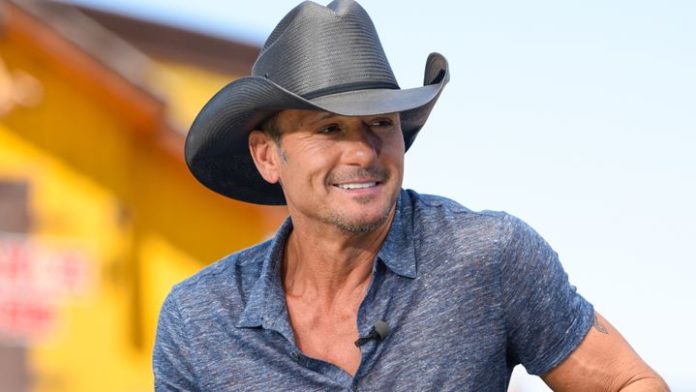 Tim McGraw is an American country singer who first rose to fame during the 90’s with his breakthrough album, Not a Moment Too Soon. Having discovered the art of the guitar during his college days, he soon mastered the instrument and began playing and performing for tips. After a few years of singing in local bars and venues, he eventually headed off to Nashville in order to chase his dreams of becoming a music artist; it wasn’t long before he recorded a few demo tapes and sent them to various recording companiesーhe’d eventually find himself signing a deal with Curb Records in 1990. Following the release of his debut single the next year, he recorded and released his first studio album, Tim McGraw in April 1993. Since then, he has gone on to release many hit albums and recordsーincluding ten number one charting albums!

One of the biggest names in the world of country music, McGraw has reaped in an innumerable amount of industry awards over the years. To date, he has won fourteen Academy of Country Music Awards, three Grammy Awards, eleven Country Music Association Awards, three People’s Choice Awards as well as ten American Music Awards… the list goes on. With over 40 million record sales under his belt, he has also had his songs played over eight million times on the radio, making him the most-played music artist (of all genres) in the past decade! McGraw’s Soul2Soul II Tour with his wife and fellow country singer, Faith Hill also holds the record for being the highest-growing tour in the history of country music.

McGraw has also ventured into acting in between his music recording; he made his debut back in 1997 when he appeared in the comedy series, The Jeff Foxworthy Show. While he isn’t a full-time actor per se, he did play a few support roles in a handful of popular films such as Friday Night Lights (2004), The Blind Side (2009), The Kingdom (2007) and Tomorrowland (2015). McGraw has also starred in a couple of lead roles in the drama films, Country Strong and Flicka which were released in 2010 and 2006 respectively. Besides his on-screen acting time, the singer has also taken part in a variety of documentaries over the years including I Love the ’80’s Strikes Back (2003), Tim McGraw: Under the Friday Night Lights (2004), Who Do You Think You Are? (2011) and The Timeline (2015).

So what has the renowned country legend been up to for the last few years? What direction has his recent work brought him towards? Where is the singer in 2016? What happened to Tim McGraw? 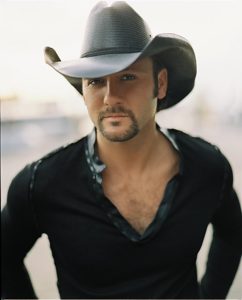 Born on May 1, 1967, in Delhi, Louisiana, Samuel Timothy McGraw is the son of Frank Edwin, New York Mets’ star pitcher, and Elizabeth Ann D’Agostino, a waitress; he is of mixed Scottish, English, Italian, Irish, Dutch, German and Czech descent. Growing up in the Louisiana community of Start, McGraw spent much of his childhood believing that Horace Smith, his stepfather, was his biological father; it wasn’t until he accidentally discovered his birth-certificate after looking through his mother’s closet that he realized the truth.

Although he was brought to meet his father shortly afterwards, the latter ultimately denied being his parent until McGraw was eighteenーwhen he noticed their shared similarities in appearance.

Raised mostly by his mother as a young boy, McGraw was an avid athlete and loved to play competitive sports such as baseball. After graduating from Monroe Christian High School, he enrolled at the Northeast Louisiana University under a baseball scholarship; he continued to partake in the sport until a knee injury forced him to give up on his dreams of becoming a professional baseball player.

Over the next few months, McGraw soon found himself developing an interest in musicーa passion that seemed to only grow  stronger with time. Wanting to play a few tunes of his own, he eventually bought his own guitar from a local pawn shop; soon, McGraw began showcasing his musical abilities at multiple local clubs. Met with a burning desire to pursue a music career, he later relocated to Nashville after dropping out of his college studies in 1989.

A year after relocating to the music scene in Nashville, the aspirant artist recorded a few demo-tapes in hopes of making himself known in the entertainment industry. In a stroke of fate, his demo was eventually heard by one of McGraw’s friends, who turned out to be friends with the executives of the recording company, Curb Records. Wanting to help kick start his friend’s music career, McGraw’s friend later contacted the higher-ups at Curb Records and asked them to listen to McGraw’s music; a meeting that’d ultimately land McGraw a recording contract with the label. 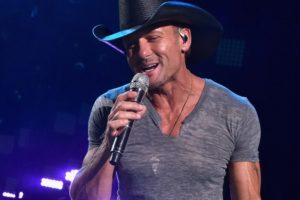 McGraw released his debut eponymous album, Tim McGraw in April 1993, two years after the release of his first single. Boasting a track list of ten songs, the album included two songsーTears in the Rain and Memory Lane, which were co-written by fellow country singer, Joe Diffie. Although Tim McGraw produced four singles: Memory Lane, Two Steppin’ Mind, Welcome to the Club and What Room Was the Holiday In, none of which would go on to chart amongst the top 40. Met with only mediocre success, the album would be the only studio album of McGraw’s to not enter the charts in the United States.

However the singer’s lack of success would be short-lived; in March 1994, he released Not a Moment Too Soon, an album which almost immediately soared to the number one positions on the Billboard 200 and the Top Country Charts. Quickly becoming the best-selling album of 1994, Not a Moment Too Soon featured ten tracks, five of which would go on to be released as singles (Don’t Take the Girl, Indian Outlaw, Refried Dreams, Down on the Farm and It Doesn’t Get Any Countrier Than This). A chart-topper, the album was also warmly received in Canada where it reached number one on the RPM Country Albums Chart and number twenty-nine on the Top Albums Chart. Critically acclaimed, the album was later named as “Album of the Year in 1994” by the Academy of Country Music. As of October 2008, it has sold over 6 million copies in the US alone, earning it 6x Platinum status from the RIAA.

In September 1995, McGraw released his third album entitled, All I Want. Another big sellout, it reached number one of the US Top Country Albums Chart and number four on the Billboard 200. Presenting twelve tracks, the album produced five singles: Can’t Be Really Gone, I Like It I Love It, All I Want is a Life, Maybe We Should Sleep On It and She Never Lets It Go To Her Heart, which all peaked amongst the top five in the County Songs Chart. A sensation, All I Want has received 3x Platinum status from the RIAA as of March 2006 for achieving over 3 million sales in the country.

Now a prominent music figure in the 90’s, the singer released an eventual 4x Platinum album in June 1997 called, Everywhere. Similar to his earlier records, it was a chart topper having made its way to the number one spots of both the US Top Country Albums Chart and the Canadian RPM Country Chart. The first album after his marriage to fellow singer, Faith Hill, Everywhere contained eleven tracks; the duet, It’s Your Love with his wife, later went on to earn him a Grammy Award nomination for “Best Country Collaboration with Vocals and Best Country Song” in 1998. On the receiving end of favourable comments, Everywhere has since sold well over 4 million copies in the US, making it McGraw’s first 4x Platinum certified album.

Finishing the 90’s off with a bang, McGraw released his fifth studio album, A Place in the Sun in May 1999. Having met the expectations created from his previous albums, it featured fourteen different song titles and later spawned five singles: Please Remember Me, Some Things Never Change, My Next Thirty Years, My Best Friend, and Something Like That; all the songs would end up climbing to the top of the Country Songs Chart at number one. Another critical hit for the singer, A Place in the Sun was praised for its ballads and duets; the song Please Remember Me would later receive a Grammy Award nomination for “Best Male Country Vocal Performance” the following year. His fourth multi-platinum certified album, over 3 million copies have since been sold.

Continuing on into the 2000’s, McGraw took no break when it came to recording music; over the next nine years, he released five full-length albums, all which topped the Top Country Albums Chart in the US except for one. A particularly noteworthy album is the one released in 2004, entitled Live Like You Were Dying which sold over 760,000 units during the first week and later achieved 4x Platinum status.

Not close to retiring, the county singer went on to release four more studio albums into the 2010’sーEmotional Traffic (2012), Two Lanes of Freedom (2013), Sundown Heaven Town (2014) and Damn Country Music (2015). All successful charters, his 2013 album was his first to have been recorded under the label, Big Machine Records. 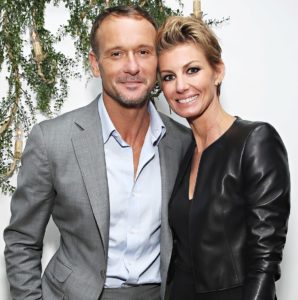 This month, it was announced that McGraw, along with his wife of twenty years, Faith Hill, will be inducted into the Nashville Music City Walk of Fame in October. Upon being honoured with a spot on the Walk of Fame, which was originally founded in 2006, the couple will be the ones to receive the 73rd and 74th stars in the upcoming ceremony held at the Walk of Fame Park in downtown Nashville. Some of the previous inductees include Kings of Leon, Miranda Lambert, Dolly Parton and Ernest Tubb, to name a few.

The casino might be one of the last things in your mind to have to do with country music, but a new slot machine has been unveiled at the Gaming Expo held in Vegasーone that will feature none other than McGraw himself! Presented to the attendees of the expo by the singer, the new video slot machine will be making its way into casinos in the summer of 2017, according to sourcesーthere’s no doubt that the slot game will be attracting many females to the casino grounds! However until its release, look like we’ll just have to make do with watching one of the many videos of the signature machine posted online!

Want to keep up to date with everything that’s going around the country singer? You can do so easily by following him on social mediaーyou can find him on Instagram (@thetimmcgraw) as well as on Twitter (@TheTimMcGraw). Don’t forget to also check out his official website and Facebook pages if you’re a fan!