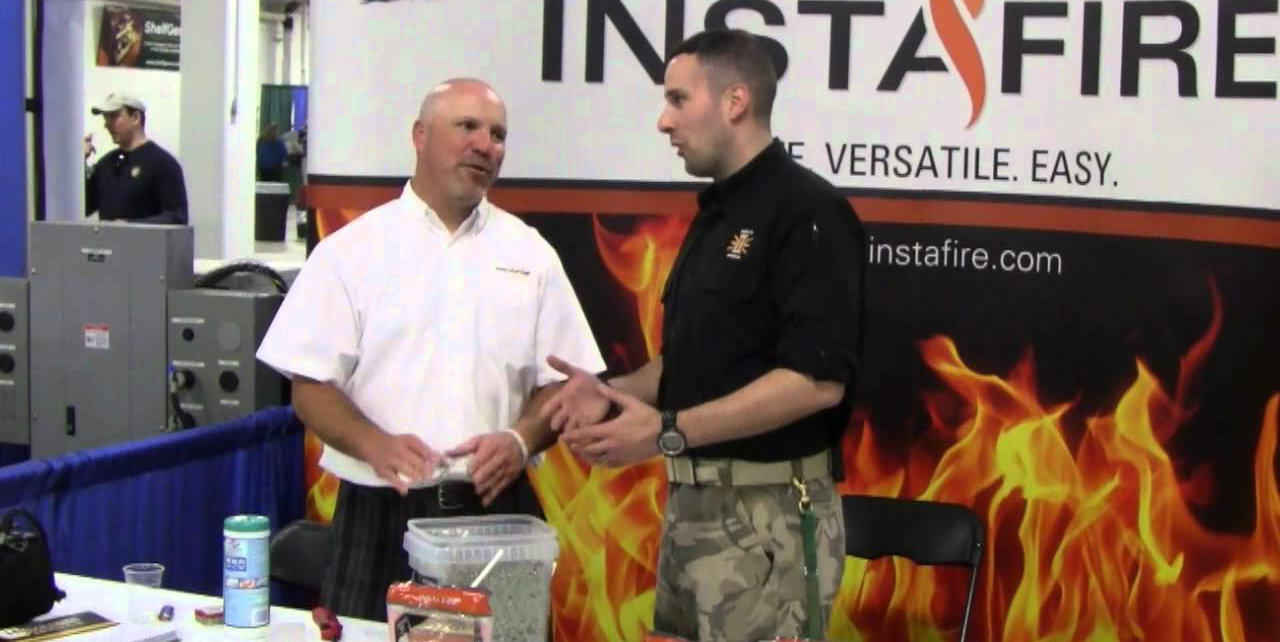 It is safe to call Insta-fire starters Frank Westen and Connell Banner outdoor and prepper enthusiasts. The Survivalist movement has been a thing since the 1950’s, but it has really gained traction since 2010 in the wake of various natural disasters. Frank and Connell got their idea while attending a woodsman conference, or a Mountain Man Rendezvous, and it caught fire from their. Before they appeared on Shark Tank, Connel invested $30,000 of his own money into the company, and helped turn it into over $2.1 million over the course of seven years. Would that be enough to attract the interest of the Sharks? Let’s take a look. 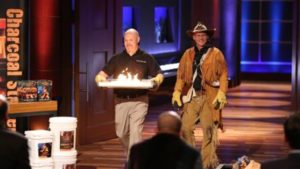 The announcer claimed that the next entrepreneurs into the Tank invented a new way to make fire, as two men carried a tray with fire on it out onto the stage. The Sharks looked concerned and amused. Frank Westen and Connell Banner introduced themselves, and told the Sharks that they were seeking $300,000 in exchange for 10% of their company, Insta-fire. Frank started their presentation by going over the various ways that people have been making fire over the years. He said that they didn’t invent fire – obviously – but they perfected it.

Connell stated that INsta-fire was safe and effective as a fire-starter, charcoal lighter, and emergency fuel. Connell held a candle-like object in his hands, and lit it. He said that the flame could take a 20 mile an hour wind as he put it in front of a fan, and then placed it in a bowl of water with his gloved hands, where the fire continued to burn. Connell stated that Insta-fire wouldn’t’t burn out the bottom of the grill when using it to the light the charcoal like lighter fluid would. He said that I’d the fire needed to be put out, it was simple to do so – you could even put it out with itself.

Frank said that using the Insta-fire was easy as well. You just open the bag, pour it out, and light it. Once you add a log, you are good to go. In order to light charcoal, you would use their cellulose pouch. Connell asked the Sharks if they’d wondered how they would cook food and boil water in an emergency, and Mark Cuban stated “Everyday.” Everyone laughed. Connell said that insta-fire solves that, since one cup of insta-fire would boil water for hours. Frank said that the product would be useful in many scenarios such as RV camping, tailgating, grilling, and more.

Lori asked if they had samples to play with, and Frank said that they did. Frank handed out samples of the Fire-Starter packets, as Connell pt out the fire on the tray with Water. Robert said that he thought that water would not put the fire out if it was started with Insta-fire. Connell was that it worked if you pour the water over the fire. Robert asked how the two came up with the idea. Frank he’d met Connell at a “Mountain Man rendezvous,” which Connell explained further as a get together where men explored their primative side. Connell said that an order member of the Mountian man get-together had set fire to a rock. Connell developed the idea.

Robert wanted to know what their target market would be, and how they would be marketing it, whether it was a regular fire-starter, or an emergency product. Connell said he wanted to expand into both markets. Franksaid that’s they started with the emergency preparedness market, then moved to the fire starter, and then into the charcoal lighter. All three markets had a different product associated with it. Lori wanted to know how long they’ve been in business. Connell told her 7 years. Lori wanted to know what their sales were like. Connell told her that they had made $2.1 million so far. Kevin seemed surprised, saying that was a low number. Robert asked how much they’d done last year, and Connell told him that they made $320,000, but they were projecting more than double that the year of the Shark Tank episode.

Mark asked what it cost to make, and what the retail price is. Connell told him that it was $0.18 for the Firestarter, which they sold for $0.74 wholesale, and retail at $1.49. Kevin asked if anyone can make it since it’s not proprietary, but Connell told him that it was patented. Robert said that he must be missing something, since they seemed to be doing everything right but their sales were still low. Connell said that they only really started marketing it in the last year and a half. They secured accounts with large home improvement stores such as Meyers, Home Depot, and Loews in the last couple of months. Robert asked them why they thought Instafire could be valued at three million dollars when the sales did not support it.Connell insisted that it was right, repeating that they would make upwards of $800,000. Kevin wanted to know how much they would make on that, and was told $250,000. Lori asked what the two paid themselves, and they sadid $36,000 each. Connell said it was like living on dirt. Lori asked them if they had help, but Frank told her that they “Wear all the hats.”

Robert said that it was rough making money with a cheap product like that since they had to sell so many to break even. He said that they were concentrating too much on the present, whereas if they wanted to grow, they should be focusing on the future. He said that the $300,000 that they were asking for was a lot of money for the equity they were willing to give. He went out.

Kevin said that they had a lot of work ahead of them. He would give them $300,000 to be a third partner. He wanted 33% to be able to make decisions. Daymond said that he was very interested in the prepped market. He made an offer for $300,000 in exchange for 20% equity in general, and a 3rd of their online business. He said that he could grow the amount of online sales that they were currently doing, up to millions of dollars per year. He would not neglect the store-front either. Mark said that he wanted in. Kevin said he would go in with him, but Mark said that he was talking to Lori. Lori laughed, and asked him what percentage, and Mark told her 30%, which he thought was fair. Robert asked how he thought that was fair, when he was bring thing Insta-fires valuatuin down by two million. Kevin said that he did think the business is worth more than a million currently, so his valuation was fair. Lori said that she knew a lot about the market that they were in, and but Daymond said that all of the Sharks on the stage could help them drive sales. Connell said that if Lori and Mark could do 20%, they would have a deal. Lori and Mark shook their heads, and told them that it’s not enough.

Daymond stepped in, pointing out that he’d already offered them 20%. Connell looked confused, but Frank confirmed that he did. Daymond said that he just wanted more of the online business. Lori said that with two Shark on the deal, she could handle the retail end, and Mark could handle the online space. Mark chimed in, claiming that he would do 100% of the website and ecommerce. Connell and Frank had a difficult decision to make. Robert asked them if they thought Kevin and Daymond were just wood chips to them. Frank denied that that was the case.

Connell said that they appreciated all of the offers, they just needed to make a decision. Lori said that retail was the largest problem that they had to overcome, and she could really help with that. Daymond said that all of the Sharks could, and Kevin called himself the King of QVC. Lori called himself the Joker of QVC. Daymond went down to 17% ownership, and 25% online sales. He said that it was his final offer, Kevin also conceded to 25%. Lori said that she and Mark were willing to go to 30%, because there were two of them in on it. Robert asked if they would really give up a third of their business to go into stores they were already in.

Kevin said he would drop his equity to 20%. Mark laughed, and said that there was a reason why they had to keep dropping the equity. Connell and Frank spoke among themselves, and decided to go with Mark and Lori. They all hugged and high-fixed. IN their exit interview, Connell and Frank said that they were on cloud 9. Let’s take a look at how they did once they got a deal.

Insta-fire Now in 2018 – The After Shark Tank Update 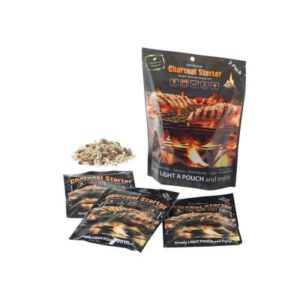 After Shark Tank, the men behind Insta-fire got the deal they were promised from Lori and Mark. With that money, they are looking to expand their product line with lights like logs and, eventually, Insta-fire charcoal briquettes. It looks like they did not meet their anticipated after Shark Tank sales boost as they had only 3 days to prep their website for orders. Now, they are still selling their product on Amazon and their website to fantastic reviews.