No Fly Cone Update – What Happened After Shark Tank 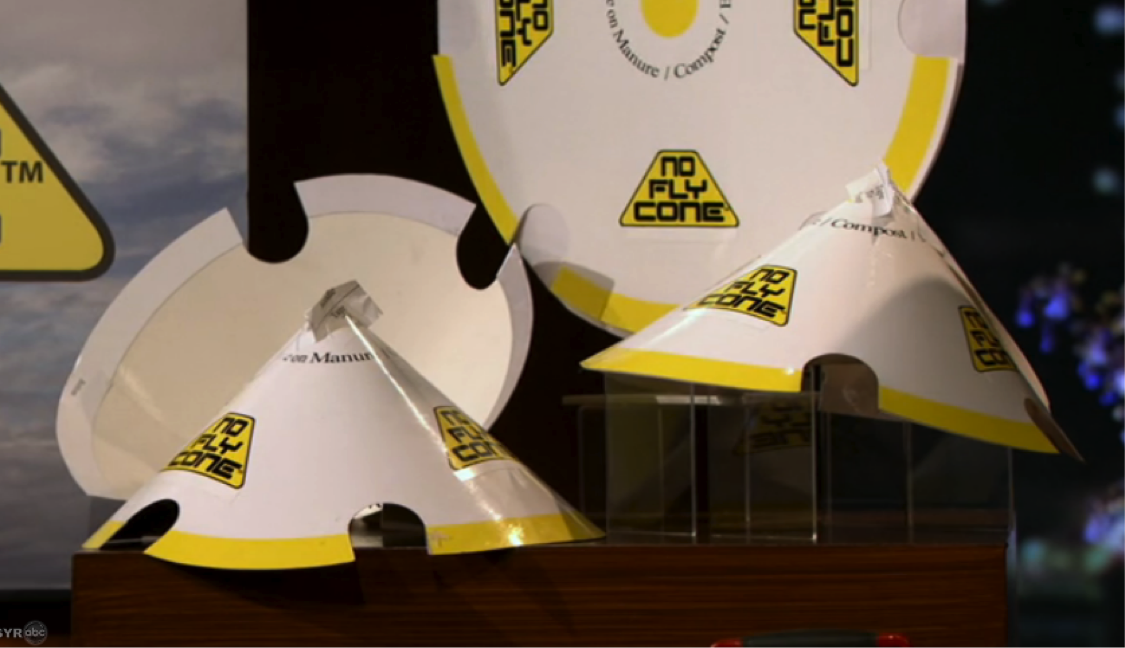 No Fly Cone Before Shark Tank

In his introduction video, Bruce Gaither introduced himself and said that he lives in Colorado with his wife and children. He told the audience that he’s been around horses all his life, and was also a professional poker player for about 30 years. He stopped playing in order to become a full-time dad. Now, Bruce gives riding lessons, and is also a professional horse trainer. He oddly mentioned that he had a list clientele, who’s become his friends in the process. He said that his barn is pretty much his office. Working under those conditions is what inspired his product. Bruce was able to get the product, the No Fly Cone, into stores but no one was buying it because they didn’t know what it was. He said that investment and support from Sharks means a lot to him and his family. The video ended with him riding off into a creek on a horse.

No Fly Cone on Shark Tank 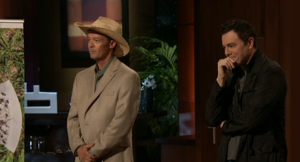 Bruce walked out into the Shark Tank with the dog on a leash. He introduced himself, and his dog biscuit, to the Sharks. He let them know that he was seeking $25,000 in exchange for 15% Equity stake in his company. The company is called No Fly Cone. He started off his presentation by invoking one of Kevin’s favorite saying, build a better mousetrap. Bruce asserted that he built a better fly trap. He told the Sharks that the No Fly Cone is a cone shaped, non-toxic fly trap. It catches them on the inside of the Trap, so you don’t have to see the fly carcasses. Bruce said that the natural attractant on the inside was provided by dog poop.  Lori looked grossed out. Bruce insisted that nothing works better. He told the Sharks that the No Fly Cone works by placing it over dog poop, or what he called a scooper. You would leave it there and then come back later and see how many flies it caught.

To Showcase this, Bruce unveiled a photo of a used No Fly Cone that was directly covered with flies. Robert voiced his disgust. He said that the reason he came up with this product is that he works in a barn that is haunted with flies because of the dogs and the horses. He decided to design an all natural fly trap, and they were successful right away and caught the flies where they breed and feed. He told the Sharks that he could make the No Fly Cone The Trusted standard for repelling flies and no time with their investment. He asked the Sharks for any questions. Lori wants to know how it was different than a No Pest Strip. Three said that the strip of glue on the No Pest Strip was on the outside, which made you look at all the flies that you would kill with it. But the No Fly Cone kept them on the inside. Kevin asked if it was true that used dog excrement as the attractant.

Bruce said that that was true. Daymond decided to elaborate. He went through the process of having the dog defecate outside, then leaving it there and placing the No Fly Cone over it in order to attract the Flies he said that if you just clean the dog poop up immediately, you wouldn’t have the problem of the Flies. He told Bruce that he was just creating the problem. Merge told him that even if you cleaned it up, there’s a residue of the mess on the grass as well as on the scooper. The No Fly Cone method attracts other things besides flies. Bruce let her know that people also catch mosquitoes and gnats with it. As he was going over the other uses and applications for the trap, a familiar face walked up behind him. Seth MacFarland had walked up onto the stage.

Daymond recognized him immediately. Seth asked if they were doing a TV show. All of the Sharks recognized him, except for Kevin O’Leary who asked Bruce who he was. Bruce told Kevin that Seth was the creator Family Guy, as Seth did a Stewie impression. Robert told Seth that he loves to the show, and then that looked like he was 18 years old. Set thanked him and said that now he loves the Shark Tank. Mark that’s what brought him but since he obviously wasn’t just walking past the studio. Just told him that he was friends with Bruce since he took horseback riding lessons with him. Set told the Sharks that he was shown the No Fly Cone, and it doesn’t just attract flies but also small children, bad feelings, and it was great.

Daymond told Bruce that he already had a very big fly that could help him with his financial situation. He wanted to know why he needed the Sharks. Seth laughed and told the Sharks that he wasn’t allowed to do anything with ABC. He said that if he ever wrote a hilarious cartoon, he would ask for Seth’s help. But right now he had five business investors who could help him. They were the best people for the job. Daymond wants to know what his sales look like for the last year, and Bruce told him that he’d only sold 3000 traps. Robert ask Seth if he ended up using the fly trap in his house. Seth told Robert that he didn’t even have a dog. Robert looks shocked, saying that his spokesperson didn’t even have a dog. Seth said that if he did, he would be the first person in line.

Lori told Bruce that she wasn’t relating to the fact that she had to have dog excrement in order to make the Trap work. Robert told her that it was absolutely a QVC product. All she needed was a little dog poop to help her sell it. Set alarm that QVC sold for worse crap than the No Fly Cone which didn’t seem like the way to make a deal. Thankfully Lori laughed. Kevin said that he was with Biscuit on this, he just had no interest in the product. Kevin Went Out. So I told Kevin that he was not a very nice man in his Stewie voice. Proper was practically on the floor laughing. Mark told Bruce that he didn’t have any connections that wouldn’t be able to help him sell the product, so he was out Robert told Bruce that to shout Sharks were already out, so maybe it wasn’t the best idea to bring Seth MacFarlane. Bruce said that he was having more fun out here than he would be by himself, so it’s okay. Daymond said the only reason he wasn’t out yet is that he brought Seth, but he didn’t thinks he could help him anyway. He went out.

Lori told her that she wouldn’t hold that against him. Just left, and said that it was a warm and inviting place. Lori said it was great that he was able to make a product by creating a solution to his problem. Lori told him that she just couldn’t get past the way it worked, it was a personal turn off. She said it might be more appealing if he was able to come up with another attractive. Bruce suggested chicken bones, and Lori giggled. She went out. Robert told Bruce that he didn’t think he would be able to add a lot of value to that company. Seth MacFarlane starts imitating Boris Karloff and said that the Grinch’s heart grew three sizes that night. This got Mark to laugh. Robert ignored the joke, and he went out. Seth blamed himself. He said that it was his fault, but Bruce didn’t get a deal and that the whole thing was a terrible idea. Bruce thanked him for coming out anyway and said that it was wonderful. They walked off the stage together with Biscuit. As they did so, Bruce thanks Seth for coming out and trying. Seth told Bruce that he was absolutely no help to him.

After they had been off the stage, Mark said it wasn’t really such a bad idea. Kevin picked up this like rusted No Fly Cone on stage and said that it really was a bad idea. In their exit interview, so I told the camera that at one point a fly was crawling down Kevin O’Leary’s face and into his mouth, and he didn’t do anything about it. Seth said that it was clear that he needed the No Fly Cone, and it was also possible that Kevin wasn’t human. 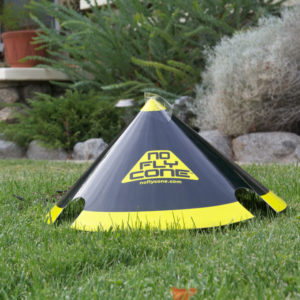 Since not getting a deal on Shark Tank, Bruce tried to make it on his own. According to the Facebook page, Bruce found a new distributor for the No Fly Cone. Soon after that, the Facebook page stopped updating, and their website was shut down. In April of this year, they started posting to Facebook again. When I tried to access it, it said that it’s servers were being updated.