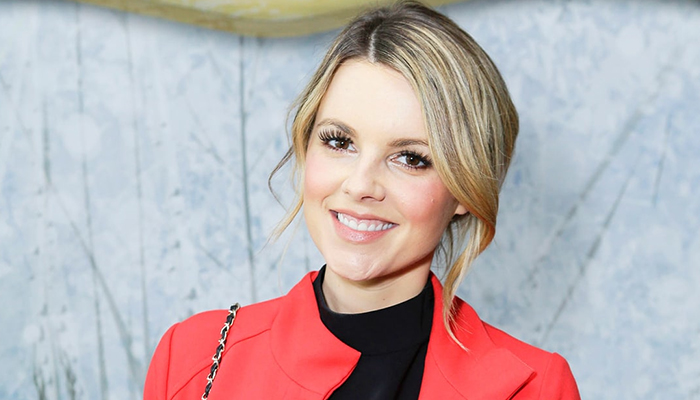 Ali Fedotowsky is a reality star best known for her appearances on the ABC dating series, The Bachelor and The Bachelorette. Chosen as one of the twenty five women contestants to be on the fourteenth season of The Bachelor, the blonde beauty made her first appearance on the television screen in January 2010; during which she would be competing for a chance to capture the heart of pilot, Jake Pavelka. Throughout the season, Pavelka would then get to know the possible female suitors on the show better through various activities such as a number of games or dates. However despite the budding relationship which the two seemed to share during the initial half of the show, Fedotowsky would later quit during week six after being given an ultimatum from her employer at the time.

In spite of her exit from the show, Fedotowsky would eventually be selected by the producers to be the star of the sixth season of the dating series, The Bachelorette. As a spin-off of The Bachelor, the show bares a similar format in that a single bachelorette (often previous contestants from The Bachelor) is given the opportunity to date a number of possible male suitors throughout the season from which one will then be expected to propose towards the end of the show. Every week, the pool of possible candidates will also grow smaller as a handful are asked to step off the stage by the bachelorette.

At the end of the sixth season, advising account manager, Roberto Martinez was ultimately chosen by Fedotowsky to be the winner after having propose to her during the season finale. However the pair would soon break up the following year. Since then, the two have gone their separate ways; Fedotowsky later married American television host, Kevin Manno in late 2015. The newly weds welcomed their first daughter, Molly Sullivan in July 2016.

But what new endeavours have the blonde been taking since her time on the dating series (well, besides motherhood)? What happened to Ali Fedotowsky? What has she been up to as of late? 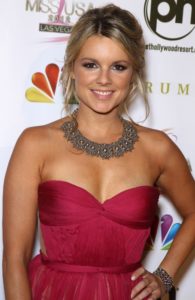 Born on September 16, 1984 in Massachusetts, Alexandra Fedotowsky (Aka “Ali”) is the daughter of Beth Johnson and Rob Fedotowsky. She has an older sister named Raya Todd. Growing up in the areas of Williamstown and North Adams in Massachusetts, young Fedotowsky loved to sing and had actually won second place in a singing competition when she was in elementary school! Later as a teen, she would go to Mount Greylock Regional High School where, according to her friends, she was a smart and fun-loving student who had always been fairly popular amongst her classmates. Having always loved sports, Fedotowsky was also an active member of the varsity soccer team and had played for the team for a total of four years prior to her high school graduation.

After graduating from high school, Fedotowsky enrolled at the University of Massachusetts Amherts; she would study there for two years prior to transferring to Clark University, where she would study psychology. Following a few more years at the university, she later received her bachelor’s degree in 2006.

Ali Fedotowsky on The Bachelor 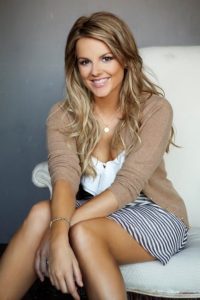 In late 2009, the blonde was chosen to appear on the ABC reality series, The Bachelor after having successfully buzzed through the auditions; she would star in the fourteenth season, which would premiere on January 4, 2010. As one of the many female contestants on the show, Fedotowsky only had one motive at the time of the showーto win the heart of American pilot, Jake Pavelka. As implied by its name, the show revolves around a single bachelor (Pavelka in Fedotowsky’s case), whom is given a chance to date and befriend a number of possible love interests on the show; as per the traditions of the series, he would then be expected to choose one to propose to after having decided on “the one.” Every week during the season, a handful of contestants would also be eliminated via a process in which a flower is given to those whom Pavelka would like to remain on the show; this ultimately continues until a winner is left in the finale.

Throughout the fourteenth season of the show, it was obvious to many that Fedotowsky and Pavelka had developed something special during their time together. However although the blonde had managed to capture the pilot’s heart, she ultimately found herself saying goodbye to him, halfway through the season, after having received an ultimatum from Facebook, her new employer at the timeーeither to quit the reality series and return to work, or quit her position to continue the reality series.

Not wanting to give up her dream advertising job at Facebook, Fedotowsky eventually made the decision to leave the showーbut of course, not before talking to Pavelka about the situation. Gathering her courage, she gave the pilot a surprise visit and confided in him her “impossible decision” with which she was faced with; after a series of lengthy considerations and emotional conversations, she would ultimately choose to exit from the show during the sixth week. Pavelka would eventually choose marketing representative, Vienna Girardi as the winner of season.

Ali Fedotowsky in The Bachelorette 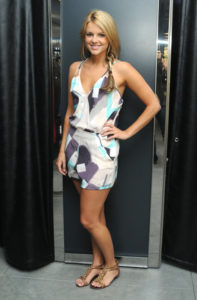 Despite the blonde’s sudden departure from the series, the producers of the show would decide to have her star on the tenth season of The Bachelorette. As the sister series of the original, The Bachelorette followed an almost identical format in that a single bachelorette would be given the opportunity to date men from a pool of possible suitors throughout the season; with each week, a number of them would then be eliminated from the show via a rose ceremony, where those who are wished to stay by the bachelorette are given a rose, until only two suitors are left towards the end of the season. However unlike the end of The Bachelor, one of the two final suitors would then propose to the bachelorette, for final selection. While the authenticity of the show has been questioned a few times by critics since the airing of the first season in 2003, it remains to be a popular reality series with a loyal audience.

After the tenth season of The Bachelorette commenced on May 24, 2010, many viewers of the show soon began to notice the sparks between the bachelorette and insurance agent, Roberto Martinezーin fact, Fedotowsky had given him the first impression rose during the first episode. Although the two didn’t engage in any activities together during week two, the blonde eventually invited him for a one-on-one helicopter ride  over Los Angeles during the third episode, which aired on June 7, 2010. Fearful of both heights and flying, Fedotowsky had wanted to overcome her fears with Martinez; the two would later share a romantic kiss and go for dinner, after which they would then cuddle in the flickering candlelight. While the blonde would go on one-on-one dates with other suitors throughout the next few episodes, Martinez would be present during the group dates. Eventually, the pair would share their second one-to-one date together during week seven, in which they toured the city of Lisbon, Portugal together.

Their blooming relationship would continue onto the overnight date held during week nine; the two had dinner at a heart-shaped island and would once again share a kiss together. After having spent months together throughout the show, Fedotowsky introduced Martinez, along with Lambton (who would later be runner-up), to her parents in Bora Bora. Although Fedotowsky cared a great amount for Lambton, she eventually realized he was not the one; she would ultimately reveal to him her feelings for Martinez prior to the final rose ceremony. Despite having felt heartbroken, Lambton would thank Fedotowsky for her kindness before exiting the show. As the final suitor left at the final rose ceremony, Martinez eventually proposed to the blonde to which she would say yes to.

However despite the two’s seemingly strong connection and love for each other, the couple later announced their separation the following year, although they were said to have remained as friends. According to later interviews, the relationship had began to wither after a number of wedding delays; although the pair had began their wedding plans shortly after the end of the season, the date for the altar seemed to be stretched farther and farther away with every thing that came their way. After a push-back of the initial wedding date, it later had to be pushed once again in July after Fedotowsky found herself having to receive knee surgery; the date would then once again be pushed back following troubles with the timing and logistics of flying the couple’s relatives over for a destination wedding. Frustrated with the constant delays and the lack of planning, Fedowsky and Martinez eventually announced their break up in November 2011.

In addition to the wedding troubles, the blonde would later reveal that their interests had in fact, also began to divert from one another during that time. Other issues in the relationship soon began to ariseーpersonality clashes between the two and Martinez’s tempter, which would often times be triggered by various disagreements over his traditional values. Following their break up, the two have since gone their own separate ways. In 2013, Fedowsky began to date television and radio host, Kevin Manno; the couple later announced their engagement in September 2015. The blonde gave birth to their first child, a daughter named Molly Sullivan Manno on July 6, 2016. 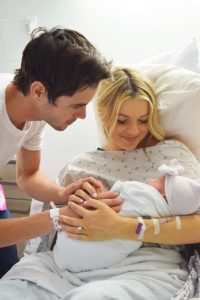 Considering that Fedotowky had been pregnant during the first half of this year, it’s probably fair to say that she’d been busy with preparations surrounding her baby and new family. With the birth of her daughter this July, the new mother is likely busy at home taking care of the little one. No stranger to social media, Fedotowsky also took to Instagram to share with fans photos of her newborn daughter; the photo following her birth has since gotten over 71,000 likes since it was first shared in July. It’s no doubt that caring for a baby can be stressful, and Fedotowsky hasn’t been shy about keeping that a secret; while she has admitted to loving her new role as a mother, the blonde has also stated that it has also been “emotional and hectic.”

However nonetheless, Fedotowsky seems to be enjoying her new family life with husband, Kevin Manno. In fact, the reality star was just recently seen enjoying lunch at a local Malibu cafe with six-week old Molly in her stroller. What can we say? Life seems to be pretty good for the 31 year old blonde.