What Happened to Chuck Liddell-News & Updates 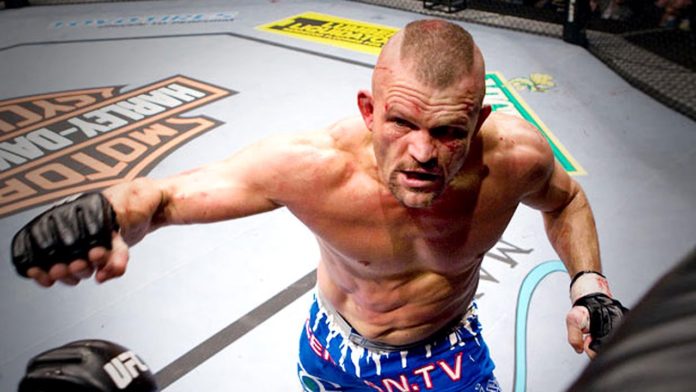 Chuck Liddell is perhaps one of the UFC’s most brazen personalities, and is probably most noted for his mohawk haircut. Chuck is an impressive and decorated UFC fighter, having fought 29 different times in the UFC after participating in an equally impressive kickboxing career. Chuck Liddell went on to win several titles during his time in the UFC, and would find a successful career as an acting and celebrity personality after his eventual retirement. Read on more to find out how Chuck Liddell got his start in the UFC, and eventually went on to receive a large amount of recognition for his accolades.

Chuck Liddell was born in California, and as a young child, began to take up various martial arts. Chuck Liddell participated in extracurricular karate and boxing as a young child, and also participated in his high school football team. He would go on to play as a starting lineman all four years as a freshman, making the varsity team in the 9th grade. Chuck Liddell was raised in Santa Barbara, which had an infamous party scene at the time. He would often find himself amidst drunk college students, where he would participate in frequent fights (and presumably, win.)

Chuck Liddell then went on to enter into the California Polytech State College for a business degree, where he would also turn to the wrestling team. As a Division I wrestler for the University, Chuck went on to hold a successful career as a collegiate wrestler, and eventually began to participate in local kickboxing promotions. He quickly gained notoriety for his brutal style, and with a record of only 2 losses against 20 different wins, Chuck Liddell quickly became popular. It is also worth noting that 16 of those 20 wins were through knockout, with no referee stoppage involved prior to the other fighter hitting the mat. 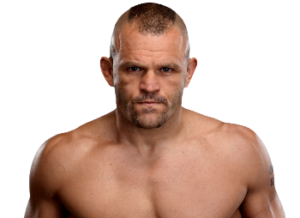 Chuck Liddell and Success in the UFC

At this point, Chuck Liddell took some time off from the UFC to enter into Japanese promotion Pride Fighting, where he would eventually fight against another noteworthy and famous personality, Quinton “Rampage Jackson.” Chuck Liddell represented the UFC in the tournament, but would lose the fight to Quinton Jackson after the team in his corner called the fight offf. After his loss, Chuck Liddell would then return to the UFC to fight at UFC 47 in April of 2004, fighting against Tito Ortiz. Tito Ortiz was no longer the champion, however, as he had lost the championship to Randy Couture. Still, the fight was an entertaining bout that was definitely championship quality.
Chuck Liddell and Randy Couture would go on to have a second fight at UFC 52, which happened in 2005. Chuck Liddell’s eventual rival, Tito Ortiz, had also suffered a loss to veteran Randy Couture, which actually started the rivalry between the two due to some sort of insecurity. Randy Couture and Chuck Liddell fought at UFC 52, where Liddell eventually won the fight in a little over 2 minutes through a knockout in the very first round. Chuck Liddell would then receive the UFC Light Heavyweight championship, receiving the actual belt, which he would eventually defend against both Randy Couture and Tito Ortiz.

Randy Couture and Chuck Liddell had their third and final match at UFC 57 in February of 2006. Chuck Liddell won the fight through a knockout in the second round, which would cause Randy Couture to take his first retirement from the UFC. The fight was forced to stop through the referee, and Randy Couture had stated that he would move into a commentating role and as a coach. Chuck Liddell retained his title during this fight. 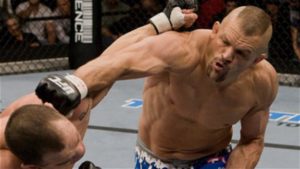 Chuck Liddell and Tito Ortiz then entered into a rivalry against each other, as they simply hated each other. The antics of both fighters always created an interesting show, and the two participated in two separate fights. Chuck Liddell fought against Tito Ortiz to a victory in the first round, knocking Tito out in just 38 seconds in the second round. Tito Ortiz suffered his first knockout loss to Chuck Liddell. The animosity between the two fighters remained, and the two of them would eventually meet again at UFC 66 in December of 2006.

At UFC 66, Tito Ortiz and Chuck Liddell fought again, but there was much more at stake this time. The two of them fought for the UFC Light Heavyweight Interim Championship, which finally saw Chuck Liddell with the actual title fighting against Tito as the interim champion. The fight was heavily hyped up and actually was the first-ever UFC pay-per-view to sell more than 1 million shows, which would not happen again until 2 years later. Despite UFC President Dana White promising that there would eventually be a third fight between the two, the final fight had Tito Ortiz replaced as the challenger with Rich Franklin.

Chuck Liddell would then go on to fight at UFC 71 against a fighter from a previous fight, Quinton “Rampage” Jackson. Chuck Liddell would lose the fight in the first round by Quinton Jackson, and was heavily criticized for some rumors that he had been seen out in Las Vegas prior to the fight since UFC 71 was hosted at the MGM Grand Arena. Chuck Liddell also went on to fight a variety of other opponents including Keith Jardine and Wanderlei Silva, who are two noteworthy fighters from the light heavyweight division as well. Chuck Liddell also fought against more veteran fighters, who were not as big of personalities as Quinton Jackson, Randy Couture, and Tito Ortiz, which included a list of fighters such as Rashad Evans, Mauricio Rua, and Rich Franklin.

Chuck Liddell went on to be inducted into the UFC Hall of Fame in 2009, prior to the UFC 100 event. He then went on to become a big personality, starring in numerous movies and television shows since then. Chuck Liddell is also noteworthy for being the first-ever fighter from the UFC to appear on ESPN’s magazine, a feat that not even Ken Shamrock, Randy Couture, or Brock Lesnar had accomplished – all three of these men served to rejuvenate the sport due to their personalities, or their skill in other promotions (professional and collegiate wrestling for Brock Lesnar and collegiate wrestling for Randy Couture). 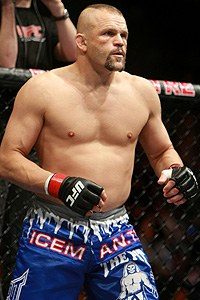 Chuck Liddell also went on to star in a variety of media, starring in the movie Kick-Ass 2 as himself, War Pigs as Sergeant McGreevy, and some other movies prior to his retirement fight in 2010. He has also starred in the shows Punk’d, Hawaii Five-O, Blue Mountain State, and Bones. Chuck Liddell has also served as a UFC personality and spokesperson, and also appeared on the 9th season of Dancing With the Stars, where he only made it four weeks in before being eliminated by fan vote.

Chuck Liddell also serves as an actor and personality in commercials for Miller Lite beer and Duralast breaks, due to his tough personality as “the Iceman.” Chuck Liddell would also go on to receive a variety of awards and accolades from his time in the UFC as a one-time UFC Light Heavyweight champion with four separate successful defenses under his belt. He also received several Knockout of the Night awards, and participated as a coach for The Ultimate Fighter reality show. He is also an award-winning champion for kickboxing and muay thai promotions.

Chuck Liddell retired from the UFC with an impressive record of 21 wins and 8 losses, although 5 of those 8 losses came from his last 6 fights in the UFC. Chuck Liddell’s prime years were prior to his decline in 2007, which seemed to come after his rivalry with Tito Ortiz; the rivalry between the two men was possibly the apex of both their careers. Chuck Liddell will be known for his brazen personality and mohawk, which helped to establish an image for him; in the end, he is just a guy who loves fighting and also is down-to-earth, as proved by his endorsement of Miller Lite. Five of his eight losses came from his final 3 years in the UFC, but prior to that, Chuck Liddell would have been a 20-3 fighter, which is still an impressive record for someone in the UFC.

Chuck Liddell has also written an autobiography of his life, and has joined the fighting gym that had trained him, named The Pit. Chuck Liddell now serves as a trainer at The Pit, and still remains his position as a UFC personality and spokesperson. He is now retired from fighting, but has not ruled out the personality of returning for one last fight. He resides in Los Angeles with his wife, Heidi Northcott, where they have a daughter and two sons.