What Happened to Vanilla Ice – 2018 Update 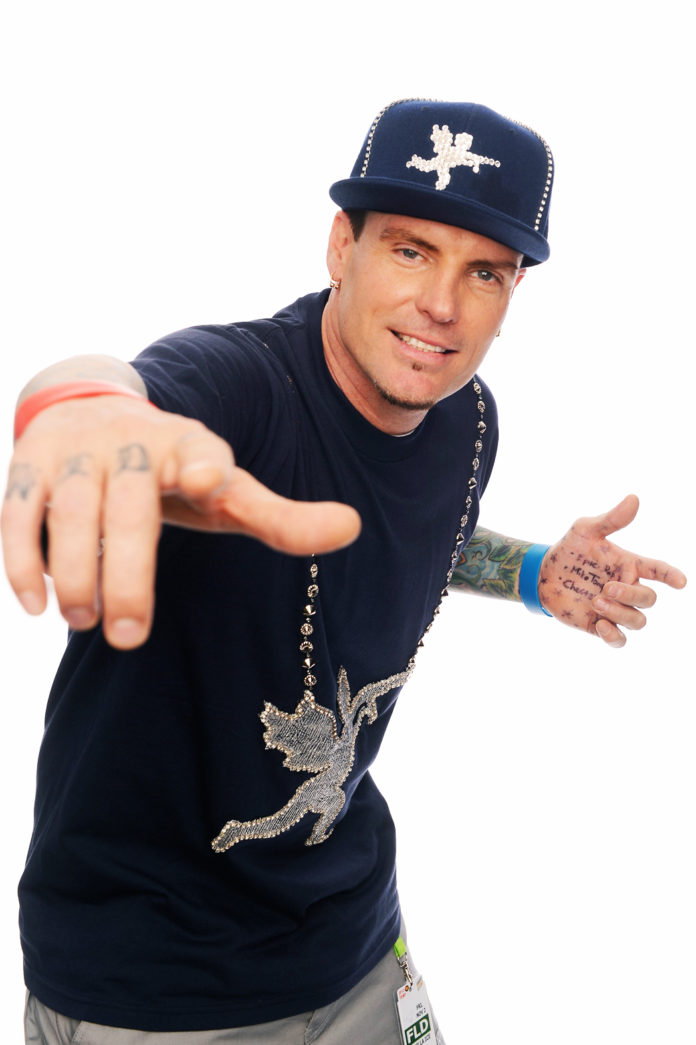 Robert Matthew Van Winkle, better known by his alias Vanilla Ice, is a widely-known American personality. Vanilla Ice came to fame with his single, released in 1990, which has the catchy lyrics of “Ice, Ice, Baby.” Read on more to learn about Vanilla Ice, his rise to fame, and where he is today.

Vanilla Ice Prior to Hip Hop

Vanilla Ice was born in the late 1960s to his two parents in Dallas, Texas. Unfortunately, Vanilla Ice was troubled right from the get go and never knew his father; when he was only a young child, his mother ended up divorcing his stepfather. As he began to grow into his teenage years, he spent his time split between Dallas, Texas and Miami, Florida, and his mother remarried. Vanilla Ice’s new step-dad worked at a car dealership to support his family. Around the time when he began to heavily travel, Vanilla Ice started listening to hip hop.

When Vanilla Ice became a teenager, he found breakdancing as an artform and release in order to express himself. This was where he gained the moniker “Vanilla,” since he was one of the only participants that was not of African-American descent. Despite not liking the name at first, he came to appreciate it. After becoming well-known in the local breakdancing scene, Vanilla Ice soon began to rap battle, which is where two participants attempt to diss and rap about each other with no pre-constructed verses, and this also gained him the name “MC Vanilla.”

Vanilla Ice eventually came to combine both names; since he was a white guy participating in a movement and artform which had a large African American population in it, he combined the Vanilla, the color of his skin, with the Ice, which were his dance moves and his lyrics. At this point, Vanilla Ice soon moved into a breakdancing troupe, and Vanilla Ice would set his foundation up for his future career in hip hop. Eventually, Vanilla Ice left the Miami scene permanently and relocated back to Dallas, Texas.

When he moved back to Dallas, Texas, Vanilla Ice soon created his own group. The hit song “Ice Ice Baby” was written at the age of 16, which was inspired by real events; the song is around the basis of a moving shooting in a vehicle, a drive-by, in which both Vanilla Ice and the song’s producer had attempted to “grab” drugs from a local dealer. The song would eventually launch his career, but prior to taking himself seriously as an MC, Vanilla Ice had spent a lot of time in the motocross world.

When Vanilla Ice broke his ankle during a motocross race, he eventually fell out of love with the racing circuit and instead turned towards hip hop and his past of breakdancing.

Vanilla Ice started his career in the local Dallas scene, where he participated in open microphone nights and typically rapped without any pre-constructed verses or lyrics in mind. Eventually, as mentioned above, Vanilla Ice came to form his own group, The Vanilla Ice Posse, or better known as the V.I.P. The V.I.P group would go on to perform for numerous bands, including Paula Abdul, N.W.A, and MC Hammer. Unfortunately, Vanilla Ice was stabbed in 1987 outside of a local club; he spent some time recovering in the hospital, but then finally signed a contract with the owner of the club. Over time, Vanilla Ice would hone his skills and improve, and even begin to open for more bands including Ice-T and Sir Mix-A-Lot.

With the money from the contract that Vanilla Ice had signed, he managed to save up enough money to purchase some time in a recording studio; eventually, Vanilla Ice would release his fiorst production effort, which included his original hit “Ice Ice Baby,” and his new single, “Play That Funky Music.” The owner of the club that Vanilla Ice had signed to ended up sending out samples of the song to various radio stations, but only one radio station agreed to play the songs, even despite the club owner asking for no monetary compensation. The few radio jockeys had played “Play That Funky Music,” but one made the mistake of actually playing the A-side of the track, which contained “Ice, Ice, Baby.” As it turned out, this turned into a huge hit, and the song very quickly gained a following and found some success for Vanilla Ice.

Another rap group, Public Enemy, eventually found interest in Vanilla Ice and asked for their producer to sign him to their label, Def Jam Recordings. However, Vanilla Ice did not sign with Def Jam and instead signed with SBK Record, which Vanilla Ice soon came to regret; he was forced to have a more professional appearance for marketing purposes, which Vanilla Ice was not happy with. However, Vanilla Ice’s first album, “To the Extreme,” was eventually released. This album would become the fastest-selling hip hop of all time, and was the first ever album to make it to the very top of the Billboard 200 in the United States, where it managed to sit for more than 16 weeks and sell more than 11 million copies. Songs from “To the Extreme” were frequently requested, and Vanilla Ice soon began to tour with MC Hammer as his opening act.

With more money and fame than ever before, Vanilla Ice entered into a relationship with Madonna, which lasted for a short 8 months. Vanilla Ice was notorious for denying any interviews with the press or general public, which is understandable – he wanted to keep his personal life a secret from people that were simply too nosy. An incident occurred where Vanilla Ice shot down a question of a reporter, who had asked him what his mother’s profession was, and SBK Records wrote a fake biography that tried to condemn his mother. This led to some litigation for falsification of character, which soured the relations between Vanilla Ice and SBK Records.

In 1991, Vanilla Ice and SBK Records (still together!) released a live compilation of “To the Extreme,” which was named “Extremely Live.” The album was recorded during a live concert in Miami, which included some new songs by Vanilla Ice. The album made it to the third place on the Billboard 200 list, but it was not as well-received as its namesake.

In 1993, Vanilla Ice would take a break from his touring and instead return to motocross circuit racing, as well as becoming a jet skier. Vanilla Ice was one of the world’s best jet skiers, and managed to secure a sponsorship with Kawasaki vehicles. During this time, he did not intend to step away permanently from the music world, and continued to write songs; one of the songs was directed towards another famous group, Marky Mark and the Funky Bunch. During his time away from touring, Vanilla Ice was not as heavily focused upon by the public eye, and he started to revise his image; he began to grow dreadlocks and turned vegetarian, as well as being open about his use of marijuana.

In March of 1994, Vanilla Ice would release his second album named “Mind Blowin’.” Much like “Extremely Live,” Mind Blowin’ was poorly reviewed, and critics noted the album for its frequent mention of drugs and other illegal substances. With a poor album, Vanilla Ice’s record label, SBK Recordings, eventually closed down due to bankruptcy. Vanilla Ice would turn to using harder substances including cocaine, ecstasy, and even heroin; he also began to tattoo himself more and more. Vanilla Ice took some time off and eventually opened up his own sporting store, which primarily carried water sport equipment.

Vanilla Ice soon went on and formed a legitimate friendship with Ross Robinson, who produced songs for Deftones, Limp Bizkit and Korn; their friendship was formed on the basis of their common love of motocross racing, and eventually, the two began a working relationship. Under Robinson’s guide, Vanilla Ice would release his third album, “Hard to Swallow.” This album was far different than his previous two albums with a much darker tone to the songs, and did not manage to place in the Billboard 200.

Vanilla Ice would go on to record three more albums (“Bi-Polar,” “Platinum Underground,” and “W.T.F (Wisdom, Tenacity, and Focus)”) in 2001, 2005, and 2011 respectively, none of which were as large of a success as his previous efforts. However, Vanilla Ice had managed to find his own close-knit group of fans; all of these albums were released either as an independent effort, or under a small record name.

Vanilla Ice has mostly ceased his musical efforts, and instead turned to other media; in 2009, he began to film his own reality television series named “The Vanilla Ice Project,” which featured a renovation project of a house in Florida. Each episode revolved around renovating one specific room of the house, and the show managed to make it to three seasons.

In 2011, Vanilla Ice played a caricature of himself in the movie “That’s my Boy.” He would also appear in a theatrical version of Peter Pan, playing Captain Hook. That same year, he also appeared at the Gathering of the Juggalos and announced his latest album, “W.T.F” would eventually be released” and feature a far different sound than any of his previous songs.

In 2013, Vanilla Ice performed during the half-time show of the Houston Texas game; the Texans would go on a huge losing streak and eventually lose the remaining 14 games of the season, with some fans (and even players) that Vanilla Ice had served as bad luck and caused the losing streak.

Most recently, Vanilla Ice appeared in the movie “The Ridiculous Six,” where he portrayed author and personality Mark Twain; the movie, and Vanilla Ice’s acting, were both well-received. In the 23rd season of “Dancing with the Stars,” (2016) Vanilla Ice would be paired with professional dancer Witney Carson, but would be eliminated during the October 4 episode.

Vanilla Ice ended up releasing more than 9 musical albums during his time as a musician, and has since appeared in more than 12 different filming roles.