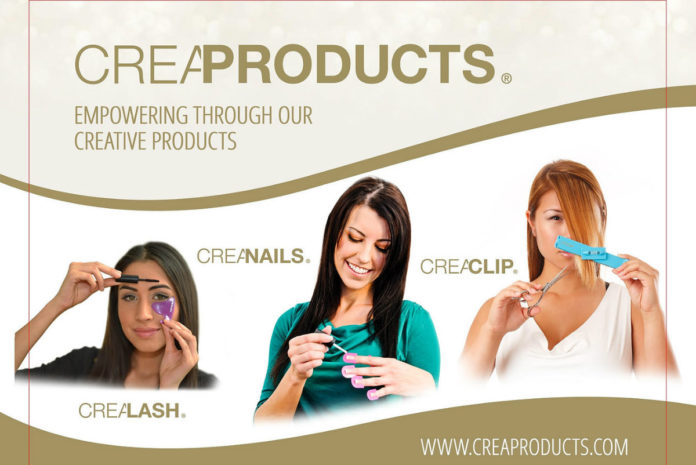 When Mai Lieu was only four years old, her family was able to escape the Vietnam War. Her family did not have any money, and her parents worked long hours to support her. Mai decided that she needed to find a way to repay them. After 20 years as a hairstylist, Mai invented what would become her CreaProducts line. Would the Sharks take a cut of this business, and invest in Mai? Let’s take a look. 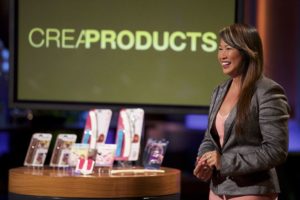 Mai Lieu walked out into the Shark Tank and introduced herself. She requested a $200,000 investment in exchange for 10% equity in her company, CreaProducts. She said that her mother would cut her hair at home since her family was broke. Mai would go to school with uneven, super short bangs. Mai thought that many parents would relate to her experience.

Mai continued, talking about “pinot grigio” bangs, which is what happens when a woman decides to cut her own hair after too many glasses of wine. Robert asked the female Sharks if that was something that they ever experienced, and Barbara said that she did not think it was a thing that happens. Mai awkwardly continued her presentation. She stated that her Creaproduct line would stop the home haircut disasters and excuses. Mai claimed that it would allow you to get a perfect haircut from home. The product could be used on children’s hair, as well as more complicated hairstyles such as bangs and layers.

Barbara looked horrified when Mai said that she was going to demonstrate the product by cutting her own bangs. Mai attached the long blue plastic rectangle to the hair that she brushed in front of her face, and pulled it down to right above her eyes. She explained, as she went, and told the Sharks that the next step was to trim. Mai pulled out scissors and began to cut. She claimed that it would create perfect bangs as she stopped cutting, and pulled the CreaProduct from her hair. Barbara and Lori looked impressed.

Mai showed a larger curved white piece of plastic that she called the CreaClip. She told the Sharks that it would help to create layers. Robert asked if she could demonstrate on Lori, and Lori reflexively touched her hair. Mai said that she wouldn’t want to mess up her beautiful hair. She showed it on herself again, leaning down and flipping her hair over. She clipped the CreaClip to her hair and slid it down. Mai explained that the CreaClip had a built in level, letting the user know that it was balanced. Mai declared that it was time to trim, and Robert let out a long “Nooooooo!” Mai informed him that she was a surfer, so she had a lot of split ends. She started to trim, cutting nearly three inches off.

Lori asked if Mai could see the level from where she was looking. Mai told her that she could as she finished cutting. She asked the Sharks if they were ready, and they said that they were. She took off the CreaClip, and flipped her hair back, revealing a professional looking haircut. The Sharks again murmured their surprise. Mai finished her presentation by asking the Sharks who wanted to make a deal with CreaProducts. She began handing out samples.

After Mai had handed Robert his samples, he looked interested in the CreaNails. She finished handing out the samples, which included the CreaNails, the CreaClip, and a variation for makeup. Robert asked if everything was included in the investment, and Mai confirmed that it was. Kevin inquired about CreaProducts sales, asking Mai how many items she sold in the last year regarding dollars. Mai told him that she’d sold $550,000. Kevin asked if that was just the CreaClip, and she said that it was, since it was her bestseller. The other products were brand new.

Barbara asked her how she promoted herself, and Mai told her that she did instructional videos on Youtube. Mark asked her how many followers she had. Mai said that she’d gotten 20 million views, and 30,000 fans. One of her videos went viral the month before she filmed her Shark Tank episode, and the 500,000 shares allowed her to sell completely out of the product. Mai said that she sold $150,000 in that week alone.

Barbara let her know that she hadn’t mentioned how much the CreaProducts cost. Mai pulled a CreaClip from her display and told her that it retailed online for $30. The CreaNails were $24.95, and the CreaLash was the same price. The customer was responsible for paying the shipment in all cases. Lori asked what the CreaLash was, and how to use it. Mai demonstrated, using the CreaLash to pull down her lashes, and feigned applying eyeliner. She claimed that it prevented the makeup from falling on the skin of your cheeks. Mai said that you could also use the CreaLash to apply mascara by pulling the eyelid up.

Barbara inquired about Mai’s background, and Mai informed her that she was in the beauty industry for 20 years. Barbara asked if she was a hairstylist. Mai nodded and launched into her backstory. Barbara asked if she was able to keep any of the $550,000 in sales since Mai had the ultimate goal of supporting her parents. Mai said that she was. Her profit margins were 66%, and she was able to keep $155,000 of the benefits. Barbara congratulated her.

Robert said that he could empathize with her backstory, and Mai agreed that they had very similar backgrounds. Robert stated that he also always felt that he had to be successful in order to justify the sacrifice that his parents made for him. He felt like nothing he did would ever match what his dad did for him in terms of difficulty. Mai looked like she was on the verge of tears listening to his story. She said that her father worked seven days a week to make a living for her family. Robert told her that she was bound to be successful since she felt a heavy burden of pressure to be successful for her family. Mai looked overwhelmed. Robert finished, saying that he would like to be in business with her, but he was not the right partner for her business. He went out.

Mark said that he thought that he could help Mai, but did feel like they would click together as partners. He wished her luck with the rest of the Sharks and went out. Kevin said that hair products were not his primary focus, and the other Sharks laughed at him and his bald head. Barbara smiled as Kevin stated that he was out. Kevin said that there were the two female Sharks left, and they both still had their hair even though they did not cut it themselves. He asked them what they wanted to do.

Mai appealed to Lori, saying that it would be perfect for QVC. Lori examined the packaging in her hand and spoke up. She stated that she thought that it was important for families to have an affordable haircutting options where they could trim their bangs, or do a blunt cut to the back of their hair. Lori said that she would be interested in partnering up with Barbara. Barbara told her she had something different in mind. She told Mai that she thought CreaProducts would be successful, but did not see the need for an investor. She went out, saying that she did not see herself getting her money back.

Lori looked down at her notes, trying to make a decision. She told Mai that she recognized that she was a go-getter. Lori offered the $200,000 at 25%. Mai cringed, and told Lori that she was projected to make $800,000 in sales just in this year. Lori said that she knew, but she felt like the products needed some engineering still. She felt that the 25% would be the right equity stake for her in exchange for the amount of work that they would need to put in. Mai nodded and considered. She countered with 20%, but Lori told her that she was sticking with 25%. Kevin said that it was a tough call.

Lori saw that Mai was struggling, and told her that she would meet her halfway. Lori offered 22.5%. Mai considered, and told her that she would accept the offer. Mai wanted to partner with Lori since she found out that she was going on the Shark Tank. After Lori and Mai had hugged, Barbara told Mai that her hair looked good. Mai thanked her and said that she’d been able to achieve that ever with no mirror. Mai danced as she walked offstage. In her exit interview, she said that her parents, who supported her from the beginning, were going to be jubilant that she was able to secure a deal. Back in the Shark Tank, Kevin said that he really liked her as an entrepreneur. The Sharks all agreed.

CreaProducts Now in 2018 – The After Shark Tank Update 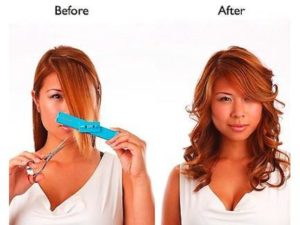 Since her Shark Tank appearance, Mai has been a busy woman. After the episode was aired, traffic to her site exploded, and her sales volume went up 5000%, according to CreaProduct’s Instagram account. Mai Lieu was also featured as the cover model of Honokaa 2017 pinup calendar. In addition to running her business, Mai has been trying her hand at motivational speaking. In August of 2016, she was speaking about business in Calgary, Canada. If you’d like to purchase a CreaClip for yourself, you can head on over to their website.