What Happened To Dee Snider – Now in 2018 Update 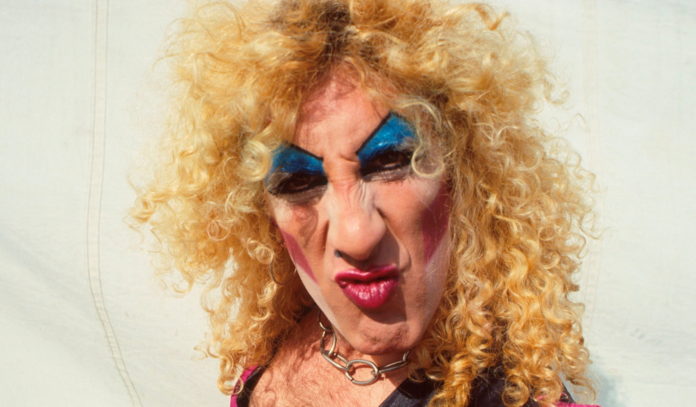 With hits like “We’re Not Gonna Take It” and “I Wanna Rock”, Twisted Sister’s Dee Snider may very well be the iconic voice of classic rock. With big hair, big personality, and drawing ever bigger crowds throughout his career, both Snider and the band Twisted Sister have become legends of hair metal and arena rock. But what is this rock star (and his signature mane) doing now in 2018? Here we intend to find out.

Before putting on gobs of makeup and rocking shows from Baltimore to Berlin, Daniel “Dee” Snider was born in Astoria, New York to a State Trooper and a retired Art Teacher. Raised in an Episcopalian fashion (despite his father being Jewish and mother being formerly Catholic) during the 1950’s and 1960’s, Dee Snider first started performing music in the choir halls of the church. He would also end up performing for his high school choir team, and be admitted into the All-State chorus.

After graduating high school, Snider would go on to form several smaller rock bands, with very limited success. This would continue from 1973 to 1976, until he met the guitarist of Twisted Sister, Jay French, and was admitted into the band in 1976. Quickly, Dee proved himself as not only a lead singer, but the primary songwriter of the band.

Dee’s start with Twisted Sister would be a comparatively slow one, with the band making limited progress in terms of a record deal for nearly 6 years. However, with consistently impressive performances around the Manhattan area, Twisted Sister would eventually gain the interest of the independent Secret label from London. Secret themselves had fallen on hard times, so the 1982 release of Twisted Sister’s debut album, “Under The Blade” hadn’t come a moment too soon. With Dee Snider’s vocals taking lead, the album would be met with extremely positive reviews, a new fan base in the United Kingdom, and would revitalize their new label substantially. While only making it to the top 40 in any worldwide chart (New Zealand, as it happened) three years later, this would prove to be a great launching point for the career of Dee Snider.

In under a year, “You Can’t Stop Rock ‘n’ Roll” would be released as the band’s second album with similarly high praise from critics, and significantly better placement in both UK and USA charts. It would some ten years be later certified RIAA gold. Their third album, “Stay Hungry” would dip slightly in critic review, but have over 6 times the sales of the previous record, landing multi-platinum status and have some of the most iconic songs from Dee, including “I Wanna Rock” and “We’re Not Gonna Take It”.

For Dee, this skyrocketing popularity would see him transfer from strictly on the stage to also on screen as MTV would ask him to host the premier of “Headbangers Ball” a show focusing on the artists and metal news. This would help cement Snider as one of the key figures in Metal culture at the time, and would lead him to be a major figure in the fate of music in general in regards to censorship.

After the release of “Come Out and Play” and subsequent tour, which gained less than stellar attendance and ratings, Dee would be called to testify before the Senate alongside figures such as Frank Zappa and John Denver. In a Senate hearing primarily started on behalf of Tipper Gore (wife of Al Gore) and her organization the Parent Music Resource Center, the trio would testify against the proposed rating system of the group as an overreaching of powers. What would result is a compromise of sorts, with explicit songs and albums receiving a generic “Explicit Content” warning, as opposed to the categorical lettering system recommended by the PMRC.

After his testimony for the Senate, Dee would go on to record one more album with Twisted Sister, despite wanting to have done so as a solo venture. 1987’s “Love is for Suckers” would lend itself to a very short tour before Snider would leave the band to form Desparado alongside Iron Madien drummer Clive Burr. Their only album, “Ace” would never be released by a label, though bootlegs have been very easy to come by for years.

Soon after the formation of Desparado, the band would soon separate once again, with Dee finding himself forming a new band called Widowmaker. This group, primarily composed of Snider himself, Joe Franco (who helped Twisted Sister as a drummer in previous ventures), Al Pitrelli and Marc Russel. This would be another short term project which would see two album releases that while not making mainstream buzz, did get some underground attention. By time the late 1990’s occurred, he would found a band that was a tribute to his former self, named Dee Snider’s S.M.F.’s which would get a decent number of tour dates.

During this same period in the late 1990’s, Snider would also find time to host a radio show for metal, House of Hair, that would gain audiences from over 200 radio stations. The following year would turn out to be a very odd change of pace for Dee however, as he would write several Christmas songs, one of which being performed by Celine Dion named “The Magic Of Christmas Day”. He would also take his first major thematic role as the primary antagonist in the film “Strangeland” which would allow him to fill the role of a body modification enthusiast, and serial killer.

This would turn out to be the start of a chain of acting gigs for Snider, that would include a voice over role in the hit Playstation 2 game “Jak and Daxter: The Precursor Legacy”, as well as a similar role for the hit show, Spongebob Squarepants. Oddly enough, the year after these child-friendly ventures, Snider would return and reunite with Twisted Sister to continue his musical and touring career, as well as appear frequently in both MTV and VH1 specials. Oddly enough, even Sniders eldest son (from a marriage to his wife, Suzette of nearly 3 and a half decades) would appear on MTV to host a video countdown program, MTV Rock. During the mid 2000’s, he would also begin narrating for a yearly live show, “Van Hellsings Curse” which is presented near Halloween. In the show, he guides fellow “Lost Souls” through an audioscape ranging from heavy metal to choral music, all in very dark overtones.

The next few years would prove to be a whirlwind of tours and guest appearances ranging from multiple metal bands, to Celebrity Apprentice and even Hell’s Kitchen, all while maintaining his radio career. While never shying away from the public eye, he would regain significant press during the 2012 Presidential race for actively discouraging the republican candidates from playing his music during rallies. He would also release a solo album during this year, “Dee Does Broadway” which would be a wild mix of Dee’s signature sound to the lyrics of popular broadway songs.

Recent years have seen Dee Snider take time to recollect and progress as a rock musician. In 2013, he would be honored (if one could call it that) in the form of a roast hosted by Revolver Magazine and Guitar World, which would feature many friends and colleagues.

In 2014, Dee would end up reverting into the Christmas spirit, releasing a full Christmas musical by the name “Dee Snider’s Rock and Roll Christmas Tale”, which would see generally positive reviews and allow him to tour in 2015.

As of 2016, Dee Snider has continued to be an incredibly busy man. Aside from spending time with his wife Suzette and four kids, he has also found time to continue his own solo work, just recently releasing a new album, “We Are The Ones” which is, as to be expected, receiving quite positive reviews. He is also making regular radio appearances across the nation on rock stations, and providing a good laugh every now and again with some lighthearted controversy. Most recent of these controversies was singing “We’re Not Gonna Take It” alongside a fan and the Trump family, despite not giving permission for the song to be used by Republican candidates in the past. When questioned on Twitter, he explained that it was a charity event, and raised over $50,000 for a children’s cancer fund. It is also rumored in the near future there will be yet another Twisted Sister tour, probably also including Bent Brother, which is their own self cover band. One thing is for certain though, whether on his own or with a band, Dee Snider still has plenty of rocking left to do.