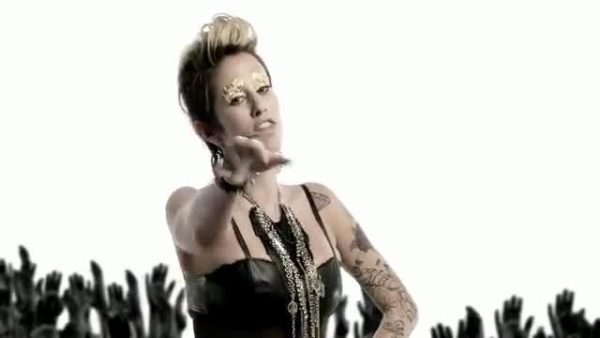 Making waves with her provovative music video and electropop sound, Dev seemed to jump into the public eye with her hit “In The Dark”. Since then, Dev has become a noted singer, model, and quite the radio personality, jumping from station to station promoting her music and having a good time. But what has she been up to in 2018? Here, we aim to find out.

The Development of Dev

Before taking her stage name, Dev was born Devin Star Tailes to a real estate agent and a painting contractor on July 2, 1989. Initially seeming to be born an athlete, by the age of four Devin had joined the U.S. Olympic Development Program for swimming. It would not be until high school in Manteca, California that she would start developing a taste for performing music. However, it would seem her love of hip-hop and pop started much earlier, as she has claimed that her inspiration to start working on music came from a copy of the Marshal Mathers LP by Eminem that her father had given her at age nine. In particular, she admired how he would not stick to just what was typical for the genre, but explore concepts and sounds that were novel for hip-hop and music in general.

Dev’s big break would wait until 2009, when a friend posted an Amy Winehouse song “Blonde Trick” onto MySpace. Inspired, she used the instrumental of the song to make a diss track against one of her ex boyfriends, which ended up making its rounds among her friends and eventually catching the interest of the then hip-hop duo, The Cataracs. Before long, the trio would begin recording in Berkeley, California.

As her work with the Catracs became more constant, Dev would end up dropping out of college to work full time with the pair and eventually relocated to Los Angeles. This would quickly lead to her first big single, “2Nite” which would make its rounds on the Hot Dance charts and gain the attention of other artists.

By 2010, Dev had been contacted by and given permission to the Far East Movement to use her vocals as a back track to “Like A G6” which would go on to be a #1 hit on the charts. During this same point in time, the would also get 2 more singles onto the charts, “Bass Down Low” and “Backseat” which gained her quite a bit of name recognition and a record deal with Universal Republic. This would allow her to gain a significant number of fans In both Canada and the United Kingdom, where her songs would land in the top 10 of each of their respective charts for dance music.

2011 would see another jump in popularity for Dev, as she would release yet another hit single, “In The Dark”. This song would gain notoriety as both an infectious dance song, and a somewhat bizarre and controversial music video, with a fair number of frames with the star nude, save the cover of a few hands painted black, and Dev walking through what appears to be a forest of hands. This would again be a huge hit in mostly Commonwealth countries, alongside Denmark and the United States. During the same year, she would end up marrying her fiancé Jimmy Gorecki and give birth to a daughter, Emilia Lovely. Due to her fame, MTV found promise in a special that showed Dev being both mother and performer, as well as handling her daughters Gastroschisis (a condition that weakens the abdominal wall to the point to allow a small amount of their contents to protrude from the body).

She would leverage this popularity to release her debut album, “The Night The Sun Came Up”. The album, which was recorded in Costa Rica (as a way to remove the sounds of nearby traffic and clear the groups minds) would go on to see moderate success. This would in turn be followed by chart topping appearances with Demi Lovato and JLS.

Focusing again on her own musical style, Dev would take to Twitter to release two singles, “Poison” (a cover of Bell Devoe) and “Call Me” (a Blondie cover). These would be the last solo works by Dev for a while, as she would team up to work on albums for David Guetta, Timbaland, Eric Saade, and even Enrique Iglesias. This part of her career would last until 2012, when it was announced at Lollapalooza that she would be working on her second album, although this would not come to fruition until she left the then fading Universal Republic label in 2014.

Fall 2014 would see the upstart of Rica Lyfe, Dev’s new label, and by the start of 2015 her next album “Bittersweet July” , split in two parts. Both would end up peaking just above the top 20 in the dance charts, despite both albums being under 20 minutes long. Her next hit on the charts would place her at number 8 with “Electric Walk”, singing lead vocals with the electronic house artist and producer, Nytrix.

2016 would start with Dev releasing first a teaser, then the full single “Lowkey” which is to be part of her new Beats1 Album series. In February, she would find time away from her limited concert schedule and frequent radio appearances to be the lead vocalist in Sander Kleinenberg’s “We Rock It”, which topped the House charts. Most recently, as of August 2016, Dev has signed with the RECORDS record label and released yet another new single, “#1” featuring Nef The Pharaoh.

While her official site lists now new concert dates, it is expected for Dev to make her rounds yet again after the release of her new album. In the meantime though, she will likely be frequenting Pop and Electro/House stations as a means of promoting her new singles and interacting with fans.