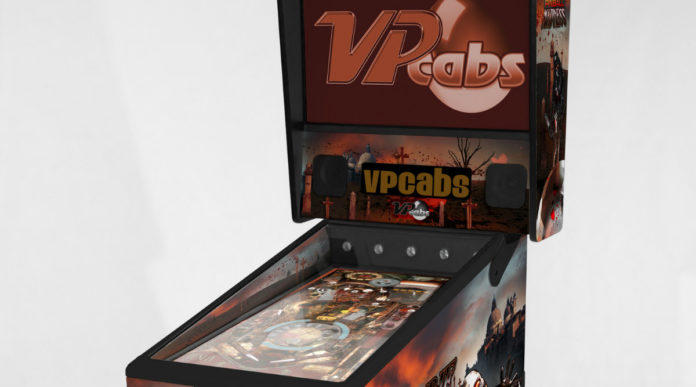 After working for fifteen years in the audio/video industry, Brad Baker’s brother asked him to do him a favor. He owned a large arcade, and one of his pinball machines stopped working. The brother asked Brad to see if he could make the machine digital, and Brad was up to a challenge. After taking the time to figure out the logistics, they were able to craft a prototype of what would become VPcabs. Brad didn’t think about it as a business until he started getting requests for more and more machines. Would the Sharks want to get in on it too? Let’s take a look. 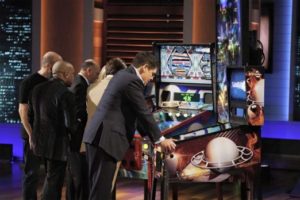 Brad Baker walked out onto the stage and faced the Sharks with his magnificent beard and VPcabs t-shirt. He introduced himself and requested $200,000 in exchange for 10% of the company. Brad asserted that many people enjoy all of the different aspects of classic pinball games, like the sounds and the lights. He said that once modern video games took over, pinball machines went the way of the dinosaur. His company, VPcabs, allows players to enjoy hundreds of pinball games, all on one revamped pinball machine. According to Brad, he took a “traditional pinball cabinet” and replaced it with a “high-end gaming computer, “ as well as LED screens. This would allow the user to choose which game of virtual pinball they wanted to play.

“With advanced physics coding,” Brad began, and then he faltered. He paused for an uncomfortable amount of time, and it looked like he forgot his speech. Kevin told him not to mess this moment up because it was the biggest one of his life. Brad laughed nervously and continued. He told the Sharks that even though it was virtual, the user felt like they were actually playing with one of the old-school machines. He went up to one of the VPcabs cabinets and started pressing the side buttons. The machine made all the usual noises you would expect from a pinball machine, and Brad said it shook like the real ones as well. He elaborated, saying that the user could tilt the device, and the ball would move accordingly. Daymond looked fascinated. You could tell he wanted to join in, and play.

Brad told the Sharks that VPcabs were more economical for the buyer because you only had to purchase one machine to get access to hundreds of games. The camera panned over a smaller machine that fit on a table and looked like it might be for home use.Brad said that the machines were easy to update because they were connected to an internet network. Brad invited the Sharks to come up to the stage and try out the machines, and Mark, Daymond, and Robert jostled over who would go first. Brad told them that they could choose a game, and then press launch to start playing. Mark said that he liked it better than traditional pinball, and Lori declared that it was pretty cool. Robert and Daymond walked back to their seats when they lost their games. Mark lost his a bit after, and reluctantly followed them. Brad said VPcabs was more versatile since it could do things that traditional pinball couldn’t since it was on a digital platform. Kevin stated that he had many questions.

Kevin asked if Brad was marketing the machines to average consumers, or if he was looking to sell them to commercial establishments. Brad launched into the origin story of the business, telling the Sharks that he had built a prototype for his brother’s arcade, and then began to get custom orders. He started to tear up as he talked about his home theater business was starting to struggle as the economy was crashing. He said that he almost lost his house in the process, but he was able to go to his bank and pay his mortgage in cash with the money he made from making the pinball machines. Robert seemed very impressed and asked him about his total sales. Brad told him that he’d sold 200 units in a year and a half. He’d said that he sold the first machines for $4,000 to $5,000. That totaled to almost $750,000.

The Sharks seemed impressed. Lori asked how much he was currently charging per machine, and Brad told her $3,000 to $9,500. Kevin and Daymond looked shocked, so Brad told them that his most popular machine by far was $7,995 retail.Mark wanted to know how he was selling them, and Brad said that it was through trade shows. He said that he left with $100,000 on his best trade show weekend. Kevin asked him to walk the Sharks through his business model. Kevin was expecting a 50% profit margin since Brad was retailing the VPcabs machines directly to consumers. Brad said that the highest selling machine cost $2,686 in materials. He did not mention labor costs. Lori wanted to know if his work was “protectable,” and Brad told her that he didn’t think that he had any direct competitors with the same quality. The cabinets were custom cut on a machine that the two brothers designed, and they had a powerful gaming computer on each machine.

Brad said that he believed that he had a product that he would be able to scale beyond the average pinball game buyer since each cabinet could house so many games. Robert let him know that he personally owned ten pinball machines, and VPcabs machine felt better than his. Brad thanked him. Robert said that the problem was that kids would not like the pinball games as much as they would other online and console games. Brad insisted that kids made up a large part of the line at his trade show booth. Robert said that kids should not be the target audience. He stated that the target audience would be older people who liked the nostalgia of the pinball games. Brad argued that parents were always buying the machines for their kids.

Lori told him that it was a great idea, and she was glad that it helped him get out of a rough situation. She too thought that he was marketing it wrong since kids had handheld gaming systems with a broad range of games. She did not see the business scaling up on that level since there were so many other gaming options. She went out as Brad tried talking above her that VPcabs was the future of pinball. Brad thanked her for her time. Kevin said that he needed to bring some reality to Brad’s numbers. He stated that the business was break-even, and therefore not worth the two million dollar valuation that Brad was requesting. Kevin said that it was not an investable business since Brad had no way of paying him back. Brad told him that he appreciated his input, but he disagreed. Kevin went out.

Robert addressed Kevin, saying that the business was still young and growing. He did not care about the profitability yet. Kevin insisted that there was nothing proprietary about VPcabs, and Brad interjected, saying that he believed that he would get some patents. Robert stated that the real issue was that Brad didn’t make the software component, which Robert thought was the most vital. Brad indicated that he would like to get to that point. Robert wanted to know how Brad was planning on doubling his sales, and Brad told him that he wanted to start going to trade shows out west. He also wanted to start going after distributors, as Vpcabs was only in a couple of stores. Robert said that he didn’t think that kids were going to buy it, and he wished that Brad’s strategy was different. Brad stopped him before he could go out. He said that he thought he could get into big places like Dave and Buster’s, who had given up on pinball because of the high maintenance costs. Robert did not agree and did not share the vision for the commercial side. He went out.

Mark said that he was trying to find a reason to say yes. He disagreed with Robert that the VPcabs machines were more of a high-end vintage commodity. He saw it as a new platform for gaming which is more interactive than what is currently available. Mark said that he wanted it to be a game changer, but it was not there yet. That was the major issue that was stopping him from investing, and he went out. Daymond was the last one standing. Daymond said that he was younger than the other Sharks, and he had video games growing up. He stated that he would be able to add value since he had a company that made similar games. Daymond saw Brad as the salesman, while his company could manufacture the product. Brad said that it was his favorite part of the business. He offered $200,000 in exchange for 30%. Brad thought about it and begged Daymond to take 20%. Daymond went to 25%, and Brad took it. Let’s see how he did after the Shark Tank.

VPCABS Now in 2018 – The After Shark Tank Update 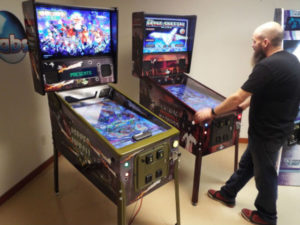 Since appearing on Shark Tank, VPcabs did increase the number of trade shows and events that they visit. It seems like customers now have the ability to download a game called The Pinball Arcade through Steam. VPcabs created a Back to the Future Pinball Machine for a charity event held at Wizard World Chicago. The event benefited the Michael J. Fox Foundation, which helps Parkinson’s research. You can check them out on Facebook, or purchase a pinball machine for yourself at their website.