What Happened to Harry Hamlin – News and Updates 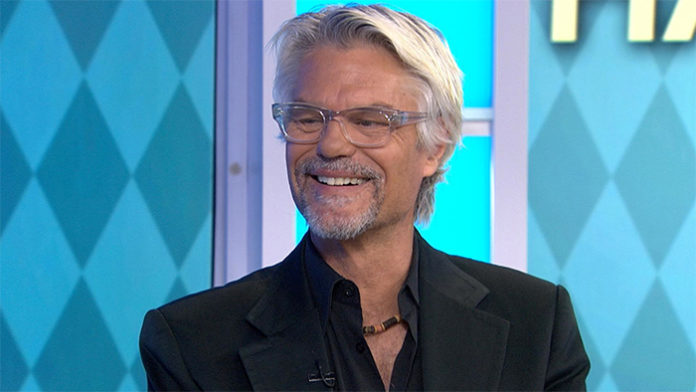 Harry Hamlin is an American actor who is most widely known for his portrayal of Michael Kuzak in the NBC drama, L.A. Law. He first realized he wanted to pursue acting after seeing the legendary Richard Burton in a production of Hamlet when he was thirteen years old. After graduating from high school, Hamlin enrolled at the University of California at Berkeley to study drama, as he was too late to sign up for his preferred choice of architecture. As things played out, he was soon following his childhood dream of becoming an actor. Wanting to further enrich himself in the art, he later took an acting program at the American Conservatory Theatre for a couple of years, prior to making his debut on the small screen in the TV film, The Taming of the Shrew at the age of twenty five.

Playing several small parts throughout the late 70’s, his big break eventually came in 1981 when he was cast as the lead character in the adventure flick, Clash of the Titansーit remains to be one of his most well-known roles of all time. A huge box office success upon its release in theatres, the film played a significant role in the launching of Hamlin’s career at the time. Since his early acting days, he has appeared in over seventy television and film projects, many of which have earned Hamlin multiple award nominations. The actor received his first Golden Globe Award nomination for “Best Motion Picture Acting Debut” in 1978 for his performance in the comedy, Movie Movie. Over the years, he has accumulated three other Golden Globe Award nominations as well as a Primetime Emmy Award nomination. In the recent years, he’s probably most recognized for his part in the legal drama, L.A. Law.

On top of acting, Hamlin has taken part in numerous variety and talk shows throughout his career including The Arsenio Hall Show (1989), The Tonight Show with Jay Leno (1993), Late Night with Conan O’Brien (1999), Hollywood Squares (2000) and The Sharon Osbourne Show (2004), to list a few. Not to mention he has also been involved with a number of documentary series such as Playboy: 50 Years of Playmates (2004), Peace Love & Bikinis (2005), and Celebrity Ghost Stores (2011). Back in 2006, he even participated as a contestant on the third season of Dancing with the Stars alongside professional partner Ashly DelGrosso, although he was voted off the competition during the third week.

A show biz veteran of forty years, what has Hamlin been up to recently? Is he still acting and filming on a regular basis? What happened to Harry Hamlin? Where is he now in 2018? 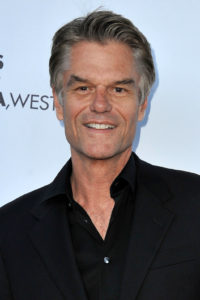 Born on October 30, 1951, in Pasadena, California, Harry Robinson Hamlin is the son of Chauncey Jerome Jr. and Bernice, an aeronautical engineer and a house wife respectively. Growing up in a fairly conservative household, Hamlin enjoyed a fairly happy childhood with his parents. When he was eleven years old, he was gifted a rather peculiar Christmas present from his fatherーa five year subscription to the Playboy Magazine. However unlike some individuals who realized their acting dreams early on in their lives, it wasn’t until Hamlin saw the famed Richard Burton in a production of Shakespeare’s Hamlet during a trip to New York that he first dreamt of becoming an actor at the age of thirteen.

As a teen, Hamlin was a student at a private boarding school called The Hill School in Pennsylvania; heavily involved with extracurriculars, he played both lacrosse and soccer during his time there and was also a member of the drama club, taking part in multiple musicals and school productions. Following his high school graduation in the late 1960’s, he went to the University of California at Berkeley where he had plans to major in architecture; however as luck would have it, he was late for his course registration and ended up taking drama as it was the only subject with slots available. A student at the university for a couple of years, he later transferred to Yale University where he eventually graduated from with a Bachelor’s degree in drama and psychology in 1974. Shortly afterwards, he enrolled in an Advanced Actor Training Program at the American Conservatory Theatre to further his acting; he later completed his training and earned a Master of Fine Arts degree in acting in 1976. 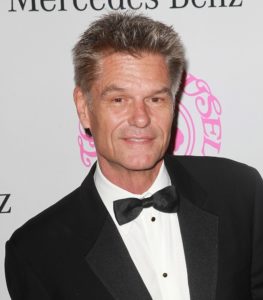 Not long after the completion of his training, he landed a small role in the TV film, The Taming of the Shrewーit was his first television appearance. Continuing to try to make a name for himself in the industry, he later received a part in a musical film called Movie Movie in 1978. Directed and produced by Stanley Donen, the film satirized multiple movie genres such as Broadway musicals and boxing with the same cast members, George C. Scott, Trish Van Devere, Red Buttons, Eli Wallach and Barry Bostwick, amongst others. Movie Movie was generally positively received upon its theatrical release in November that year, having garnered multiple awards and nominations. For his portrayal of Joey Popchick in the film, Hamlin was also presented with a Golden Globe Award nomination for the category of “Best Motion Picture Acting Debut” in 1979.

Slowly rising in popularity after his on-screen role, he soon received a breakthrough in his still budding career when he was cast as the lead protagonist in the fantasy epic, Clash of the Titans. A retelling of the Greek mythological tale of Perseus, the film revolved around the demigod, as he fought against those from the underworld in attempts to stop them from conquering both earth and heaven. While Hamlin played the starring part of Perseus, actor Laurence Olivier portrayed the role of his father, Zeus; other cast members in the movie include Maggie Smith, Judi Bowker, and Burgess Meredith. A box office success, Clash of the Titans grossed $41 million from a $15 million budget and was the eleventh highest-performing film of its year. Hamlin’s first time playing a title character, he received much praise for his performance on screen; to this date, it remains to be one of the actor’s best-known roles of all time.

From there, Hamlin appeared in several smaller movies such as King of the Mountain (1981), Making Love (1982), Blue Skies Again (1983) and Maxie (1985). In 1985, he also landed a recurring role in the mini-series, Space where he appeared for a handful of episodes. After playing multiple minor parts in various films, he received his next break in 1986 when he was cast as a protagonist Michael Kuzak in the NBS legal drama, L.A. Law. Created by Terry Louise Fisher and Steven Bochco, the series revolved around a fictitious law firm based in Los Angeles and its employees; in it, Hamlin played the character of Kuzak, a partner of the companyーhe went on to reprise his role for five seasons before departing from the series.

Other members of L.A. Law‘s star studded cast include Leland McKenzie, Douglas Brackman Jr., Ann Kelsey, Arnie Becker, Grace Van Owen, amongst others. Attracting millions of viewers every week during its run, the show is also noted for its great influence on how citizens of the country view its lawyers and law. Highly popular, L.A. Law won countless awards including fifteen Primetime Emmy Awards. For his portrayal of Michael, Hamlin also received three Golden Globe Award nomination for “Best Performance by an Actor in a Drama Series”. 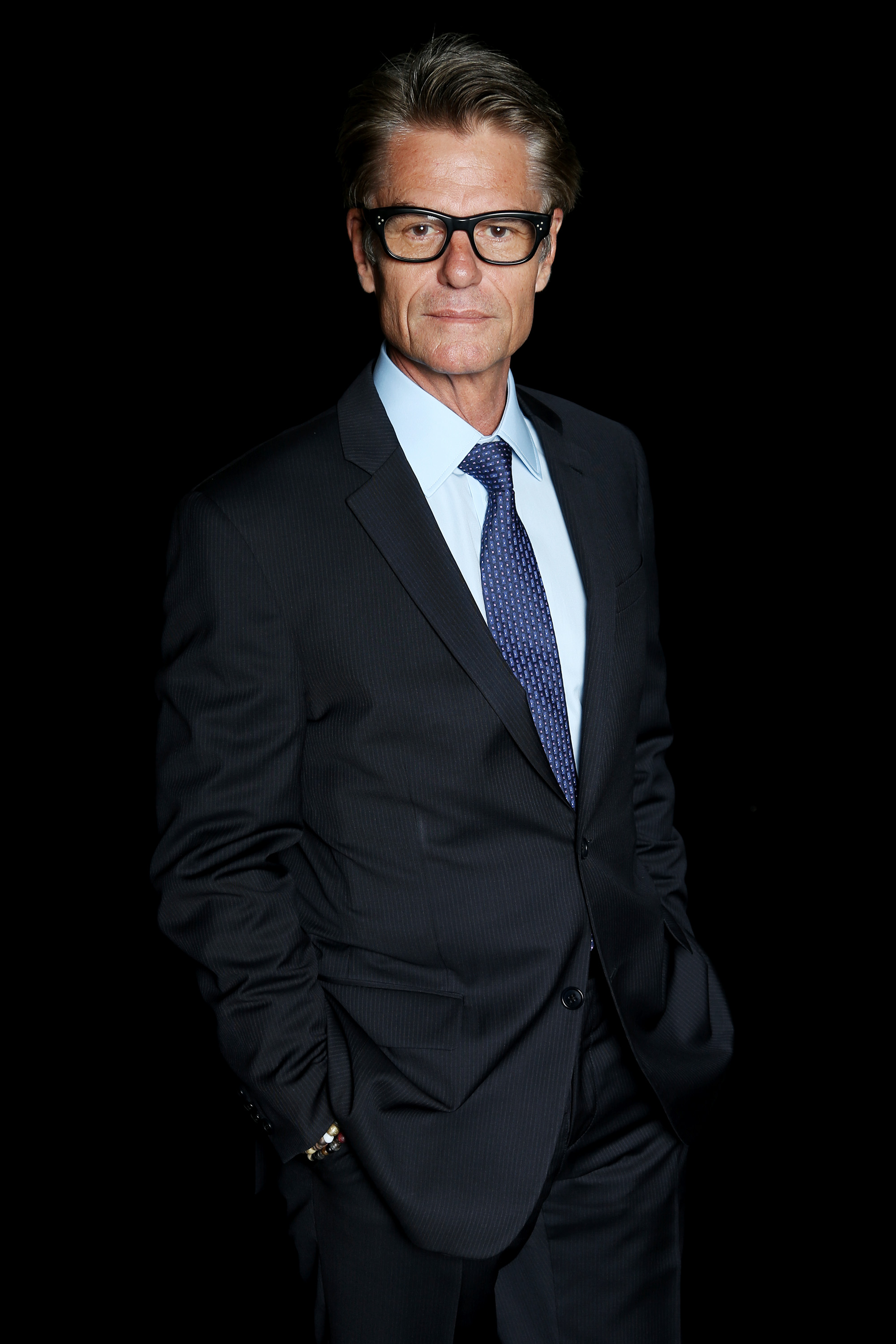 Falling back to playing a variety of supporting roles on television over the next decade, Hamlin appeared in a series of TV films including Laguna Heat (1987), Dinner at Eight (1989), Deliver Them From Evil: The Taking of Alta View (1992), Poisoned buy Love: The Kern County Murders and Badge of Betrayal (1997), the list goes on. It wasn’t until the end of the 90’s that he returned to primetime television in the American sitcom, Movie Stars, which also starred actors Marnette Patterson and Jennifer Grant. First premiered on The WB Network in July 1999, it continued for two seasons before ending in the summer of 2000. In it, Hamlin played the role of Reese Hardin, a famous actor who tries to raise his children alongside his wife, who is also an actress.

In 2013, the actor got yet another break when he was added to the regular ensemble cast of the period drama series, Mad Men during its fifth season. Set in the 1960’s, the show told the story of one of the most prolific advertisement companies in New York, and its extremely talented executive, Donald Draper. Met with widespread critical acclaim, Mad Men has been commended by critics alike upon its release for its writing as well as its historical authenticity. Described as groundbreaking by a New York Times reviewer, the series was a critical success ever since its premiere in July 2007; it won copious amounts of awards and nominations during its air on television including four Primetime Emmy Awards for the category of “Outstanding Drama Series”. Applauded for his acting in Mad Men, Hamlin also received an Emmy Award nomination for “Outstanding Guest Actor in a Drama Series” in 2013. 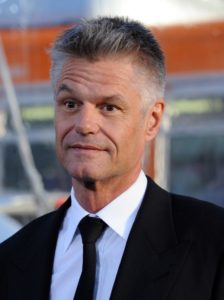 Although he hasn’t starred in any major television drama series since Mad Men, Hamlin has guest appeared in two episodes of the American sitcom, Mom earlier this year. Initially premiered in September 2013 on the CBS Network, the Emmy Award-winning show follows the life of protagonist Christy Plunkett, a single mother who decides to restart her life in California after having battled against drug abuse and alcoholism in the past. Having received high ratings ever since it first hit the screens, Mom is known for incorporating many themes of real life situations such as teen pregnancy, domestic violence, homelessness and homelessness. The show’s third season recently ended earlier this spring; a fourth season is scheduled to premiere on October 26, 2016.

Aside from television, it looks like Hamlin will also be featured in an upcoming drama film, The Unattainable Story which is currently in the post-production stages. Directed by Emilia Ferreira, the movie will revolve around a stage director, who finds himself grappling with existential issues after the line between fantasy and real life begins to blur in his production. According to its imDB page, Hamlin will be playing the role of David; other actors who will be making an appearance include Irina Bjorklund, Kevin Kilner, Edoardo Ballerini and Caprice Benedetti. While no official release date has been announced as of yet, we can probably assume that it will come out sometime next year in 2017.

Looking for a way to stay connected with the veteran actor of L.A. Law fame? Why not follow Harry Hamlin on social mediaーyou can find him active on his Twitter account under the username @harryrhamlin!