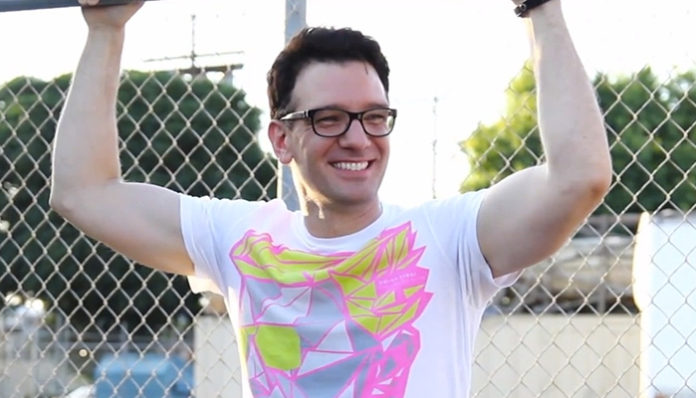 JC Chasez is an American singer who is best known for being a member of the boy band, N’Sync. As a young boy, he loved to dance although he was extremely shy; he eventually got over his shyness once he began to sing, an activity which quickly became a second passion for Chasez. When he was thirteen years old, he won a national dance competition and was soon offered a spot on the children’s variety series, The Mickey Mouse Clubーit was there that he befriended eventual bandmate, Justin Timberlake. After a few years of playing as a Mousketeer, the two friends decided to form a singing group called N’Sync together in 1996 alongside Lance Bass and Joey Fatone. With Chasez and Timberlake acting as the lead vocalists, the quintet released their debut album NSYNC the following year in 1997.

An immediate hit upon its release, the boy band was quickly propelled into pop stardom as their self-titled album sold over one million copies across the country. Chasez and the rest of his bandmates later also took off on their first concert tour that year in support of their album release. From there, they eventually released two more studio albumsーNo Strings Attached in 2000 and Celebrity in 2001. One of the most popular pop groups during the late 90’s and early 2000’s, N’Sync won numerous awards during their time together including eight Teen Choice Awards, seven MTV Video Music Awards, two Blockbuster Awards, two RIAA Diamond Awards and two American Music Awards, amongst a handful of others. Nominated for seven Grammy Awards, the group has sold more than 50,000,000 records throughout their careerーmaking them the eighth best-selling boy band in American history.

After the disbanding of N’Sync in 2002, Chasez embarked on a solo music career and released his debut album entitled, Schizophrenic in 2004; a second album release soon followed in 2007. Besides his accomplishments in the realm of music, the singer has also worked as an occasional actor over the yearsーin fact, considering how he was a cast member on The Mickey Mouse Club, he appeared on the small screen even prior to ever stepping foot inside a recording studio! Aside from the disney series, he has also took part in Longshot (2001), Greetings from Tucson (2003), Ghost Whisperer (2006), Las Vegas (2008), Killer Movie (2008) and 21 and a Wake-Up (2009), to list a few. Sticking to his dance roots, Chasez was also a judge on America’s Best Dance Crew for five years from 2008 until 2012.

So what has the former N’Sync member been up to these days? Is he still recording music or has he put that aside in the recent years? What happened to JC Chasez? Where is he now in 2018? 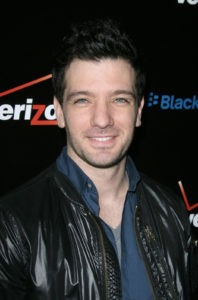 Born on August 8, 1976, in Bowie, Maryland, JC Chasez (Real name: Joshua Scott Chasez) is the adoptive son of Karen and Roy Chasez, an editor and a consultant at a technology company respectively. Although they couple initially served as the boy’s foster parents, they were eventually entrusted with his care when Chasez was five years old. As a young child, Chasez loved to dance and was known for often showing off his dance moves in the family home; however despite his passion in performing, he was extremely shy. It wasn’t until he developed a second interest in singing that he soon began to shake off his shy behaviour. Quickly advancing as a dancer, Chasez participated in a national dance competition when he was thirteen and took home the winner’s trophy. From the win, he was later offered a position on the Disney variety series, The Mickey Mouse Club in 1991 at the age of fifteenーit is there that he met future bandmate, Justin Timberlake.

Coming together with their mutual love for music, Chasez and Timberlake eventually decided to form a boy band after the end of their Mousketeer days in 1995. Calling themselves N’Sync, they acted as the group’s lead vocalists and also recruited the help of Lance Bass and Joey Fatone. With everything set in place, the quintet soon began songwriting and released their self-titled album, NSYNC in the spring of 1998 (although it was initially released a year earlier in Germany in 1997).

JC Chasez’s Music Career as a Member of N’Sync 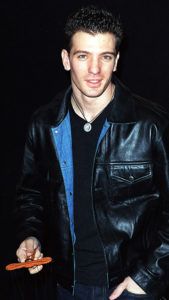 Released under RCA Records in March 1998 in the US, their debut album was a collaboration effort with a number of music producers including Veit Renn, Johnny Wright, Max Martin, Kristian Lundin, and various others. Noteworthy is the fact that NSYNC was released in Germany prior to being made available in the US; a major hit, it charted amongst the top ten in five different European countries and quickly launched the group into celebrity status across the continent. In their native United States, the album entered the Billboard 200 Chart at number two, where it remained comfortably for three weeks; it also peaked at number thirteen on the Top Catalog Albums Chart. For the American album release, Chasez and Timberlake performed most of the vocals of the songs, with the former having soloed Sailing, Sundreams and For the Girl Who Has Everything. In support of NSYNC, the boy band also regularly performed concert tours, which helped to boost album sales tremendously. Certified 10x Platinum the the US, over 15,000,000 copies of the album have been sold worldwide, with close to 10,000,000 of them being in the US.

After a tedious legal battle with their former manager Lou Pearlman, whom the group believed to have partaken in illicit business practices, they released their second studio album entitled No Strings Attached in March 2000. Met with groundbreaking success, it soon became the boy band’s most popular and best-performing album (to date). Stepping away from their previous teen pop style, the album incorporated both R&B and pop style sounds in attempts to distinguish itself from the music of other artists. Similar to their debut effort, No Strings Attached was favourably received from contemporary critics and topped the US Billboard 200 Chart shortly after its release, selling a record-breaking 2.4 million copies within the first weekーthe record ultimately lasted for fifteen years before American artist Adele surpassed the amount in 2015.

A diverse body of work, the album featured twelve songs, one of which featured fellow artist Lisa Lopes (aka Left Eye). Four hit singles were eventually spawned from the release including This I Promise You, I’ll Never Stop, Bye Bye Bye and the chart-topper, It’s Gonna Be Me. To promote and support their new album, N’Sync also embarked on a No Strings Attached Tour, which brought them to multiple cities across North America. A highly successful concert tour, tickets quickly sold out within the first day; earning over $70,000,000, the tour soon became the second-highest grossing in the continent. No Strings Attached have since sold close to 13 million copies in the US, earning it Diamond status from the RIAA.

Following the success of their second effort, N’Sync released their next full-length album, Celebrity in July 2001. Their second record under Jive Records, it proved to be another overnight success, having entered the US Billboard 200 at number one, with close to two million sales within the initial week of release. In contrast to their preceding albums, the group was much more involved in the songwriting and producing of Celebrity, in attempts to express more creative control over its contents. Praised for its music variety, it was described by critics at Allmusic to be “one of the best [albums] of the teen pop boom of 1999-2001”, effectively earning itself a close to perfect score of four and a half stars. Although it was not as successful as its predecessor No String Attached, it still managed to attain the spot of being the second-best album in terms of debut week sales.

The group’s third top ten album in a row, it consisted of thirteen tracks including Pop, Gone and Girlfriend which were released as hit singles. Similar to the earlier years, N’Sync also supported the album release with a concert tourーtwo of them, in fact. The first, coined PopOdyssey began in the spring of 2001 and ended later that fall, grossing over $90 million; it was shortly followed by the Celebrity Tour which took place in 2002. Another multi-platinum album for the group, Celebrity has since achieved over five million sales in the US.

During the spring of 2002, N’Sync announced that they were going to be under a “temporary hiatus”; despite that however, it was later confirmed by Lance Bass that the band had “definitely broken up” in 2007. Three years after the release of the group’s last album Celebrity, Chasez went on to pursue a solo music career and released his debut album, Schizophrenic in February 2004. Although it was met with generally mixed reviews from critics, some did praise it for stepping out of the box with different genres. Given a modest B- rating from Entertainment weekly, the solo album consisted of seventeen pop rock songs, two of which were later released as singles. Schizophrenic peaked at number seventeen on the US Billboard 200 Chart and have since reportedly sold over 121,000 copies in the United States.

What has JC Chasez Been Up to Recently in 2016? 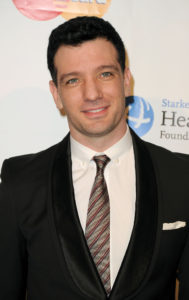 Although N’Sync hasn’t seen any new music since 2001, fans had a reason to be excited this summer as the group reunited in celebration of Chasez’s 40th birthday. The second oldest member of the former pop band, he was also the second to reach the milestone, after Kirk Patrick’s fortieth birthday four years ago; the rest of the long-time friends are still in the thirties. Undoubtedly a fun reunion for the quintet who hasn’t gathered together in many years, a photo of their smiling faces was later uploaded onto Twitter by Patrick. A casual party, the group rented out a local restaurant and had themselves a good timeーsinging “Happy Birthday” to the man of the hour was of course, included in the itinerary for the event!

In other news, Chasez recently appeared in a musical comedy called, Opening Night this summer alongside actors Topher Grace, Anne Heche, Alona Tal, Taye Diggs, Rob Riggle and Lauren Lapkus. Directed by Isaac Rentz and written by Greg Lisi and Gerry De Leon, the film follows the life of a former Broadway singer, who finds himself trying to save the opening night of his new production, by trying to maintain peace with his crew and cast members as a production manager. The film first premiered on June 3, 2016 at the Los Angeles Film Festival.

Are you a long time N’Sync fan? Wondering what the former lead vocalist has been doing lately? Why not keep up to date with the star by following him on social media (yes, the singer does have an online presence!)ー you can find JC Chasez regularly active on his Twitter account under the username @JCChasez!