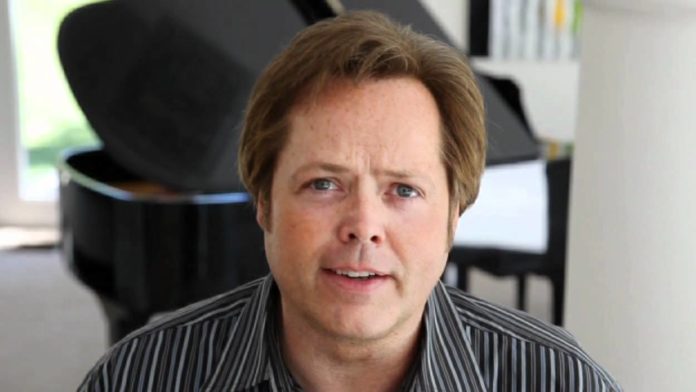 Jimmy Osmond is an American singer who is best known for being the youngest member of the vocal group, The Osmonds. Alongside his eight siblings, he sang barbershop music as a young child and eventually achieved mainstream success as a teen idol during the 70’s. Initially a quintet, the brothers welcomed Jimmy and their sister Marie into the ensemble in the late 60’s. Quickly achieving fame, The Osmonds began touring Europe and even sang on stage with Lars Lonndahl, one of Sweden’s most popular singers at the time. After signing a recording contract with MGM, they recorded and released a number of songs, one of them being the number one hit, One Bad Apple (from their album Osmonds). Critically acclaimed, Jimmy and his siblings even had their own Saturday morning cartoon at one point in the early 70’s!

Throughout the years, The Osmonds have came out with more than forty singles and over twenty full-length albumsーmost of which were released during the peak of their popularity in the 70’s. At the height of their career, the siblings released multiple Gold certified albums including Osmonds (1970), Homemade (1971), Phase III (1972), The Osmonds Live (1972), and Crazy Horses (1972). Honoured with a star on the Hollywood Hall of Fame for their achievements in the industry, the group also received a People’s Choice Award for Favourite Musical Group in 1974. Shortly after the release of their 1973 album The Plan, Jimmy began to emerge as a solo music artist; following his number one hit Long Haired Lover from Liverpool in 1972, his fame practically soared through the roofーespecially in Japan. The youngest Osmond brother later released his solo debut album entitled Little Jimmy Osmond in 1972; it was soon followed by Killer Joe later that year. To date, he has brought out six full-length albums into the market.

On top of being an accomplished musician, Jimmy has also starred on television multiple times throughout his career. When he was twelve, he lent his voice to a character in the 1975 animated film Hugo the Hippo; a few years later, he landed a minor role in the film The Great Brain (1978). From there, he went on to appear in the musical drama Fame (1982) and the comedy romance, The Love Boat (1982). In the more recent years, Jimmy has been featured in a number of reality series such as Dancing with the Stars (2007), Popstar to Operastar (2010), The Wright Stuff (2009), and Loose Women (2013). Did we also mention that he authored a children’s book called Awesome Possum Family Band in 2014?

So what has the youngest member of The Osmond Brothers been up to recently? What has he been working on? What happened to Jimmy Osmond? Where is he now in 2018? 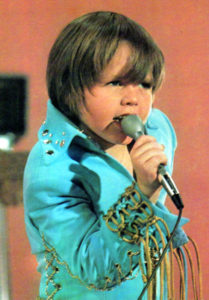 Born on April 16, 1963, Jimmy Osmond is the youngest child of parents Olive and George Osmond. He has eight siblingsーWayne, Alan, Tom, Jay, Merrill, Marie and Donny Osmond; he is the only one to not have been born in Ogden, Utah, the family’s hometown. Of Danish, Irish, German-Swiss, Welsh, Dutch and English ancestry, they all learned martial arts, karate more specifically, under Chuck Norris. Surrounded by music growing up, he first joined his brothers in on-stage when he was three years old. Before he was even born, Jay, Merrill, Alan and Wayne began performing barbershop music as The Osmond Brothers in the late 50’s for local audience members; Jimmy and Donny were later invited into the ensemble.

Despite their young ages, the group’s popularity already began to rise by the late 60’s; they eventually began singing on various television shows including that of The Andy Williams Show, where they sang and performed with Andy Williams. After the demise of the series, they moved on to star on The Jerry Lewis Show, where they remained until the end of the 1960’s. With the explosion of bubblegum pop groups such as the Jackson 5 in 1970, The Osmonds became obvious candidates for pop music stardom. Later that same year, The Osmonds (renamed after the addition of their sister, Marie) were discovered by music producer Mike Curb, who had saw them perform at a local show. Recognizing their vocal talent and instrumental capabilities, he ultimately helped the siblings to secure a recording deal with MGM. 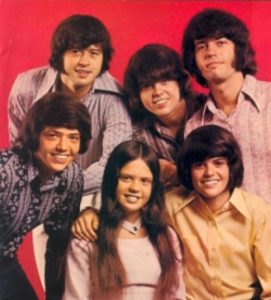 With the help of a songwriter named George Jackson, the group soon released a single called One Bad Apple (Don’t Spoil the Whole Bunch). Although it was originally written by Jackson with the Jackson 5 in mind, it was eventually given to The Osmonds. Upon its release in November 1970, the vinyl didn’t enter the US Billboard Hot 100 Charts until January 1971ーby February, the single had reached number one on the chart, where it ultimately stayed for a period of five weeks. A smash hit, One Bad Apple (Don’t Spoil the Whole Bunch) were successful at establishing the group as recording stars after close to ten years of being in the public eye. Ranked as being “The 4th Best Song of 1971” by Billboard, it also topped the Cash Box Top 100 and Adult Contemporary Charts in their native United States; in Canada, it also reached number one on the RPM Chart. Critically acclaimed, the single attained Gold certification form the RIAA for selling over one million copies as of we February 1971.

The hit single was also simultaneously accompanied with the release of their debut album, Osmonds. Produced by Rick hall, the bubblegum pop album contained ten tracks including Sweet and Innocent, He Ain’t Heavy, He’s My Brother, Find’em Fool’em and Forget’em, amongst others. Although it garnered modest reviews from critics, having been given with a three star rating from Allmusic, it successfully charted making its way to number fourteen and number thirteen on the US Billboard 200 and US Top R&B Albums Charts respectively. Often compared to the works of the pop group Jackson 5 at the time, Osmonds was certified Gold in September 1971 for achieving over one million units in sales.

Carrying on with a steady stream of music, Jimmy and his siblings released a song called I Can’t Stop in March 1971. Written by Wes Farrell and Jerry Goldstein, it didn’t chart until its 1974 re-releaseーalthough it wasn’t a hit in the United States, it managed to reach number twelve on the UK Singles Chart. A few months later, The Osmonds released their next successful single Yo-Yo in June 1971. A cover of Billy Joe Royal’s original 1966 song, it eventually reached the number three spot on the Billboard Hot 100 Chart in October of that year. Having gained traction in a couple of other countries, Yo-Yo also charted in Australia and Canada where it reached number eighty-seven and number one respectively. Shortly after its release, the single became the siblings’ second Gold certified track.

In January 1972, The Osmonds released another single entitled Down by the Lazy River. A song from their second studio album, it peaked at number four on the Billboard Hot 100 two months after its release; it also spent a couple of weeks at number three on the US Cash Box Top 100 Chart. Met with acclaim, Down by the Lazy River also became a chart-topper in the Netherlands and in Canada; in the UK, it peaked at number forty. Not only was it listed as “One of the Top Hot 100 Songs of 1972” by Billboard Magazine, but it was also ranked as being “The No. 30 Best Song for the Year” by Cash Box. In March 1972, the pop rock single was certified Gold by the RIAA after selling over one million copies in the country.

Jimmy and his siblings released their next big studio album, Phase III that same month. A deviation from their previous works, it incorporated elements of hard rock compared to their earlier bubblegum pop. Featuring more original material, the album peaked at number ten on the Billboard Top LPs Chart a few weeks after its release. A collaboration effort with producers Michael Lloyd, Rick Hall, Don Costa, Ray Ruff, Mike Curb and Alan Osmond, Phase III was also warmly received in Canada, where it peaked at number six. Another serious hit, it contained many highlights such as A Taste of Rhythm and Blues, and the previously mentioned Yo-Yo and Down by the Lazy River. Having sold more than a million copies, it soon became The Osmonds’ third Gold certified disc.

At the peak of their career in the early to mid 70’s, The siblings singing group released Crazy Horses in October 1972. A follow up to Phase III, the album featured twelve songs that were mainly hard rock in nature. Upon being made available, it peaked at number fourteen on the Billboard 200 in the United States; it also reached number ten and number nine in Canada and the United Kingdom Respectively. Dubbed as “One of the 500 Best Heavy Metal Albums in the Universe”, Crazy Horses went on to spawn two singlesーHold Her Tight and Crazy Horses, both of which ended up charting at number fourteen on the Billboard Hot 100 Chart. The album was the last of The Osmonds’ before their popularity began to wane in the mid 70’s.

Throughout the years, The Osmonds have released over a dozen more full-length albums, however none ultimately achieved the same level of success compared to those released during their prime years. 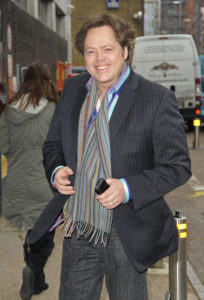 No stranger to television, Jimmy recently took part in the 2016 season of Celebrity MasterChef. A celebrity version of the original culinary reality series MasterChef, the show follows a group of contestants on-screen as they battle it out in the kitchen for a chance to win the title of being MasterChef. The spin-off first premiered on BBC One in 2006 and has since continued for eleven seasons. This year, Jimmy starred in the competition alongside Donna Air, Amelle Berrabah, Tommy Cannon, Amy childs, Liz Johnson, Louise Minchin, amongst numerous others; in the end, British actor Alexis Conran took home the winner’s title.

In tribute to Andy Williams, the man who helped kick off The Osmonds’ musical career back in the day, Jimmy performed a tribute show coined Moon Rover & Me this year. Also celebrating his fiftieth anniversary in the show biz, the youngest Osmond member was seen performing songs such as Can’t Take My Eyes Off You, Music to Watch Girls By, May Each Day and Moon Riverーof course, some of their other chart topping hits from the 70’s also made an appearance at the event. Also present at the event were special guests Emily Penny and Charlie Green who also joined him on the stage.

If you’d like to stay connected and up to date with the youngest member of The Osmonds, you can do so by following him on social mediaーyou can find Jimmy Osmond online on his Twitter twitter (@jimmyosmond). Alternatively, you can also check out his official Facebook page!