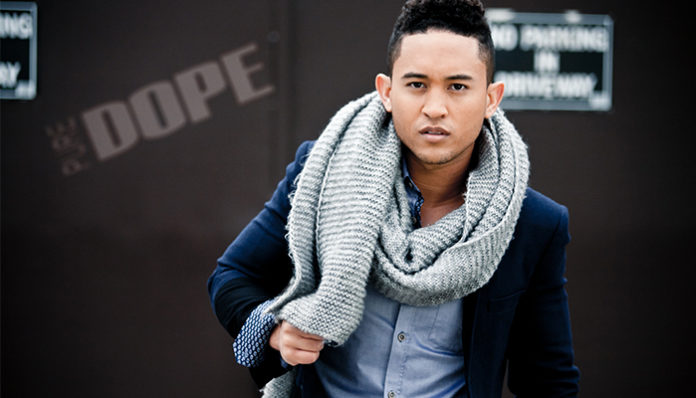 Tahj Mowry is an American actor who is best known for his portrayal of TJ Henderson in the sitcom, Smart Guy. Recruited into the show business at a young age, he first performed in front of the cameras when he was four years old in the family drama, Who’s the Boss (1990). After a short break, he returned to television at the age of seven to play the small role of Jimmy in the comedy series, Where I Live (1993). Continuing to star in a number of projects throughout the 90’s, some of the other shows which he’s appeared in include Out All Night (1993), Aladdin (1994), What a Mess (1995), Full House (1995) and Friends (1996), to name a few. Despite having been in the public eye for many years however, it wasn’t until he was cast as a lead character in The WB sitcom, Smart Guy that he first achieved widespread fame as an actor.

After his breakthrough in the 1997 comedy series, Mowry landed a steady stream of roles on the small screenーa few highlights include Sister Sister (1997), Kim Possible (2002), The Game (2006) and Hey Tucker! (2013). More recently, he has also been playing the part of Tucker Dobbs in the Freeform comedy, Baby Daddy. Having dazzled viewers with his exceptional acting talents ever since he was a child, he received his first award nomination in 1992ーa Young Artist Award for the category of “Exceptional Performance by a Young Actor Under 10.” From there, he has received three more individual Young Artist Award nominations for “Best Performance in a TV Comedy Series”, “Best Performance by a Young Actor in a Comedy TV Series” and “Best Performance in a Comedy TV Movie.” For his breakthrough portrayal in Smart Guy, he also garnered two Image Award nominations for “Outstanding Youth Actor.”

Besides acting in live-action, Mowry has also lent his voice to several animated showsーthe first being that of Sonic the Hedgehog in 1994. Perhaps his best known voice-over role is that of Wade Load from Disney’s Kim Possible series, one which he’s reprised many times over the past years. From his teens into his adulthood, Mowry has also been featured in multiple TV programmings such as The Weird Al Show (1997), The Rosie O’Donnell Show (1998), The Chew (2012), Good Day L.A. (2013), Bethenny (2014), and The Wendy Williams Show (2014). In 2015, he even co-hosted the American talk-show The Real briefly for a couple of episodes.

So what has the actor of Smart Guy fame been up to these days? What on-screen projects have he been partaking in lately? What happened to Tahj Mowry? Where is he now in 2018? 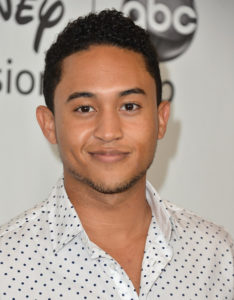 Born on May 17, 1986, in Honolulu, Hawaii, Tahj Dayton Mowry is the son of Timothy John and Darlene Renee Flowers; his parents met in high school and eventually enlisted in the U.S. Army together prior to the birth of their children. The younger brother of twin sisters Tamera and Tia Mowry, both of whom also work in the show business, Mowry also has a younger brother named Tavior; they are of Afro-Bahamian and English descent. Although born in the American islands of Hawaii, Mowry moved with his family to California as a young child. Raised in a Christian family, he made his television debut at the tender age of four in the ABC sitcom Who’s the Boss? (1990). After his one-off role on the small screen, he landed his first recurring role in the popular comedy, Full House (1991) alongside actors such as John Stamos, Bob Saget, Dave Coulier and Candace Cameron.

Slowly rising as a child actor in the early 90’s, Mowry went on to appear in the NBC comedy Out All Night (1992) at the age of six; in it, he played the part of a boy named Shavon who appeared for five episodes. Before long, Mowry who was still in elementary school at the time, landed a role in another ABC sitcom called Where I Live (1993). Winning over television viewers with his natural and talented acting, he was eventually cast as minor, recurring characters in Sister Sister (1994) and Aladdin (1994). As a teen, Mowry went to Westlake High School located in Thousand Oaks, California, where he was a member of the varsity football team. After his high school graduation, he went to Malibu’s Pepperdine University part-time to study merchandising. At one point, Mowry also played a season of football at the University of Wyoming and at the Savannah State University. 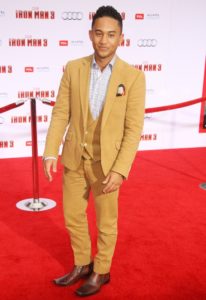 In addition to having been a young actor in the 90’s, Mowry also got his start in voice-acting during that time period. In 1994, he stood behind the microphone and lent his voice to an animated character for the first time in the series, Sonic the Hedgehog. Based on a video game of the same name, the cartoon took place in a fictional dystopian fantasy world known as Planet Mobius; set within that realm, the show revolved around Sonic and his battles with a warlord called Doctor Robotnik. While Jaleel White provided the regular voice of Sonic the Hedgehog in the series, Mowry was behind the voice of young Sonic who was featured in a two part episode entitled “Blast to the Past.” The second cartoon of the franchise, Sonic the Hedgehog carried on for two seasons on the ABC Network before ending in December 1994.

The following year, Mowry returned as a voice-actor in the Disney animated television series, Timon & Pumbaa (1995). Featuring the characters of Pumba and Timon from the 1994 blockbuster The Lion King, it premiered simultaneously on several channel in September 1995 and was the first media of its franchise to involve humans in its storyline. The winner of three Daytime Emmy awards, the cartoon was a hit amongst younger audiences. Starring the voices of Quinton Flynn and Michael Gough as Timon and Pumbaa respectively, Timon & Pumbaa continued for over eighty episodes and eventually ended after three seasons in September 1999.

Eventually finding himself back in front of the cameras for live-action series, Mowry landed a small role in the shows Star Trek: Voyager (1996) and Minor Adjustments (1996). That same year, he also made a cameo in the ever-so-popular NBC sitcom, Friends in an episode entitled “The One After the Superbowl (Part one).” 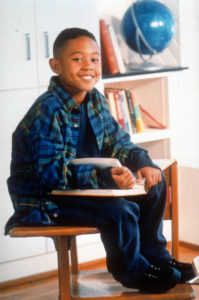 Seven years after his television debut, Mowry received a break in his career when he landed a starring role in the American sitcom, Smart Guy. Created by Danny Kallis, the series was a collaboration effort between Danny Kallis Productions and de Passe Entertainment; it was also produced in association with Walt Disney Television. Originally released in the spring of 1997, the show follows the life of a child prodigy named T.J. Henderson who finds himself attending the same high school as his older siblings after moving from elementary school straight to the tenth grade. While Mowry played the part of Henderson, actor Jason Weaver and actress Essence Atkins portrayed the role of his older brother and sister respectively.

Other cast members in Smart Guy include John Marshall Jones, Omar Gooding and Anne Marie Johnson, the latter of whom only made an appearance in the pilot. Quickly becoming a fan favourite upon its air in April 1997, the comedy received a handful of award nominations including one from the American Cinema Foundation in 2000. One of the most popular sitcoms at the time, it ran on television for three seasons, spanning a total of fifty-one episodes; after a successful and triumphant run on the small screen, Smart Guy came to an end in May 1999. Praised for his performance in the series, Mowry garnered multiple award nominations including two for the NAACP Image Award, and three for the Young Artist Award. 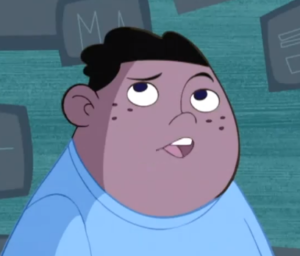 In 2002, Mowry received another break on television but this time, it was as a voice actor. His first major voice-over role since Sonic the Hedgehog back in 1994, he was cast as a ten year old genius in the animated children’s show, Kim Possible. Created by Mark McCorkle and Bob Schooley exclusively for the Disney Channel, the cartoon followed the life of female protagonist Kim Possible, a teenager who finds herself having to deal with various tasks every day from crime fighting to school-related issues. In the animated series, the actor lent his voice to a character named Wade Load, the third member of Team Possible while Christy Carlson Romano and Will Friedle were the ones behind the voices of Kim Possible and Ron Stoppable.

Heavily praised for its animation, dialogue and dynamic of characters, it was nominated for a Primetime Emmy Award for “Outstanding Children’s Animated Program” in 2005. The highest-rated and most watched TV show on the Disney network in the early 2000’s, it continued for four seasons; by the time it was over, it had spanned over eighty episodes. In 2003 and 2005, two TV movies were also released for the franchise called Kim Possible: A Sitch in Time and Kim Possible Movie: So the Drama respectivelyーnaturally, Mowry also reprised his role as Wade in the films. 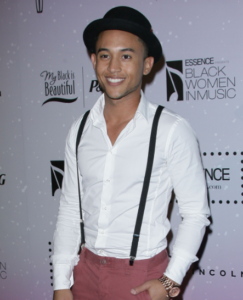 This year, Mowry has received a fair share of on-screen time reprising his role of Tucker Thurgood Marshall Dobbs in the American sitcom, Baby Daddy. First premiered on the Freeform Network in June 2012, the show revolves around a man named Ben, who gets the shock of his life after a baby is left at his doorstep by a woman whom he’d shared a one-night-stand with previously; recruiting the help of his brother and two close friends, he ultimately makes the decision to raise the little girl. While actor Jean-Luc Bilodeau played the part of Ben, Mowry played that of TuckerーBen’s roommate and long-time best friend. Nominated for numerous awards, Baby Daddy has attracted a loyal viewer base throughout its run; it is currently on its fifth season, which only just began to air in September 2016.

In other holiday-appropriate news, the actor was spotted hitting up the black carpet at the annual Knott’s Scary Farm 2016 event on September 30, 2016, alongside American singer Jordan Fisher. Held at Knott’s Berry Farm in Buena Park, California, the Halloween attraction boasts over a dozen haunted attractions this year (including a Special Ops: Infected maze)ーlet’s also not forget about the hundreds of monsters who are employed to roam the park. Knott’s Scary Farm opened on September 22, 2016 for the horror season and will continue right through until October 31, 2016. Anyone looking for a scare on Halloween should definitely go pay the park a visit!

If you’d like to stay connected with the actor of Smart Guy fame, why not give Tahj Mowry a follow on social media? You can find the former child star on Twitter as well as on Instagram under the same username @Tahj_Mowry. While you’re at it, make sure you also drop by his official website for the latest news!